My journey on Saturday was admittedly originally about quantity rather than quality; I wanted to see how many temples I could do in a day. We visited two large and interesting temples alongside several smaller temples, making a total of 6. The small shrines and temples are always a pleasure to visit despite being fairly similar. It feels a bit like entering a puzzle game or mystery novel as there is usually no information as to who built it, when it was built or even what god it’s trying to venerate.

While the tiger temple (see here) was pretty obvious in its intended purpose, the three smallest shrines and temples we visited were pretty sparse on the information front. My very useful book (Exploring Kyoto: On Foot in the Ancient Capital – Judith Clancy) did give a little information but it was mostly interested in the large temples (probably because she couldn’t find much on the small temples either). Regardless, the smaller shrines and the journey along the way were interesting and at least visually stimulating even if there was no historical backdrop to fit them into.

Please refer to my handy map for where we went. You will see that these temples fit very nicely into a route between the main temples of Sekizan Zenin (temple 2) and Manshu-in (temple 4).

The first small temple we visited we nearly missed. I had forgotten all about it despite it being in my walk book, and its discovery was thanks to its best feature – this temple’s gate is also a bell-tower. We stopped to look at it before realising that it was a temple. A pleasant surprise. 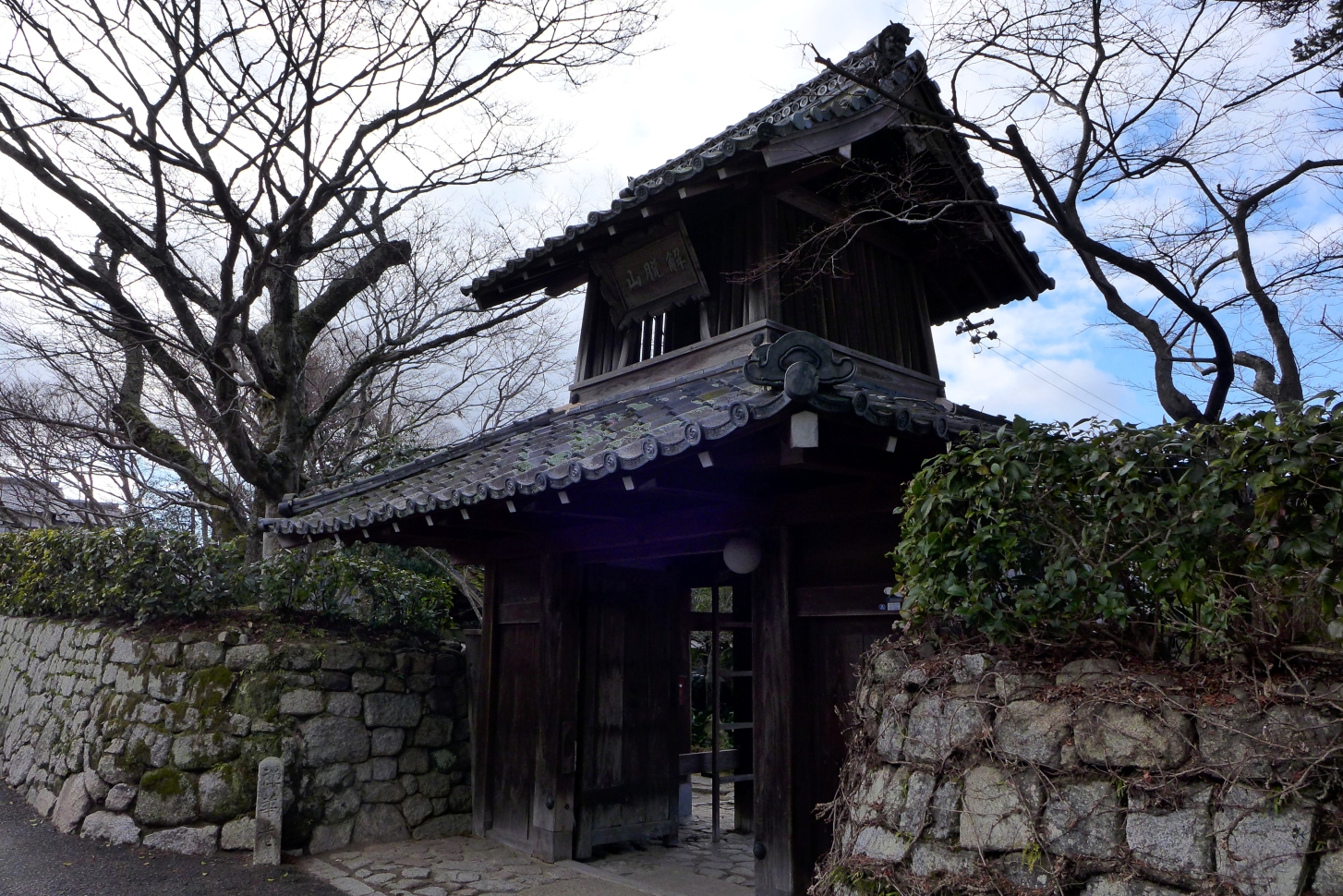 This temple was Zenkain 禅華院 (3 on the map), an Edo period temple with some wonderful architecture. The bell tower led into a small garden surrounded by walls and a small open shrine area opposite the gate. Usually there is a figure or important looking ceremonial object in the area for prayer but this temple had a simple screen and flower arrangement which was refreshing. We also discovered a tiny door in one of the walls next to a gate. Perhaps it’s an Edo-period cat flap.

The garden may have been designed by Kobori Enshu, according to our friend Judith Clancy, but it is pretty vague as to whether he actually did. It could be yet another temple creation myth. Kobori Enshu was a famous garden designer and tea ceremony master of the Edo period who designed many gardens of castles including Kyoto’s Nijo castle. Perhaps he also happened to design the garden of a tiny temple on the outskirts of Kyoto, a smaller garden must be a nice change from grand castles and bossy Daimyo (lords). 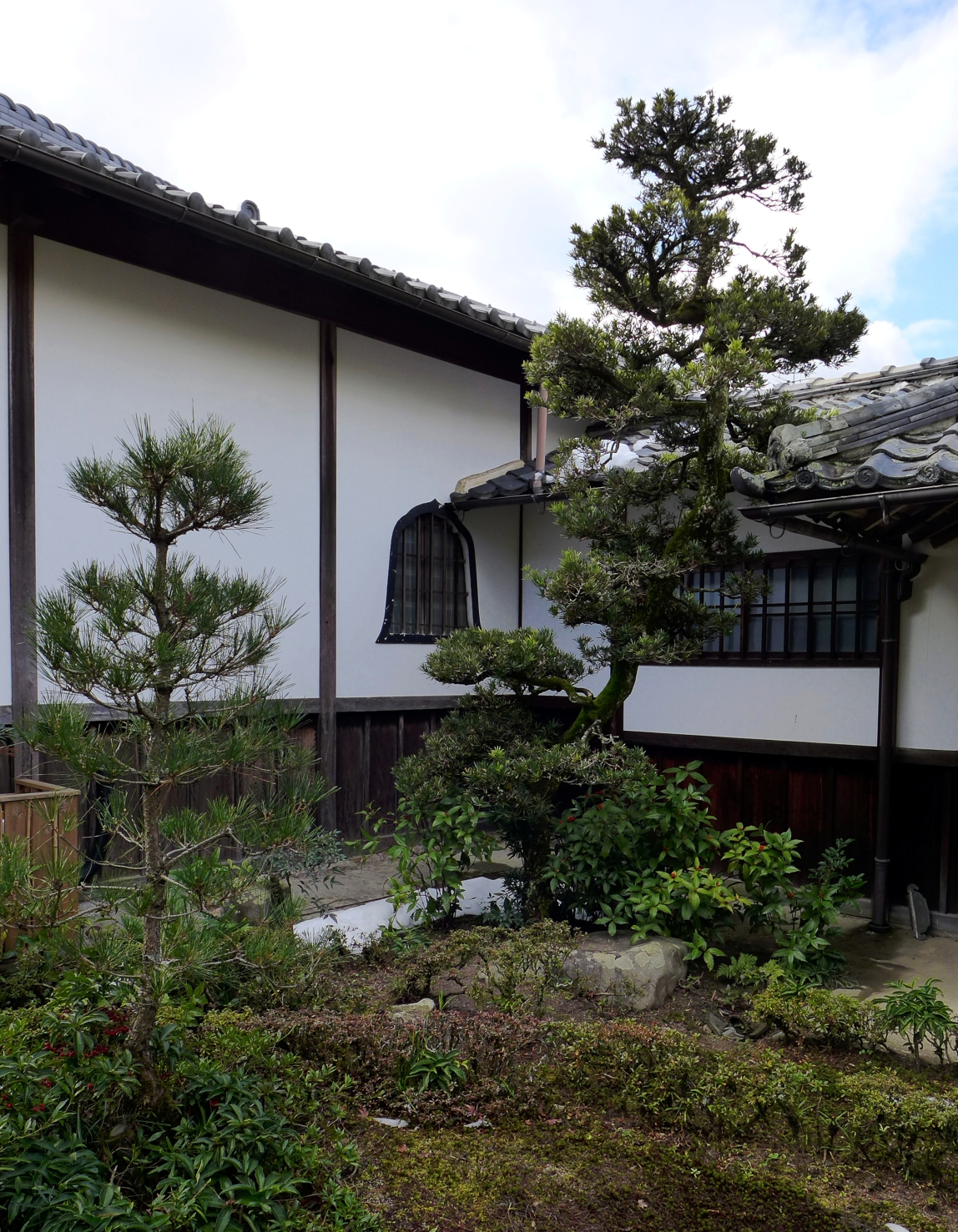 Zenkain also has several statues that date back to the Kamakura period to the right of the gate as you enter. These are statues of Amida Nyorai, Kannon and Jizo. They appear to have been left to the elements but they’ve been around since the 12th Century so they’re probably fine with a little rain. 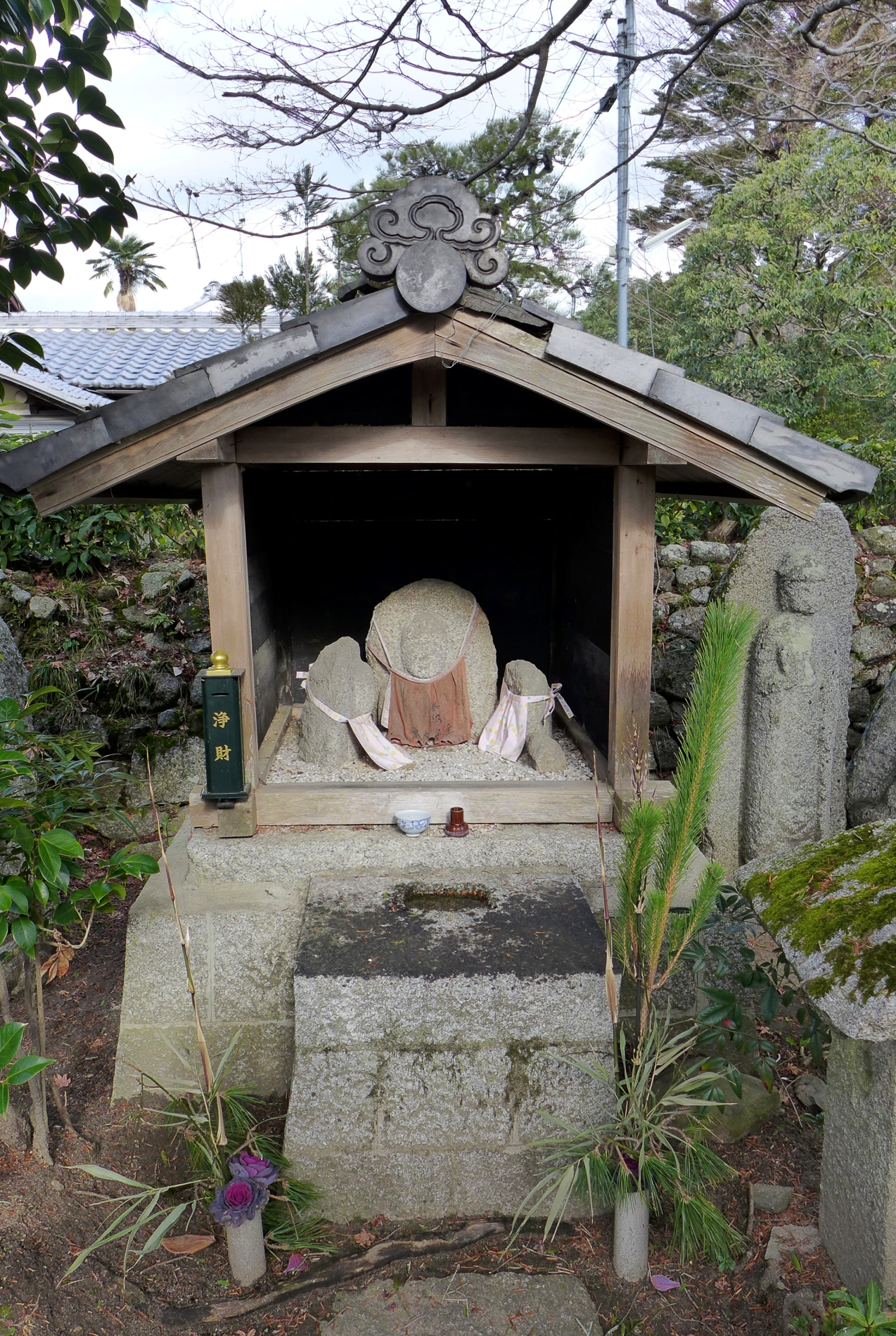 Our next temple was Manshu-in’s Shinto cousin, Manshu-in Tenmangu 曼殊院天満具 (5 on the map), a small shrine opposite the much larger Manshu-in (see post here). This was certainly a mystery shrine – we had no information from the book (not on the walk despite being next to Manshu-in) and there were no signs or people to glean information from. There was a noodle shop but they probably wouldn’t welcome enquiries about the shrine. 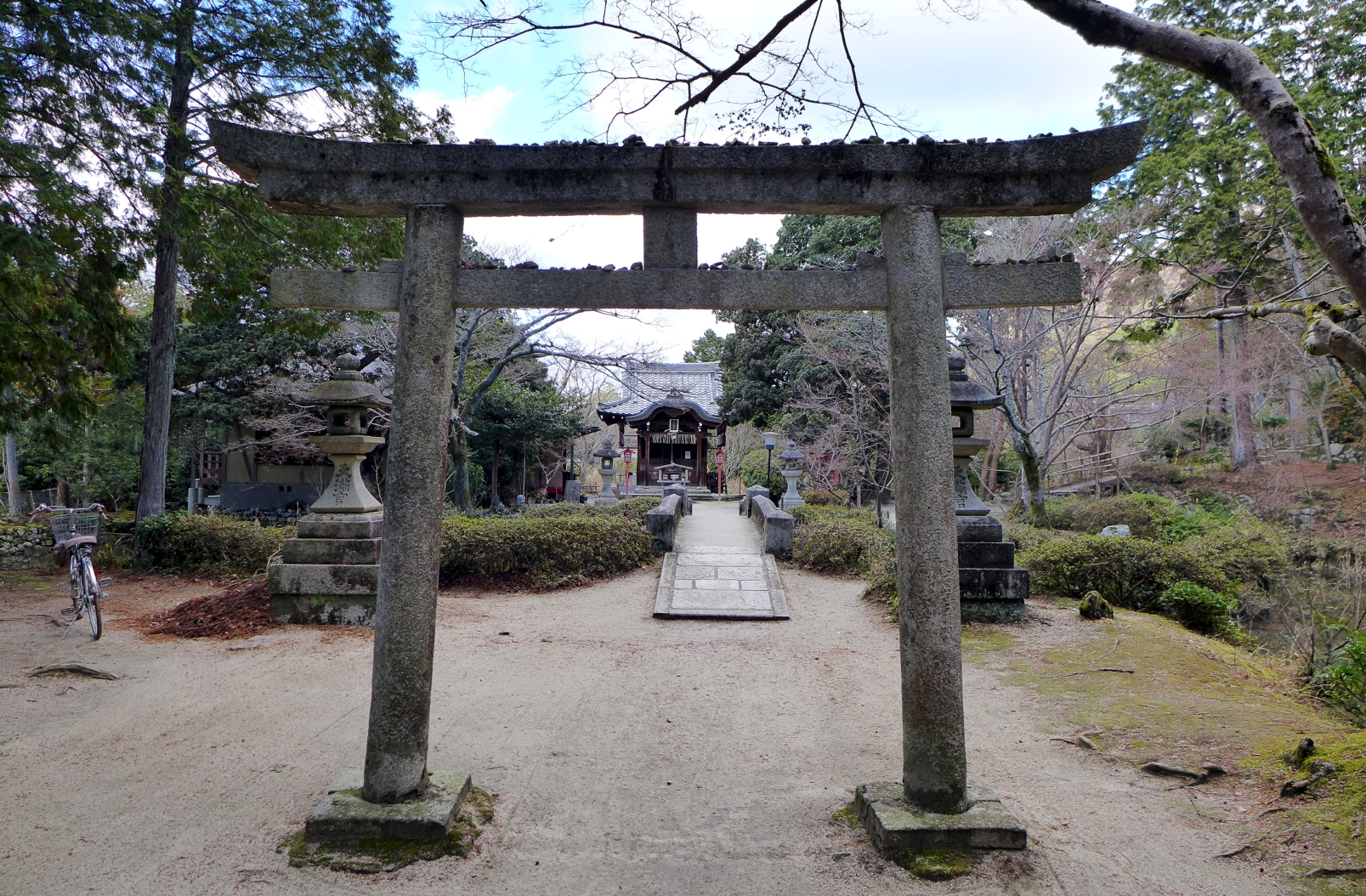 I did a little research and learned that the two shrine buildings are dedicated to different gods. The first pictured is dedicated to Benzaiten, the only female member of Japan’s seven lucky gods (who we have seen quite a bit recently). She is the goddess of knowledge, art and beauty. 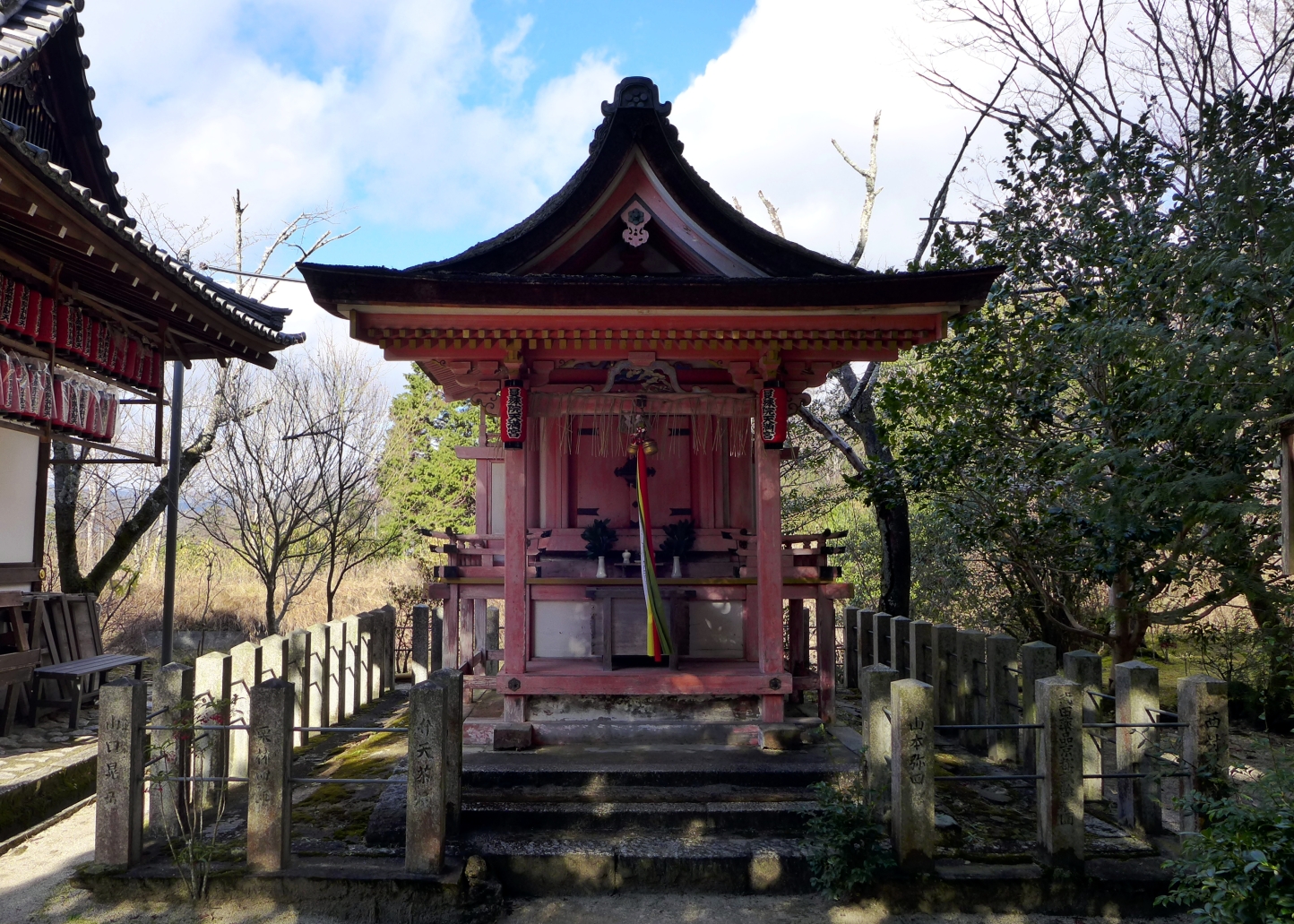 Next to the goddess of knowledge sits a structure dedicated to Sugawara no Michizane, a scholar of Heian period Japan who was so learned that he is now revered as the god of learning by the name of Tenman-tenjin, hence the temple’s name ‘Tenmangu’. This combination creates a shrine fit for a student – pray here and perhaps all your exam worries will melt away. We were visiting just over a week before finals for this term so hopefully the luck will rub off!

There was also a pond with lots of very beautiful koi, so I assume someone comes to feed them and it’s not always completely deserted.

Our final stop on our temple extravaganza was Saginomori Shrine 鷺ノ森神社 (6 on the map), a Shinto shrine with an actual person which meant we could get our books stamped. Sadly when they stamped my book the red stamp didn’t take ink properly so it’s a bit faded, I don’t really mind though. The man apologised and looked guilty so I can’t really be annoyed. 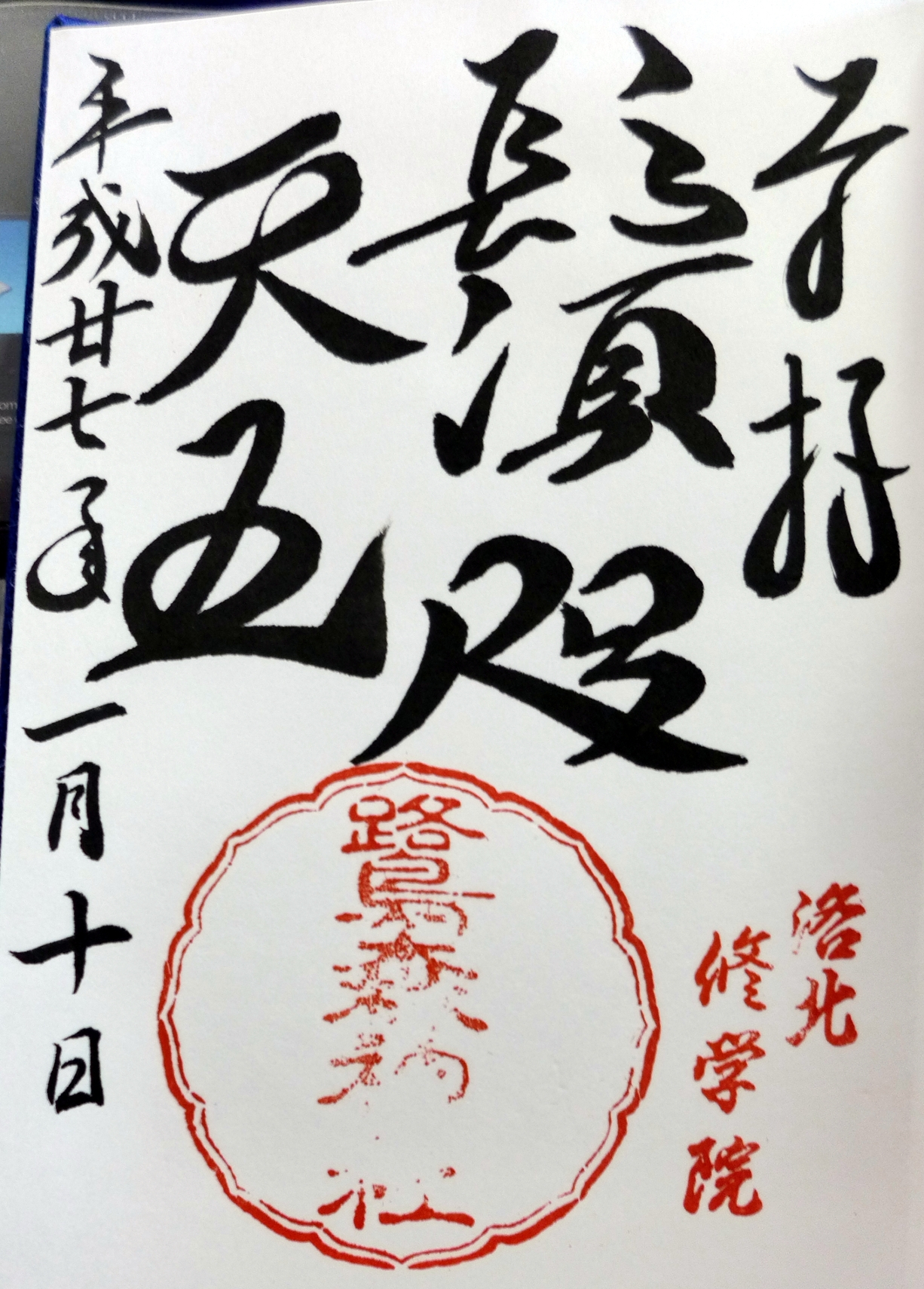 This shrine was established in the 9th Century but was moved to its present location in the 17th Century. It is fairly generic as Shinto shrines go and doesn’t seem to have as much history as many. However, it is located in a forest and has a great sacred tree and guides all say that it’s a great place to visit for plum blossoms, so maybe I will return when they are in bloom. 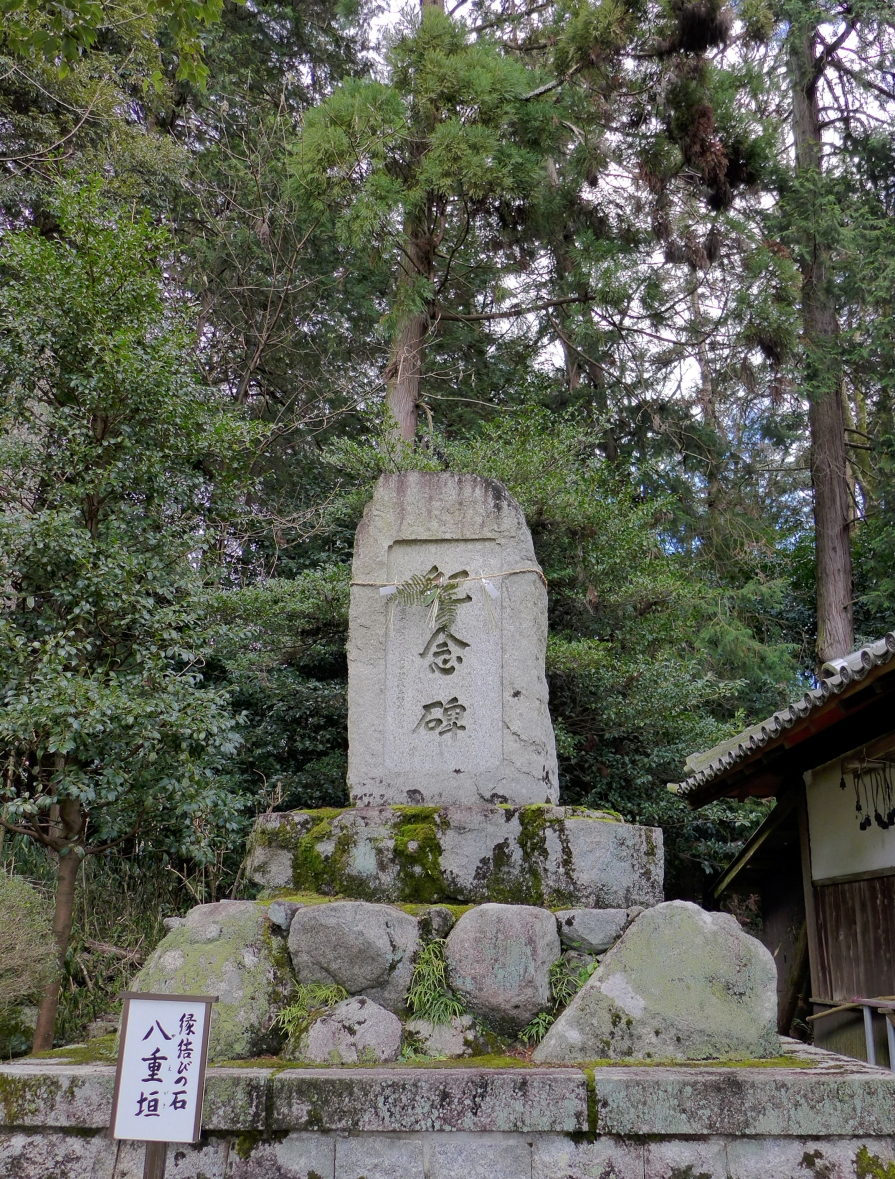 As well as these temples I really enjoyed the walk; we were close to the mountains and they still have snow from the big fall at the start of January, making them look like they are covered in icing sugar. We also spotted some slightly creepy scarecrows, some small Jizo statues dedicated to travellers and a speaker that had been inexplicably thrown in the river and was amazingly still intact. Perhaps to others that would be unremarkable but in Japan there is barely any litter so to think someone violated the proper procedure of getting rid of speakers (on which there are several leaflets, I am sure) is amazing. I mean, a little rubbish may be excused as an accident, but someone hurling speakers into a river in Japan?! Unheard of. 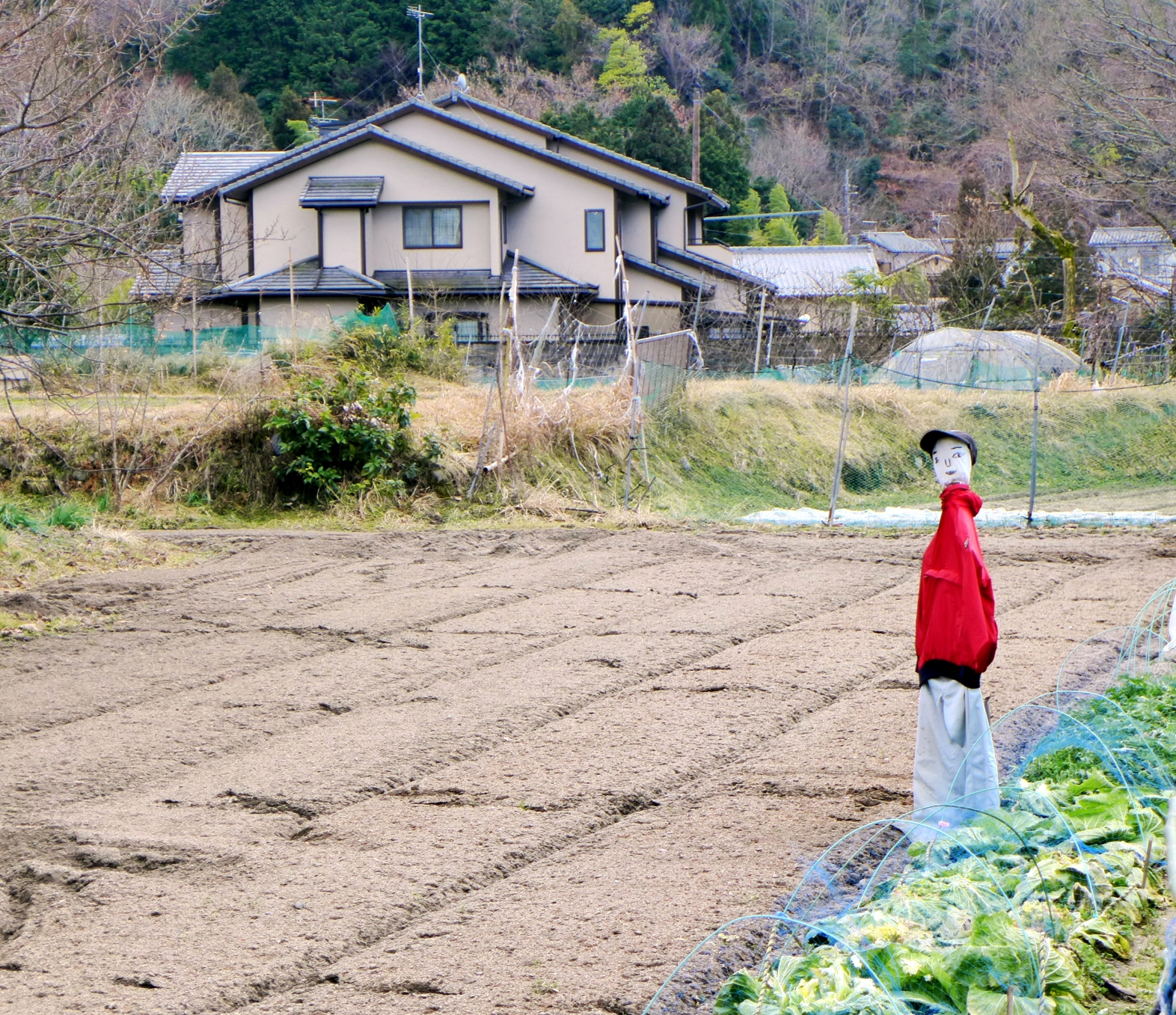 I have also finished one whole side of my stamp book (it folds out like a screen) and I will be sure to post a full picture of that side soon!