On Saturday my friend and I elected to take the day off from worrying about the upcoming end-of-term exams (next week), and went on the hunt for temples. I had recently bought “Exploring Kyoto: on Foot in the Ancient Capital” by Judith Clancy, which has 30 different walks all around Kyoto. These walks cover loads of temples and contain a lot of information about the temples and even recommends places to eat. I would strongly recommend this book for people visiting or living in Kyoto. We decided to follow the Shugakuin area walk, and although we ended up deviating from it quite a bit this book was definitely a great starting point; I hadn’t heard of any of these temples before.

Today I will talk about two of the temples we saw and soon I’ll write about the rest; we visited 6 temples and got 4 stamps which is probably a personal best for me! It also only took about 3 hours to go round all of them. Observe my wonderful map to see where we went.

The first temple we went to wasn’t actually on the walk route at all, but google maps informed me it was nearby, and as we were keen to see as many temples as possible, we stopped to check it out. This temple was Donyu-ji 道入寺, a temple dedicated to the tiger, the third animal of the Chinese zodiac. This temple is part of a 12 temple pilgrimage around Kyoto, with each temple dedicated to one of the animals of the Chinese zodiac.

The purpose of the pilgrimage is to honour the god Myoken, the bodhisattva that is the incarnation of the North star. This was a popular pilgrimage prior to 1868 but its practice waned with the anti-Buddhist campaigns in the early Meiji period (see this post for more information on the division of Shinto and Buddhism in 1868). This practice was revived by the Nichiren Buddhist sect in 1986 and is now a relatively popular pilgrimage circuit in Kyoto.

The idea is that you start your pilgrimage at the temple of your birth sign, I would be the rooster as I was born in 1993. You can also start it on the current Chinese zodiac year, which is currently the year of the horse (it will become the year of the sheep in February). I failed to start on either so I haven’t done it properly and probably won’t get any long life or happiness out of it. I would still like to visit all the temples, as I like the animals. The temples on the pilgrimage route sell a scroll that you can get stamped at each temple on the pilgrimage, it cost 3,500円 so I decided to pass. 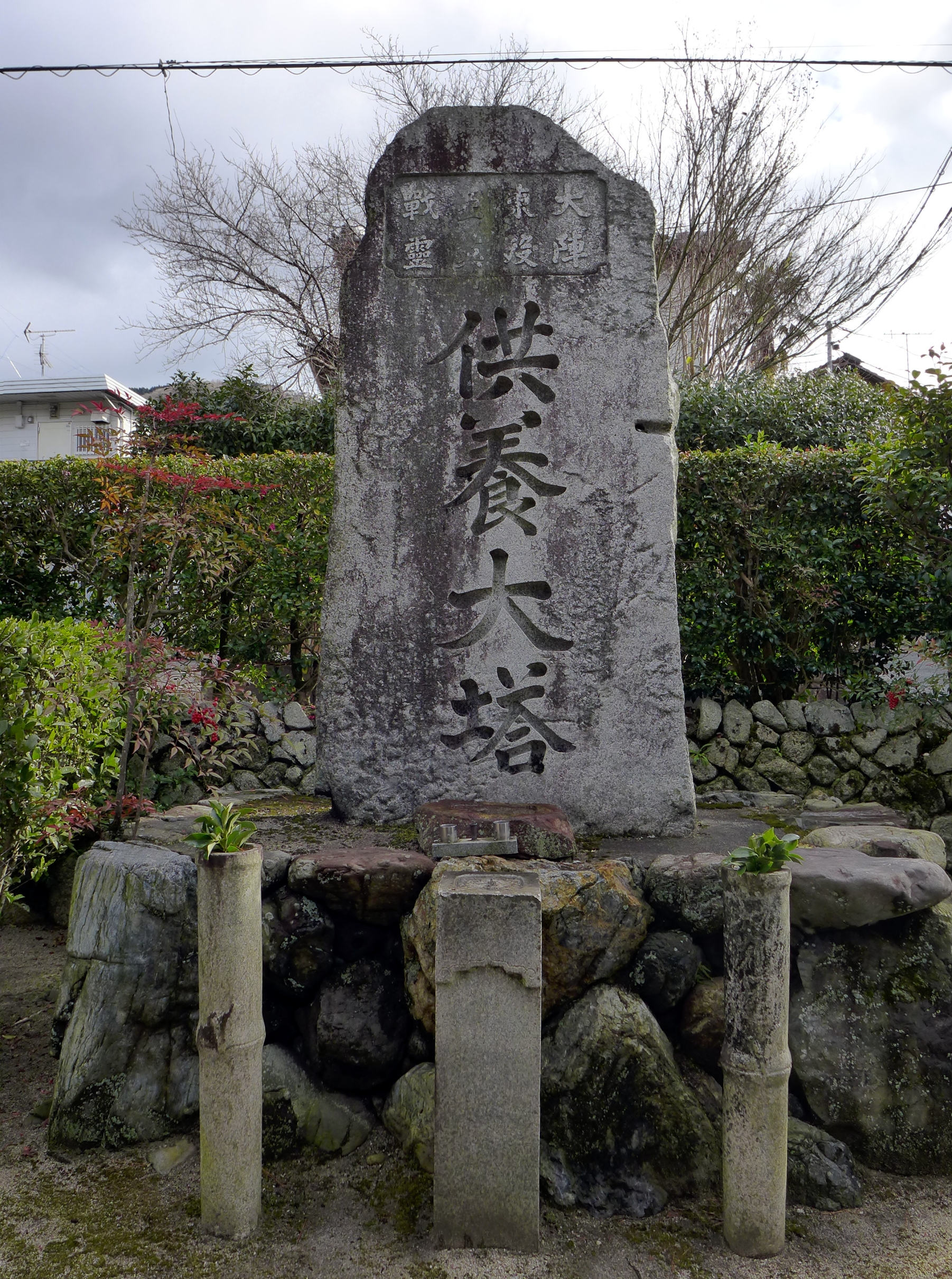 There were quite a few tiger pictures in the temple and a very nice garden out the back. We had to ring the bell to get our stamps done but the lady was very nice and complemented us on our Japanese as old ladies are wont to do. 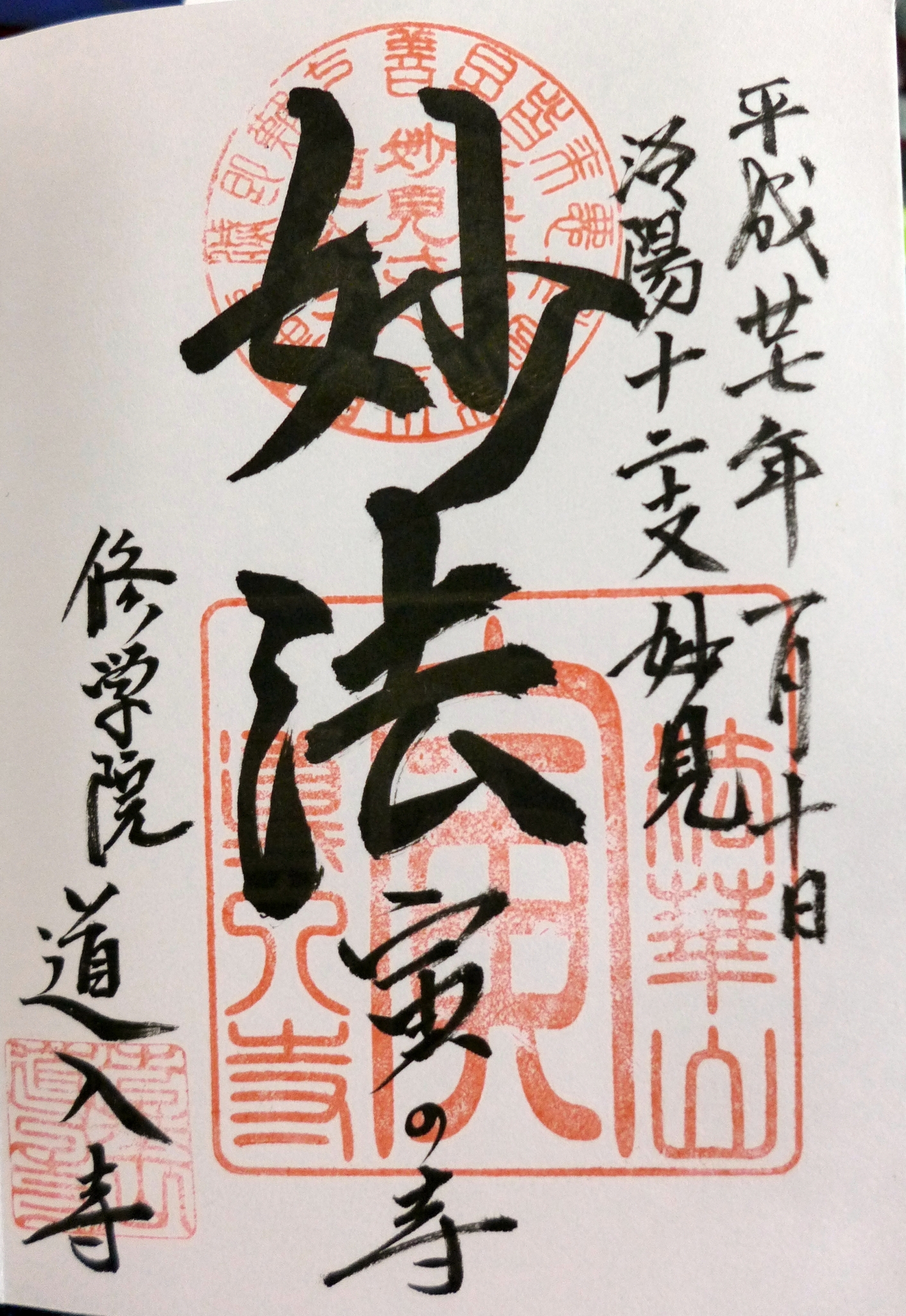 The fat tiger statue in the entranceway was supposed to bring long life and happiness. I’m not sure if fat tigers in the wild have long happy lives, perhaps those in captivity do though. I’m sure there’s a poignant message on today’s society or the meaning of life there somewhere. 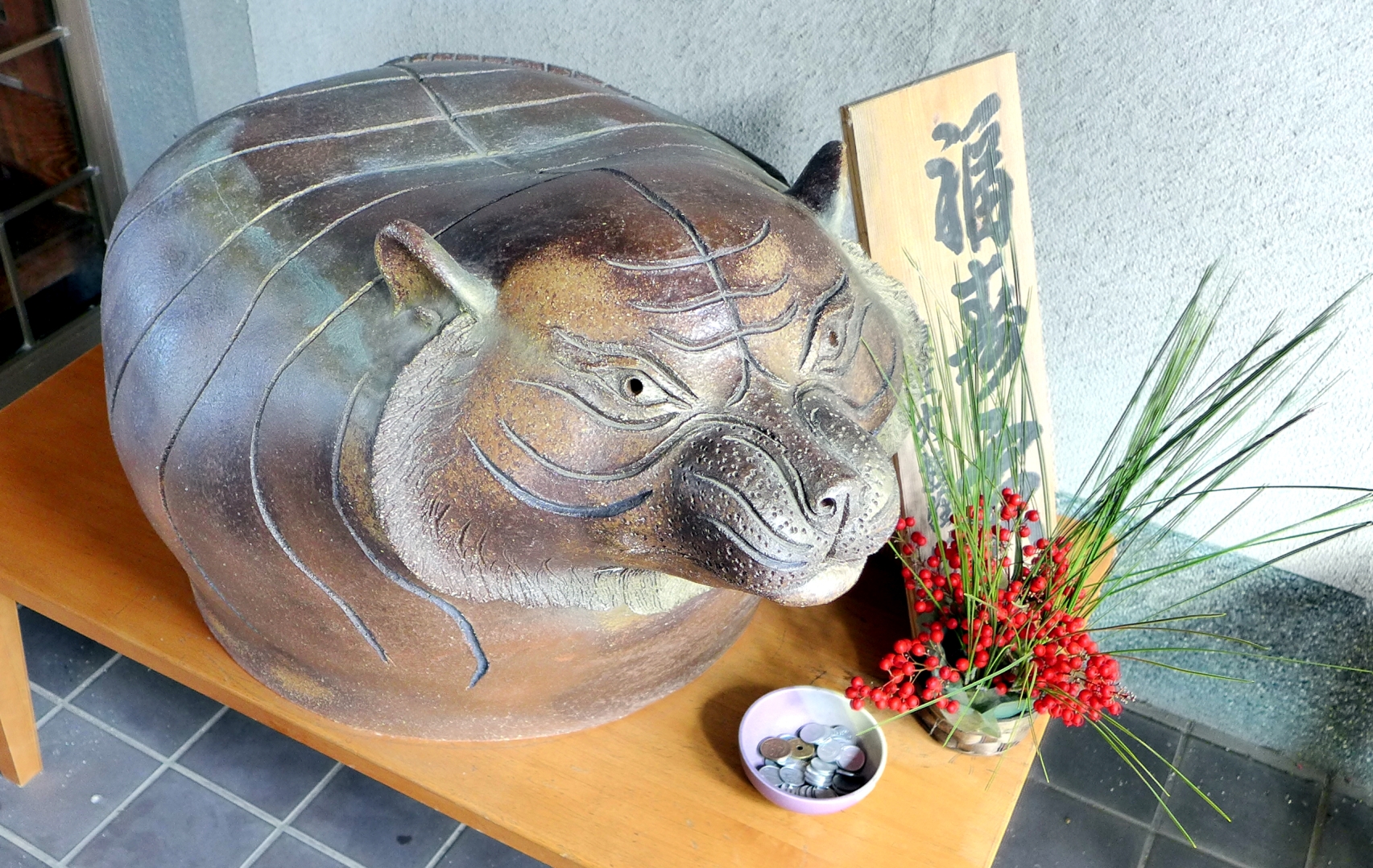 The second temple we visited was North of Donyu-ji, and was much larger. I kept calling it the ‘mossy temple’ when I was sorting my pictures for this post because it was very lush and green everywhere around the temple. It was slightly higher up towards the mountains and was submerged in nature in a way that temples in the town are not. It is located in the North-East, the so called ‘Devil’s Gate’ 表鬼門 direction, infamous in Chinese tradition for letting in bad luck and evil spirits. This temple is said to guard the city from these spirits. 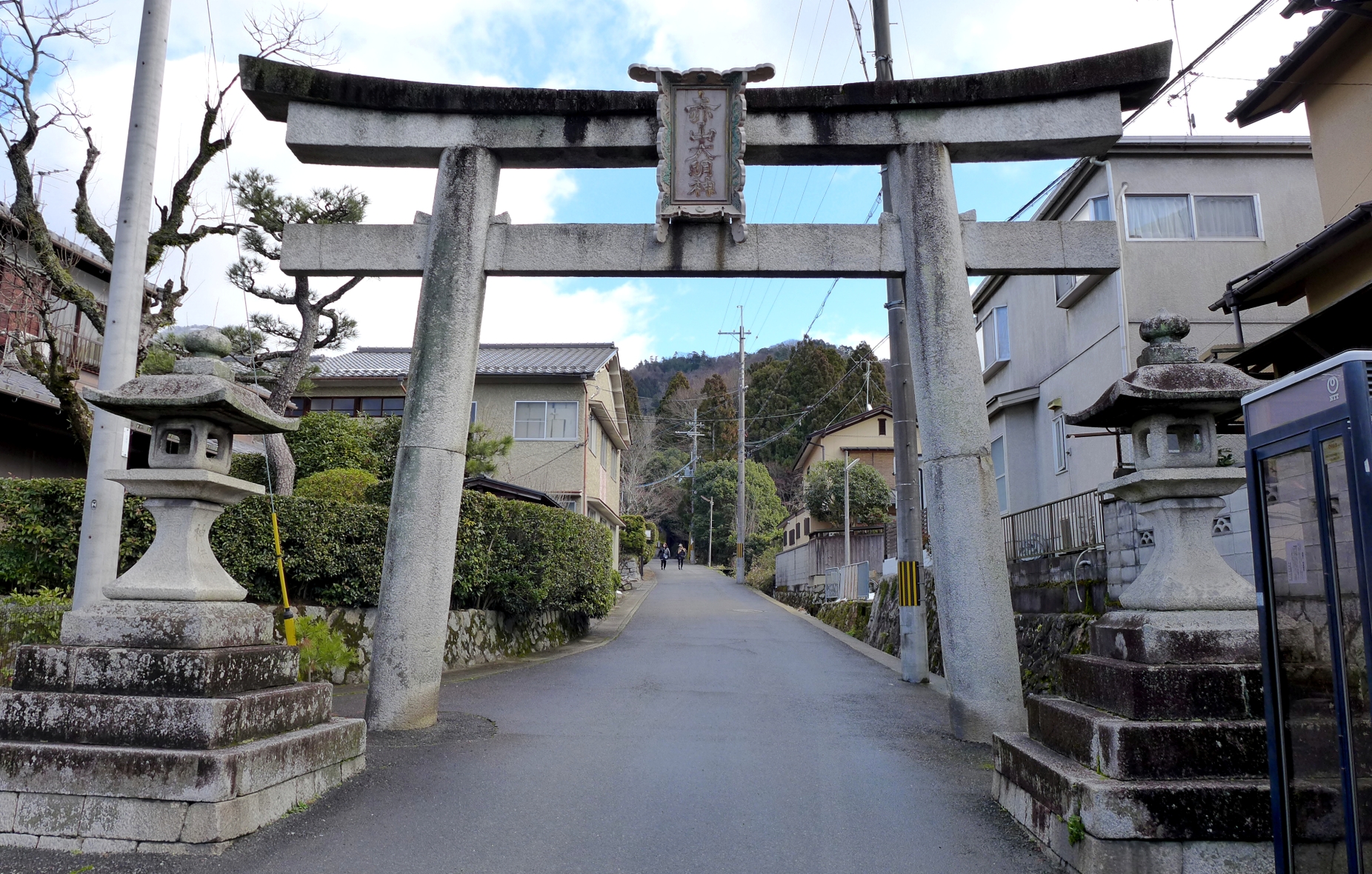 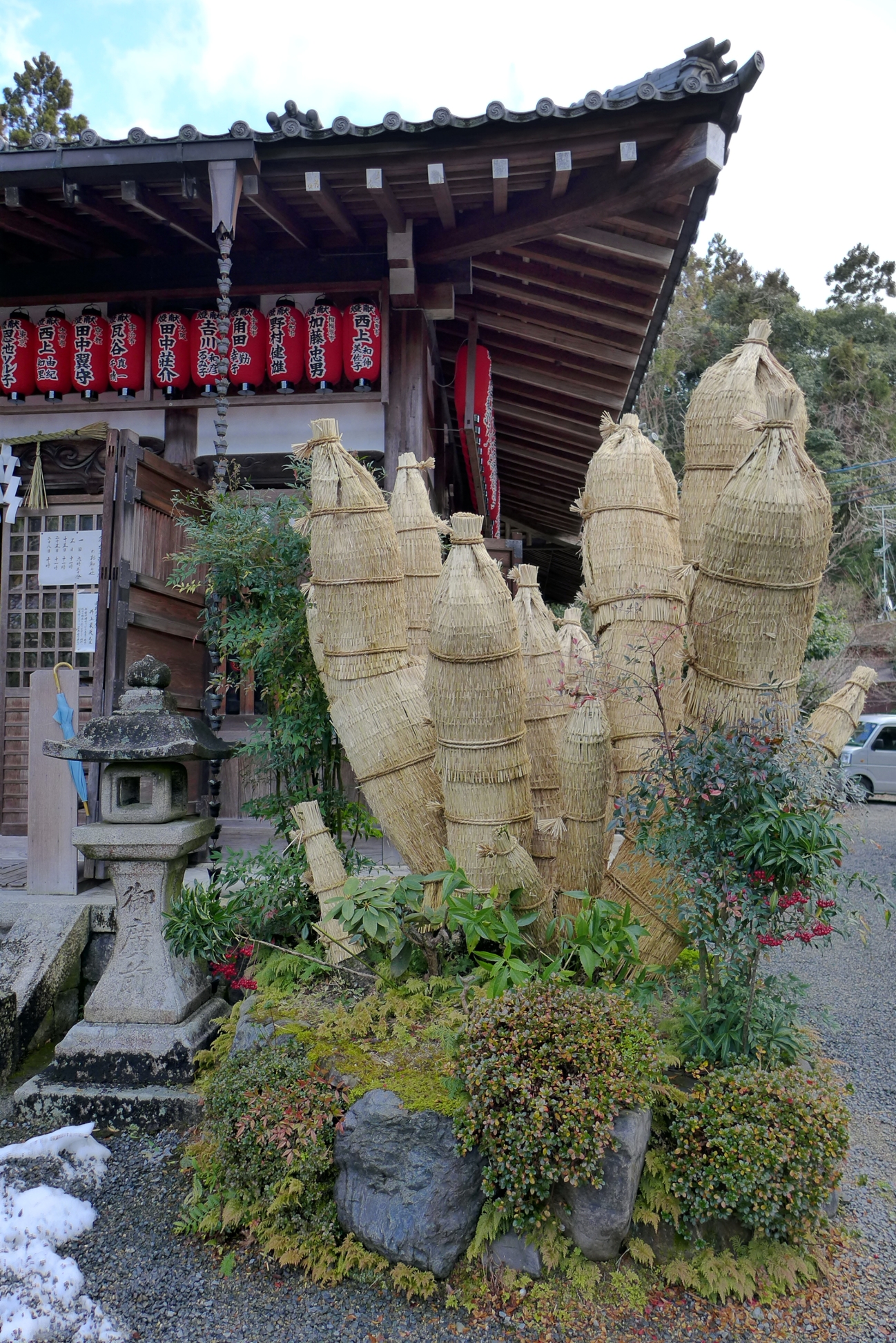 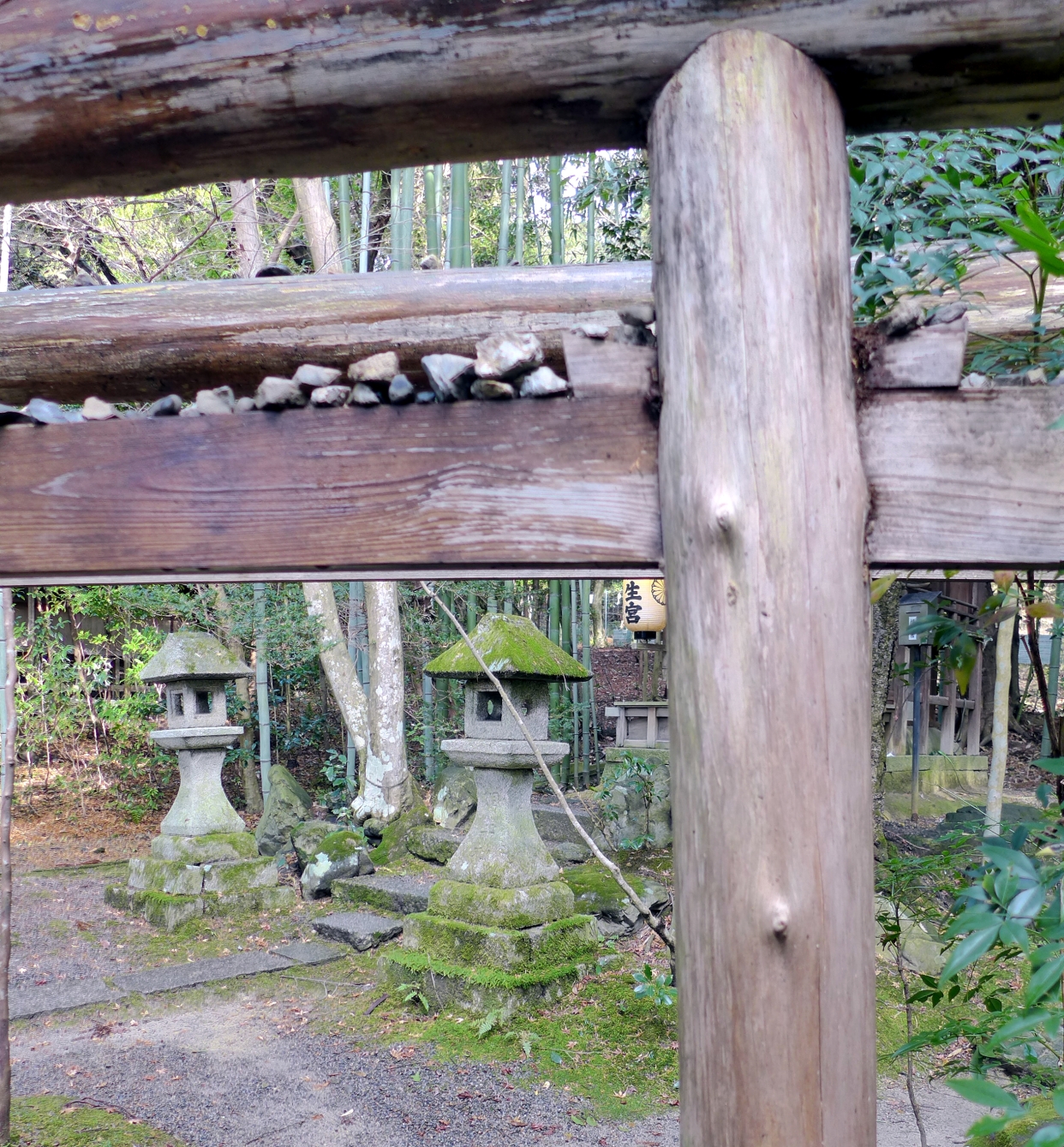 This temple was Sekizan Zenin 赤山禅院, a Buddhist temple belonging to the Tendai sect, which was founded in 888. Like most temples it has its foundation story. The famous monk Ennin, a great priest of the Tendai school, travelled to China to bring back important Buddhist texts. Upon his return his ship was turned back twice by terrible storms. Desperate to return to Japan alive, Ennin prayed to the god Sekizan Myojin, a Chinese god, promising that should he return safely to Japan he would build a temple in the god’s honour. 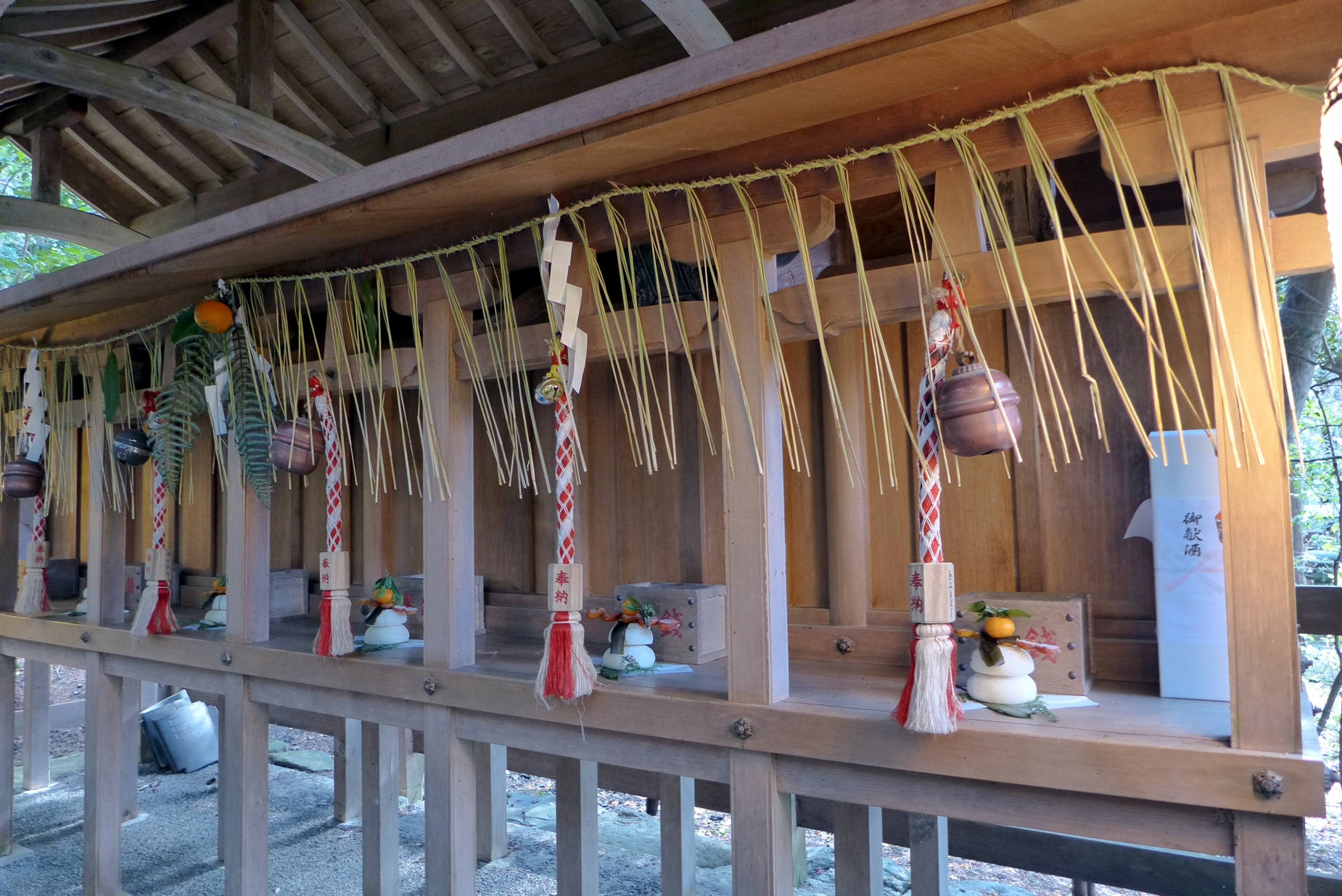 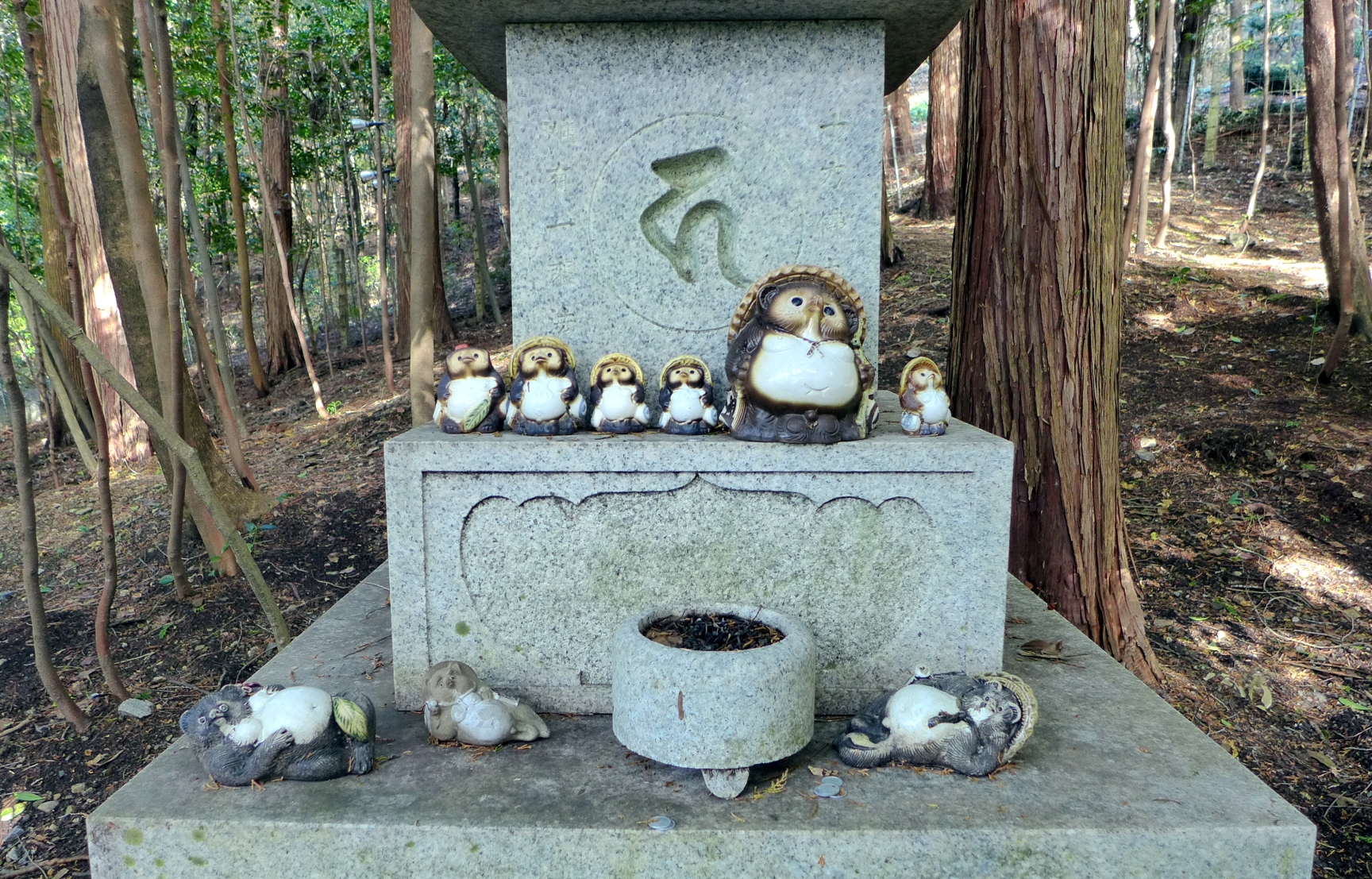 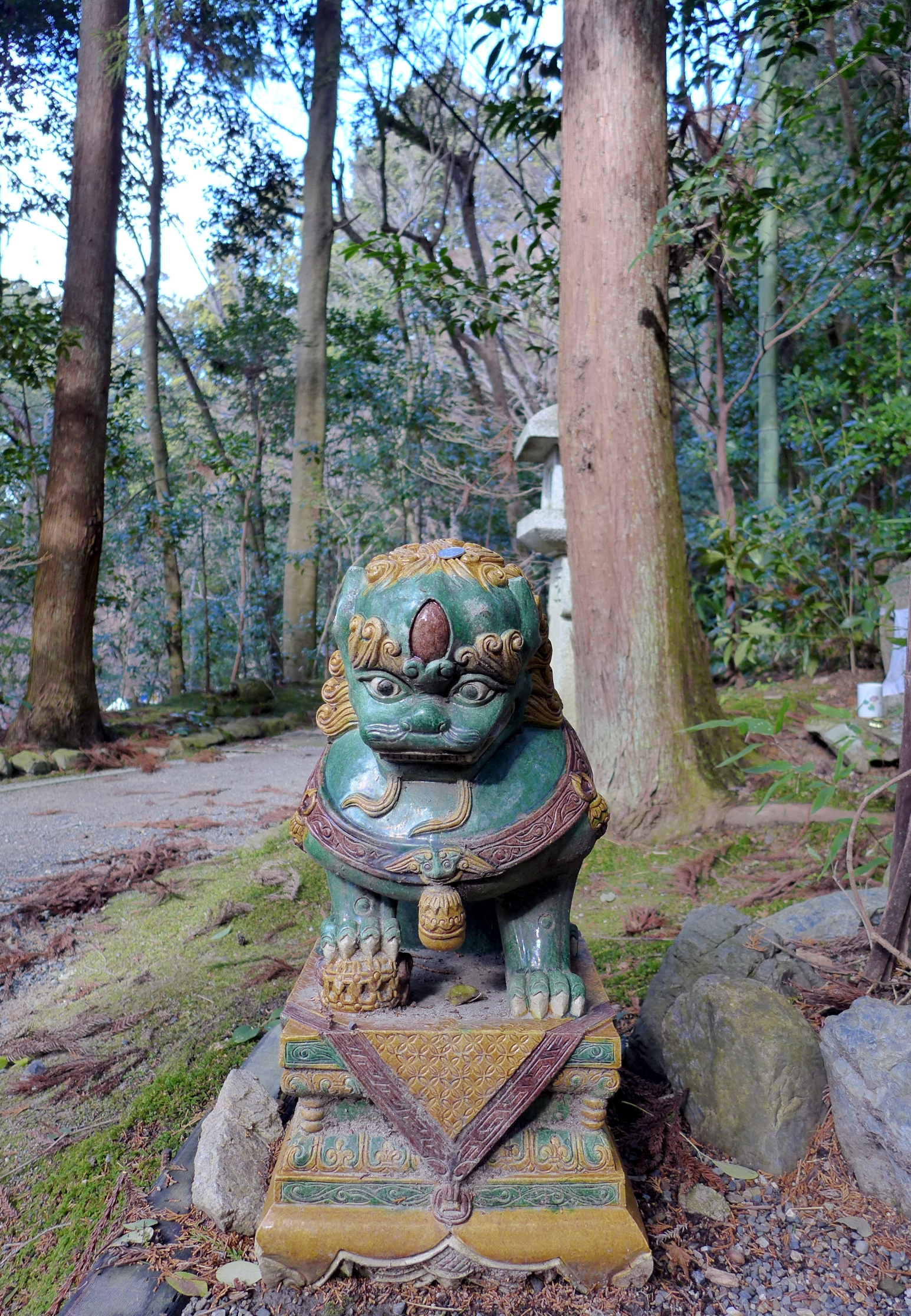 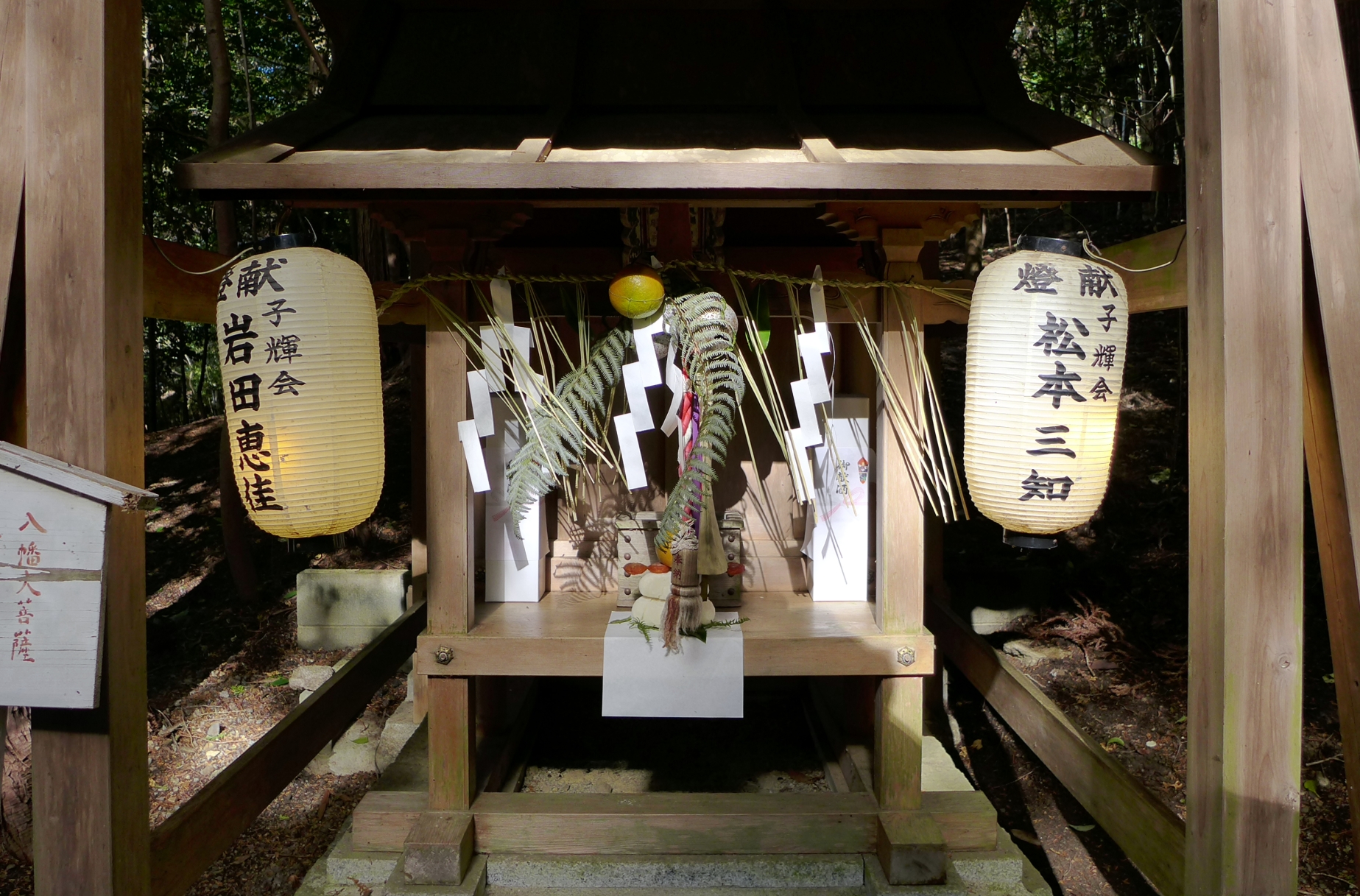 Ennin returned safely to Japan on the third try but he became busy with Tendai business and failed to construct the temple to the god that had helped him. On his deathbead he requested that a temple be built in Sekizan Myojin’s honour, resulting in the construction of Sekizan Zenin. Some scholars question the existence of a Chinese god of that name and suggest that the god Sekizan Myojin was made up in the conflict between the mountain and temple schools of Tendai Buddhism; the temple branch already exclusively had the god Shinra, so perhaps Sekizan was invented to even up the playing field. 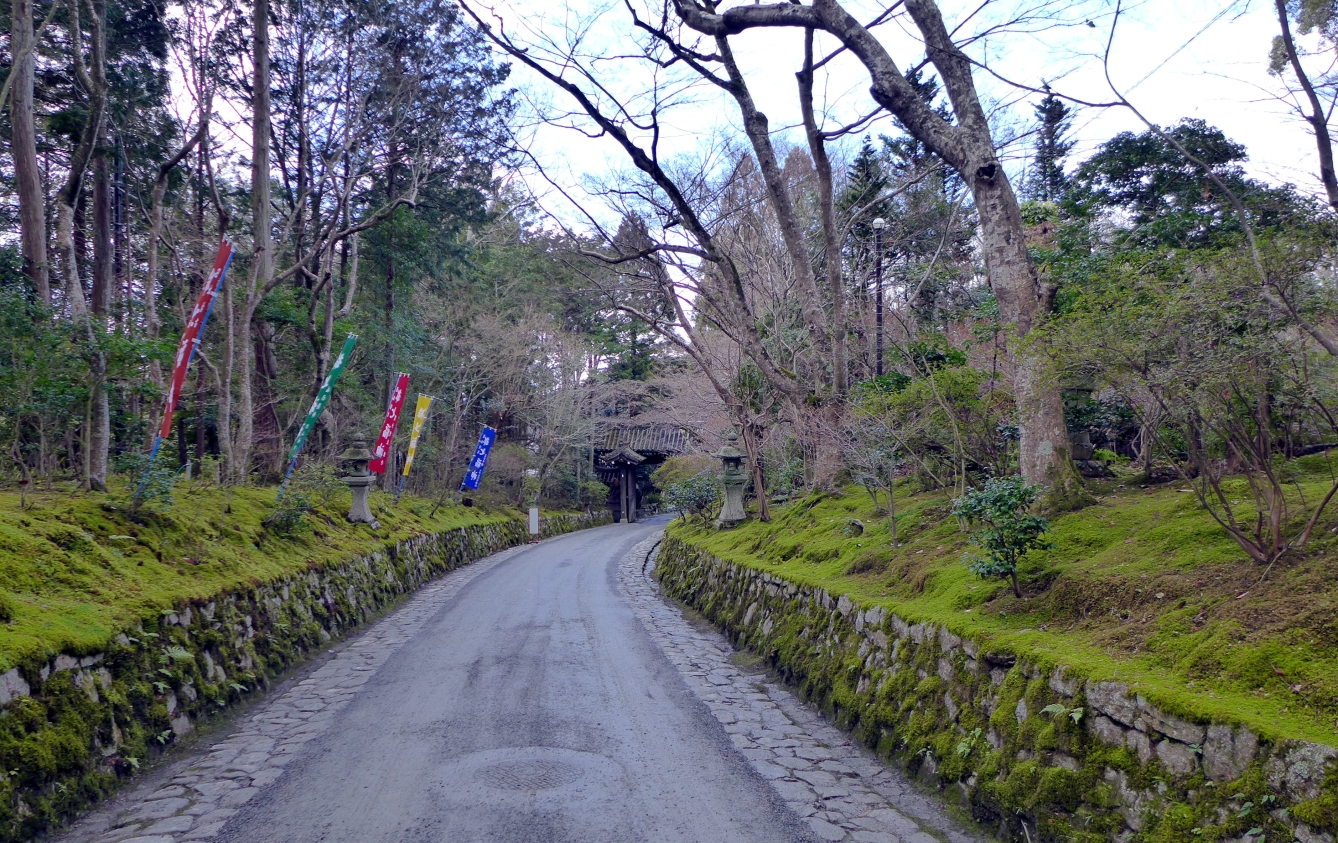 In addition to the god Sekizan, the temple is also dedicated to the god Fukurokuju 福禄寿, the god of longevity. His name literally means ‘happiness’ 福 ‘Wealth’ 禄 and ‘longevity’ 寿. He is the opposite of our friend Myogen of the Zodiac, in that he is the incarnation of the Southern Pole-star. He is probably an amalgamation of the Chinese three pole star gods, Fu, Lu and Shou, that also represent happiness, wealth and longevity. Fukurokuju is often depicted carrying a book which is said to contain the lifespans of every person. He is represented by animals that symbolise longevity, a crane and a turtle, as well as a black deer because deer are said to go black if they are over 2000 years old (probably because they are zombies). There were statues of Fukurokuju and his friends, the other 6 gods of fortune, everywhere in the temple. I  think his rather phallic head is meant to represent how wise he is, though if I were him I’d get a brain scan or something just to be safe. 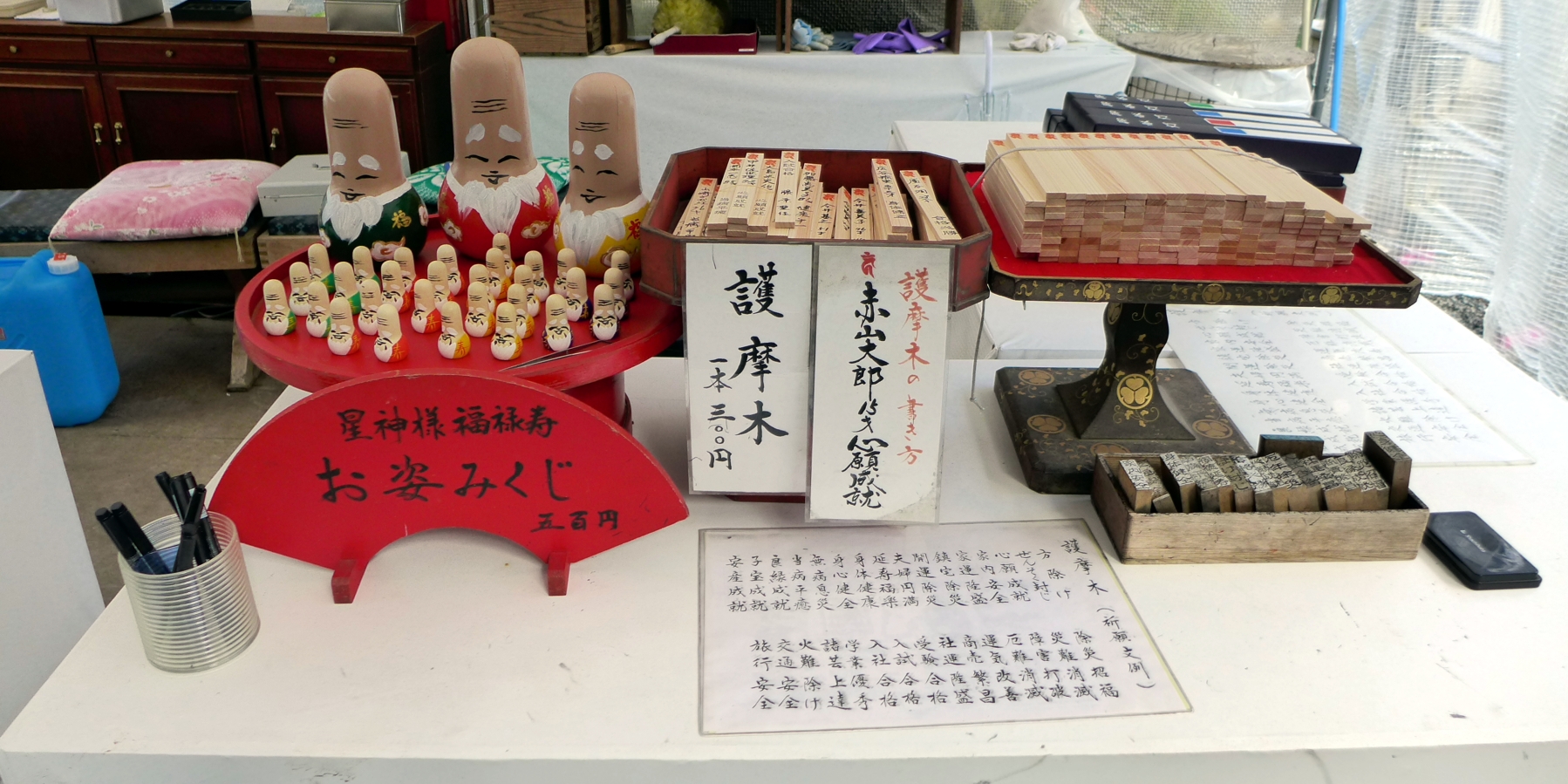 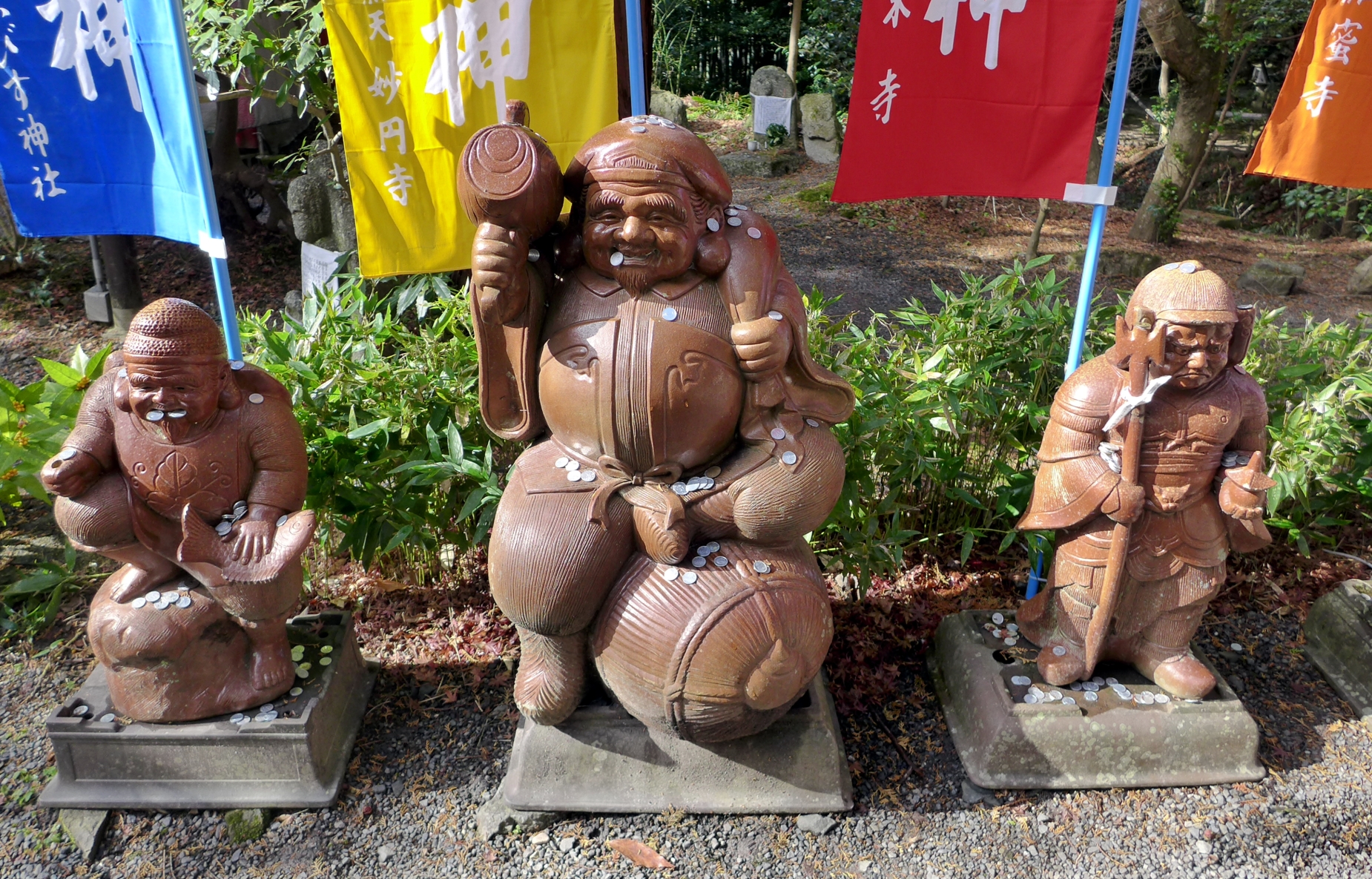 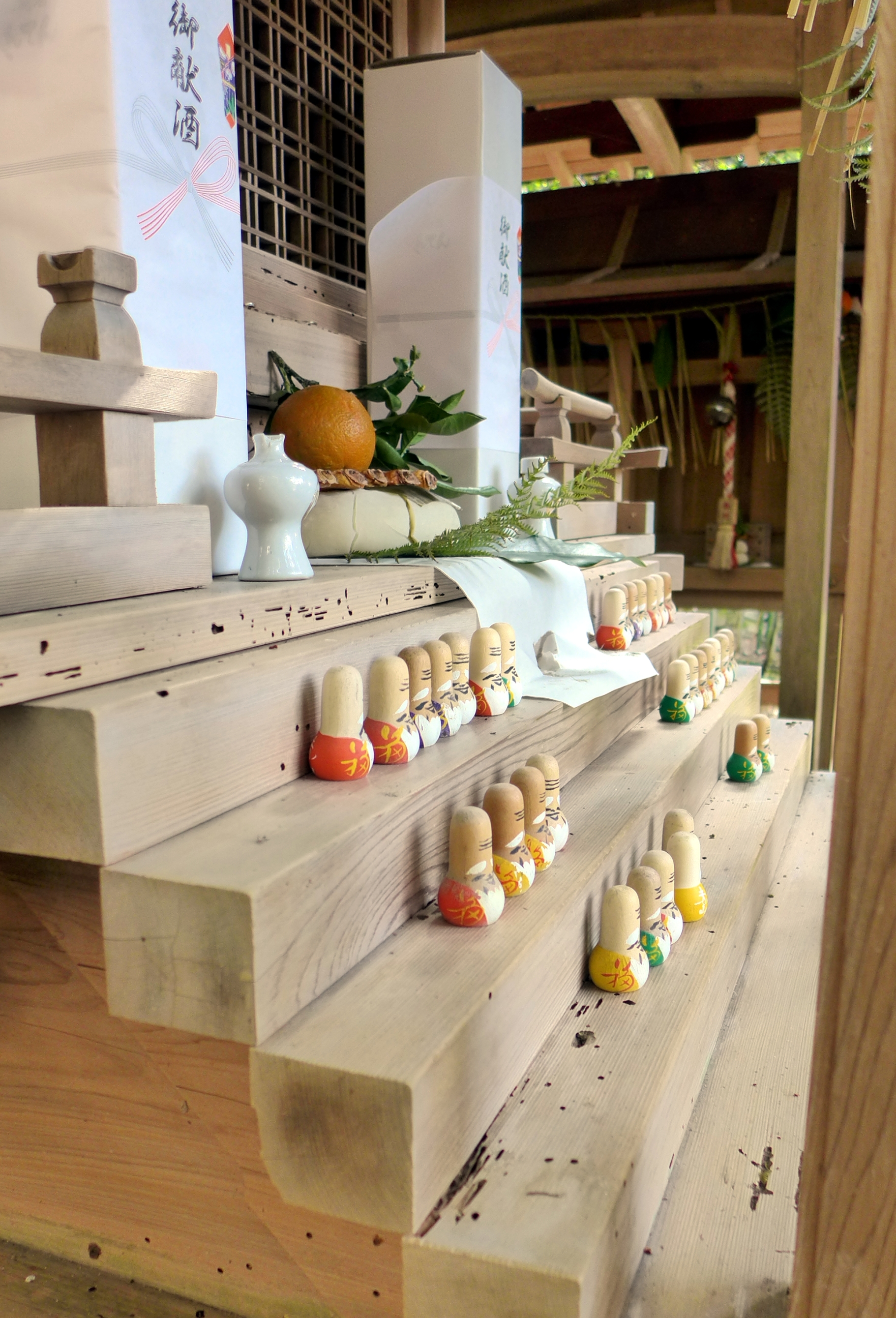 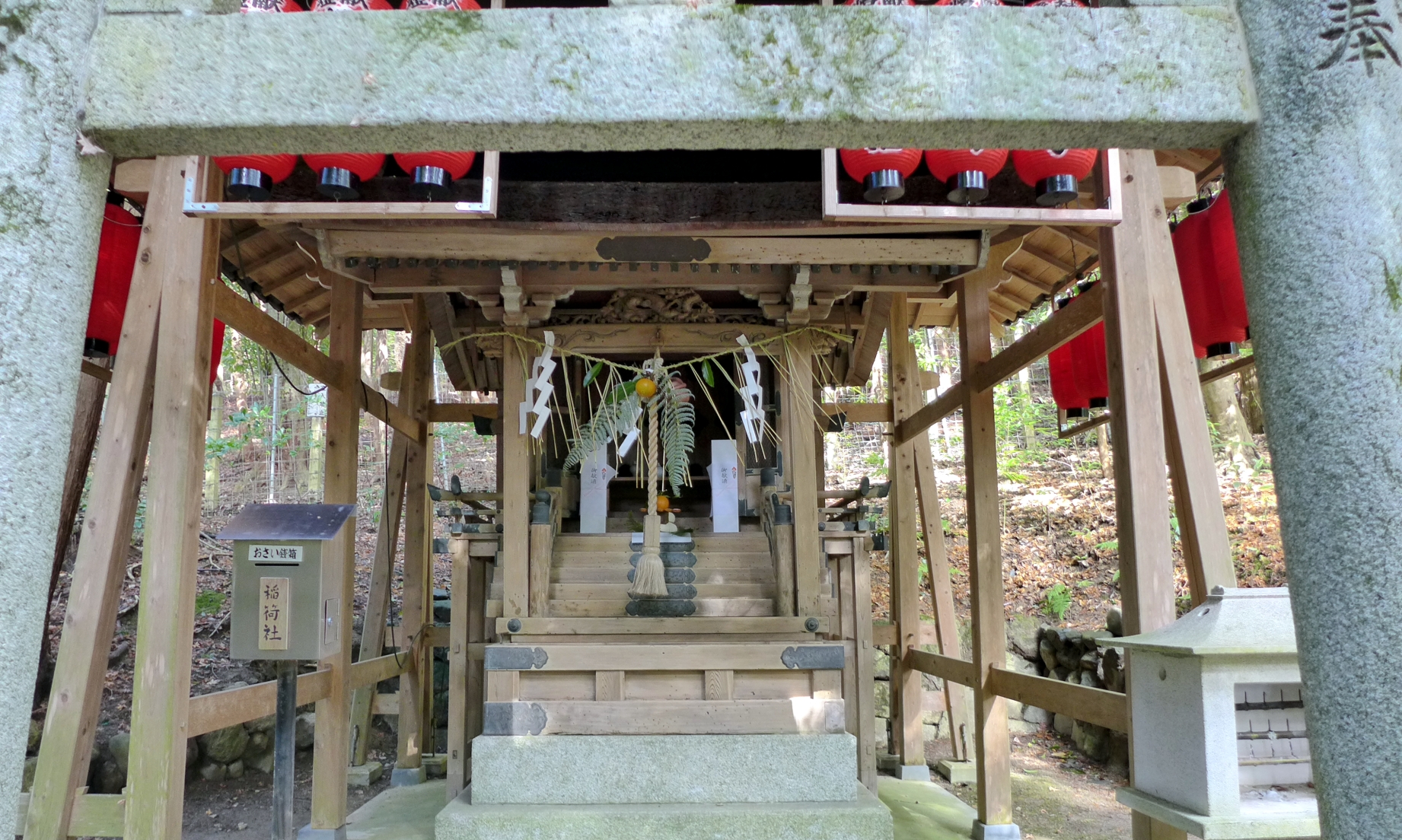 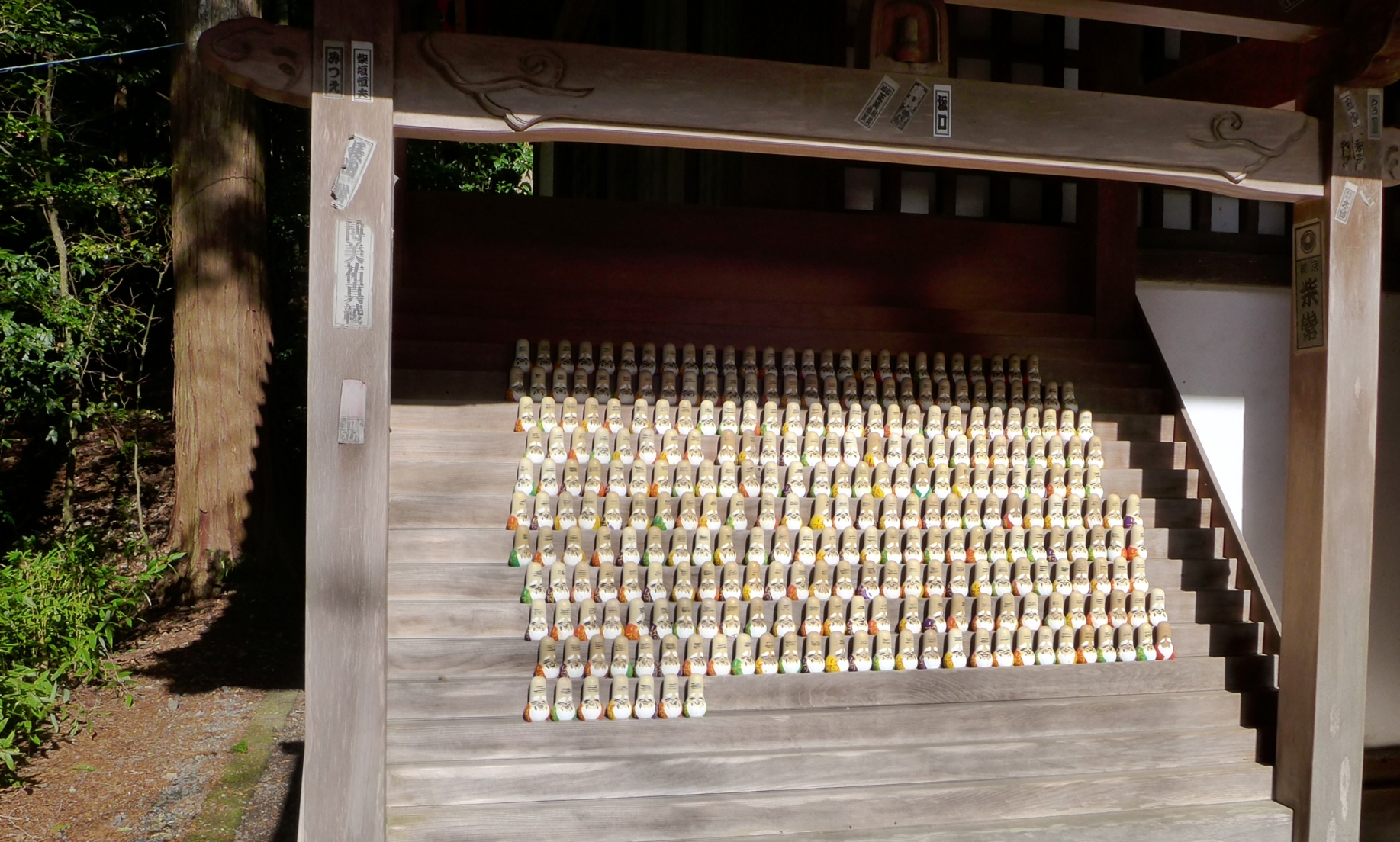 The temple was fun to explore with many small shrines in the woods as well as some larger buildings. The architectural styles were both Shinto and Buddhist, showing that they used to be intertwined religions. Definitely a good temple to visit as there is lots to see, all surrounded by a beautiful forest which is presumably fantastic in Autumn. Also its free!

2 thoughts on “修学院 Gods of the Guiding Stars”