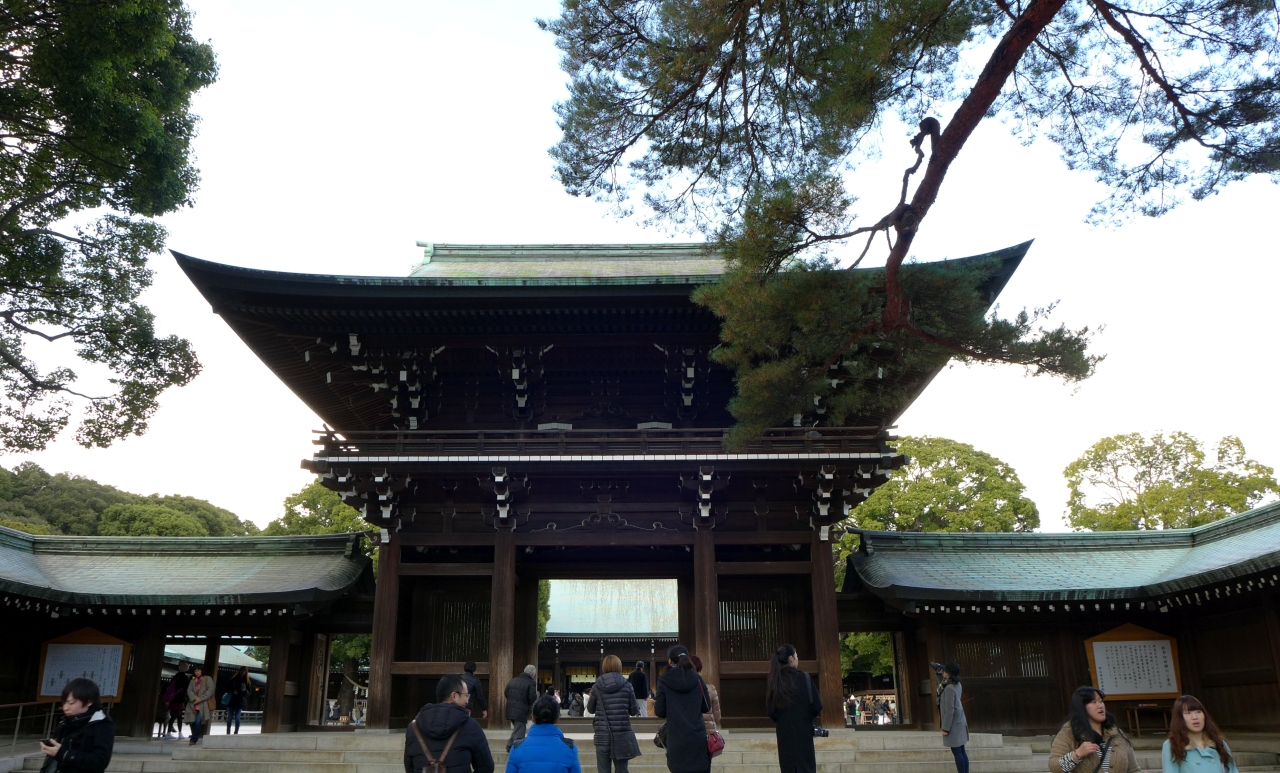 Just across the road from the pop-obsessed, loud, colourful Harajuku, we find a shrine celebrating Japan’s progress into the 20th Century and its first steps into modernity. This is the Meiji Jingu (明治神宮), the shrine dedicated to the Meiji Emperor and his wife. This Emperor oversaw Japan’s most monumental changes, comparable only with the changes overseen by the Showa Emperor after WWII. Both of their reigns tell the tale of the rise and fall of Japanese militarism. 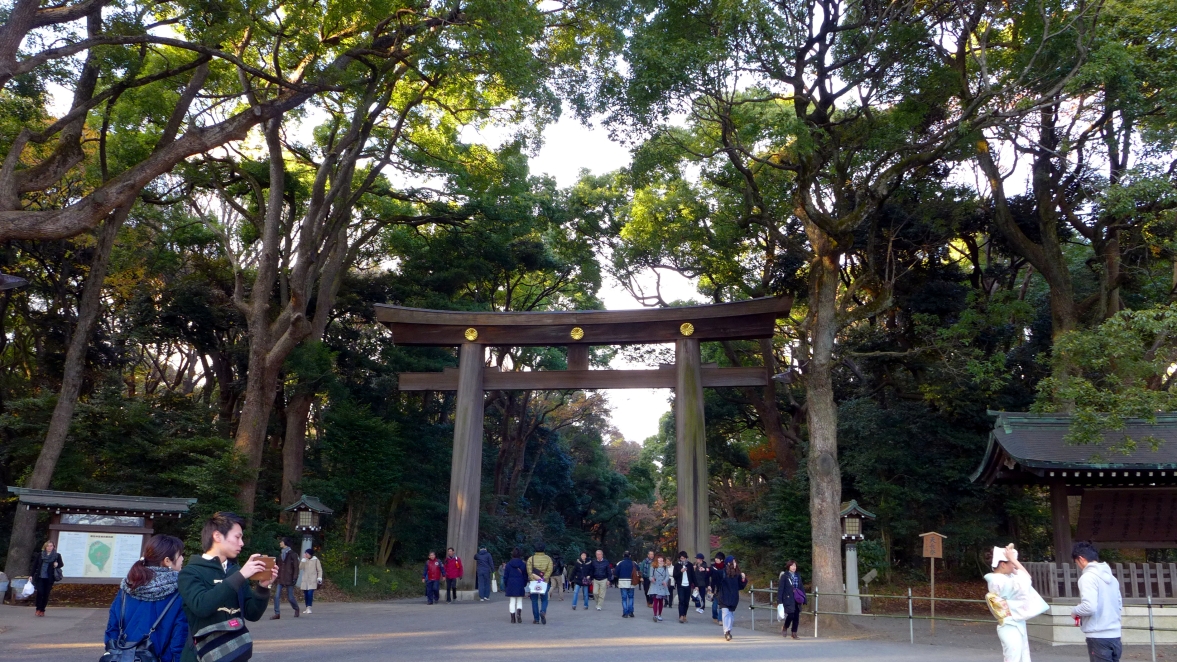 The Meiji Emperor was not expected to rule through the Meiji restoration at all – the previous emperor was 37 in 1867 and seemed healthy, but was suddenly taken ill and died that same year. Today historians suspect that he was poisoned in order to leave the more pliable, 14-year-old successor on the throne in a time of political turmoil. That year rebellion swept the country as the Tokugawa shogunate failed to cope with challenges facing them (foreigners forcing trade, increasing dissatisfaction of samurai at their lack of control over government etc.) and in 1868 rebels took the palace in Kyoto. There, the Emperor read out a declaration of the return of power to the Emperor and the creation of a democratic state of Japan. 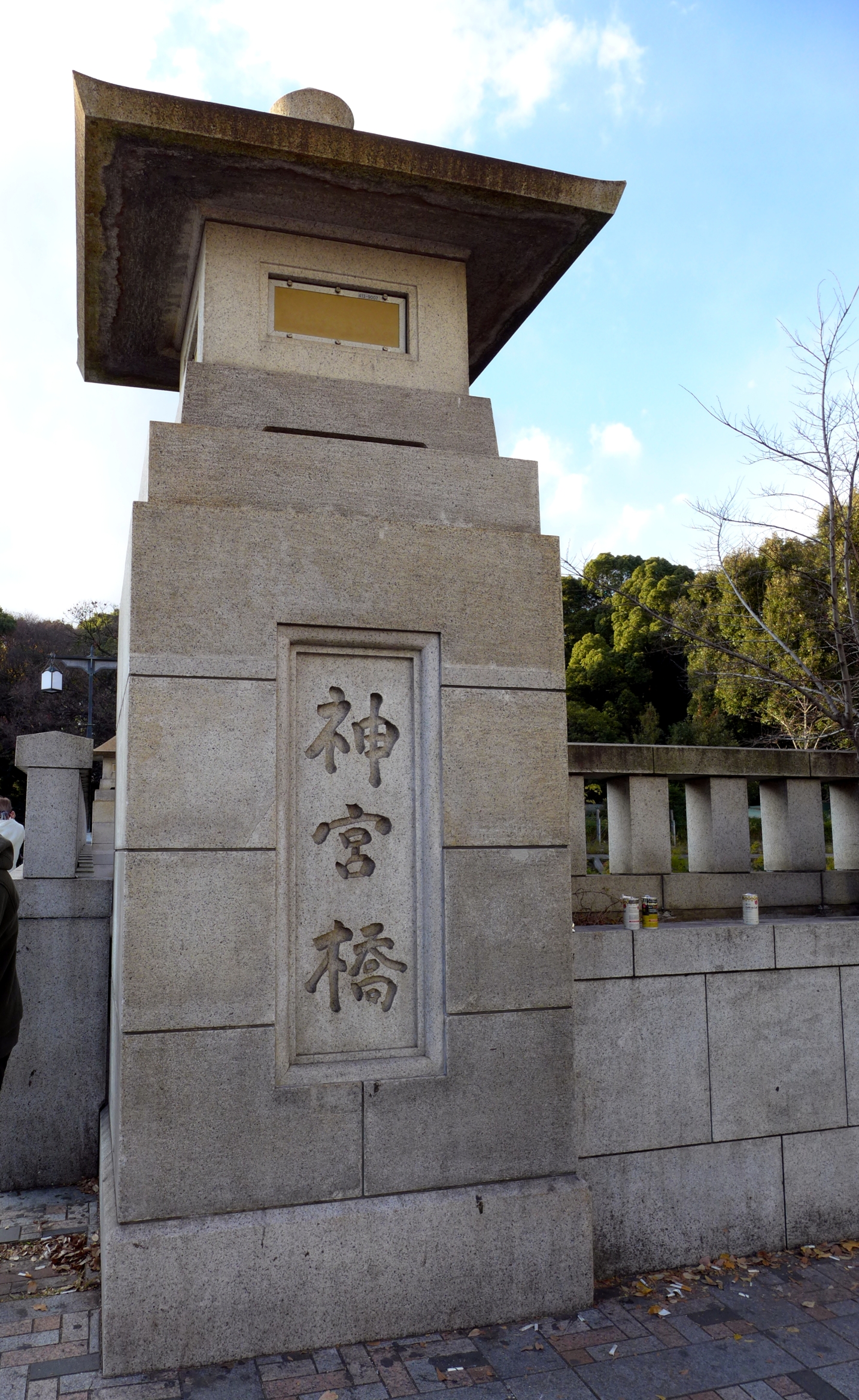 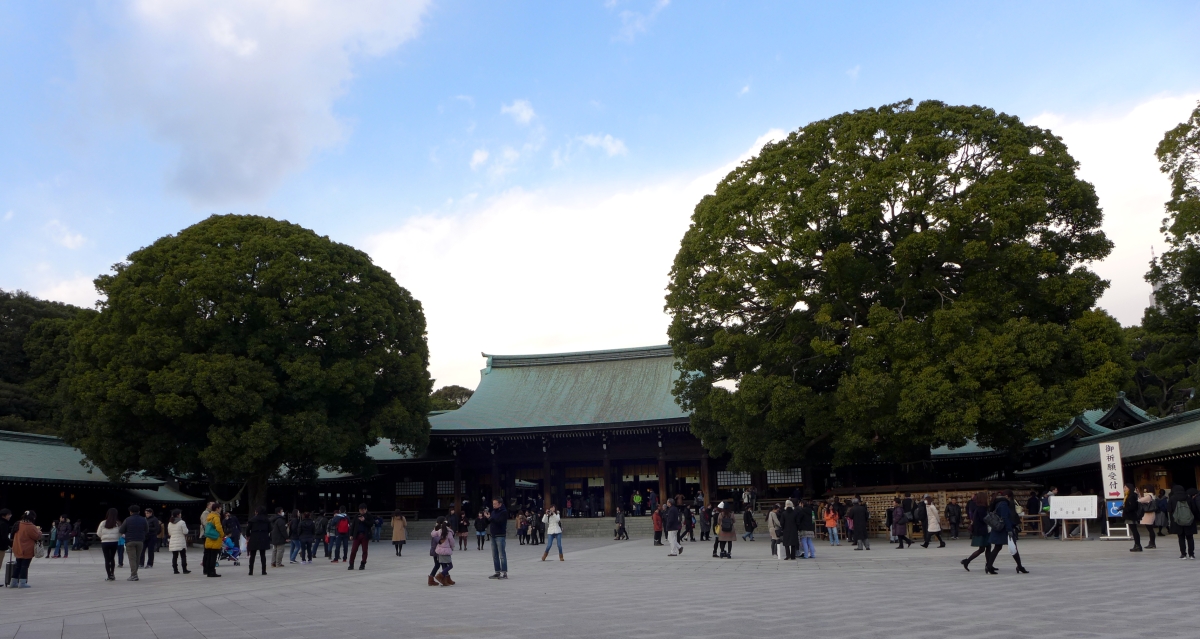 Under this new ‘democratic’ government, the beginnings of Japan’s aim of ‘catching up to the West’ began – many Japanese felt that they were behind the Western powers, and wanted to alter the unequal treaties that had been forced on them since 1853, when the Americans ‘opened’ Japan. I say ‘democratic’ because in reality power remained in the hands of the elite – the most powerful politicians and military held the real power, despite the existence of a diet and cabinet. The Emperor was educated in the affairs of the state, but rarely spoke. 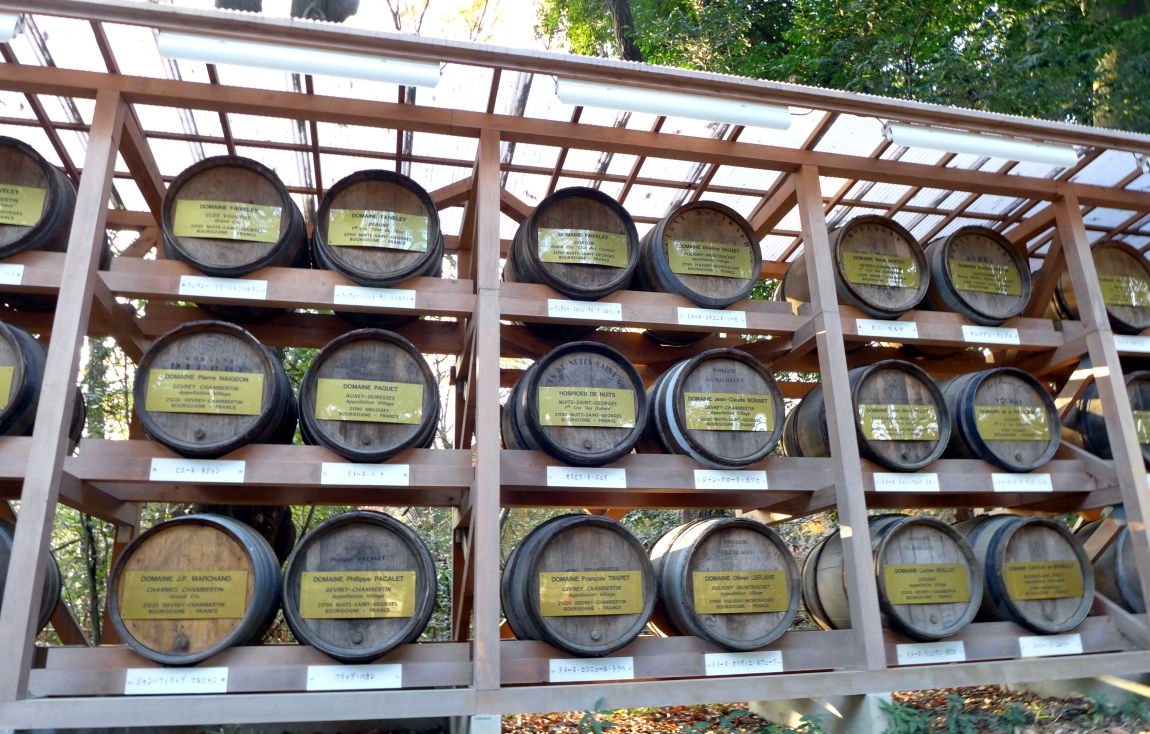 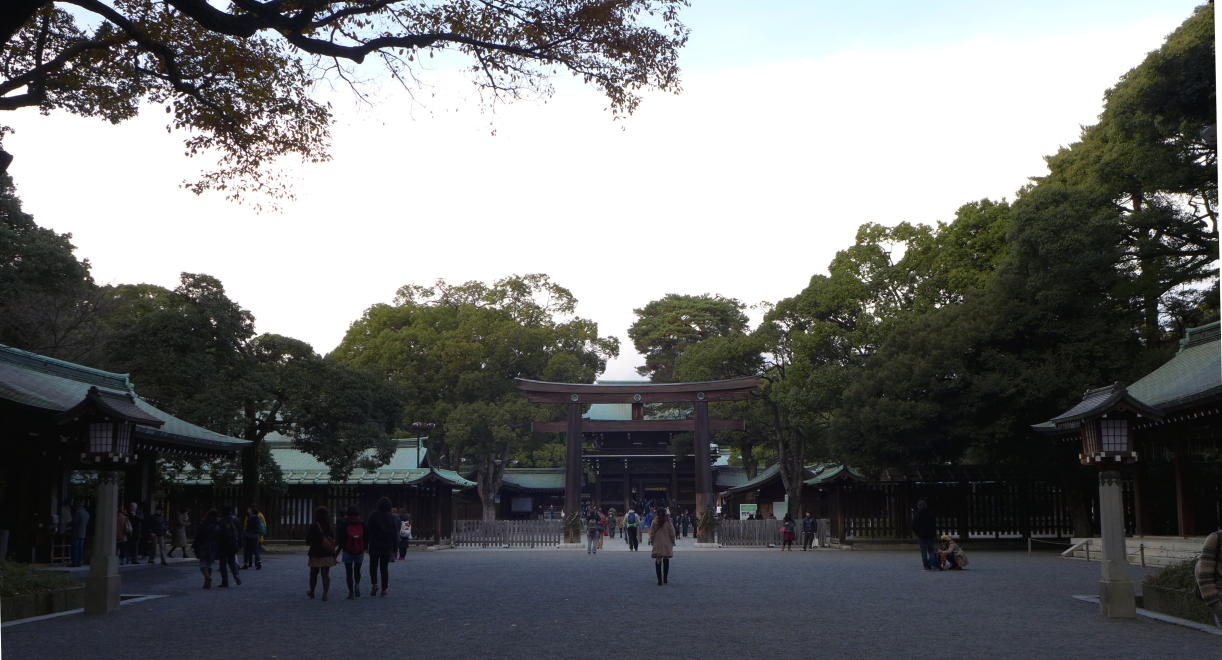 Though much of their reforms can be seen as progress (industrialisation, universal education etc.), there are signs at the turn of the century that point to Japan’s militaristic future. The Imperial Rescript on Education, announced by the Emperor in 1890, placed emphasis on ethical education and Japan’s position compared to the rest of Asia. Inoue Kowashi, a member of the government, published an interpretation of the rescript (which was the officially accepted interpretation) in which he stated:

“…in the Orient today Japan and China alone have an independence stable enough to vie for rights with the powers. But China … lacks the spirit of progress… Any true Japanese must have a sense of public duty by which he values his life lightly as dust, advances spiritedly, and is ready to sacrifice himself for the sake of the nation”.(Carol Gluck, Japan’s Modern Myths, p129).

This carries heavy undertones of pan-Asian sentiment and shows that the view that serving one’s country to the point of death was ‘civic duty’ was present long before Japan became openly militaristic. In addition, though freedom of religion was granted by the new Meiji constitution, Shinto was considered ‘civic duty’ rather than religious and therefore compulsory, beginning the mandatory deification of the Emperor and state worship. 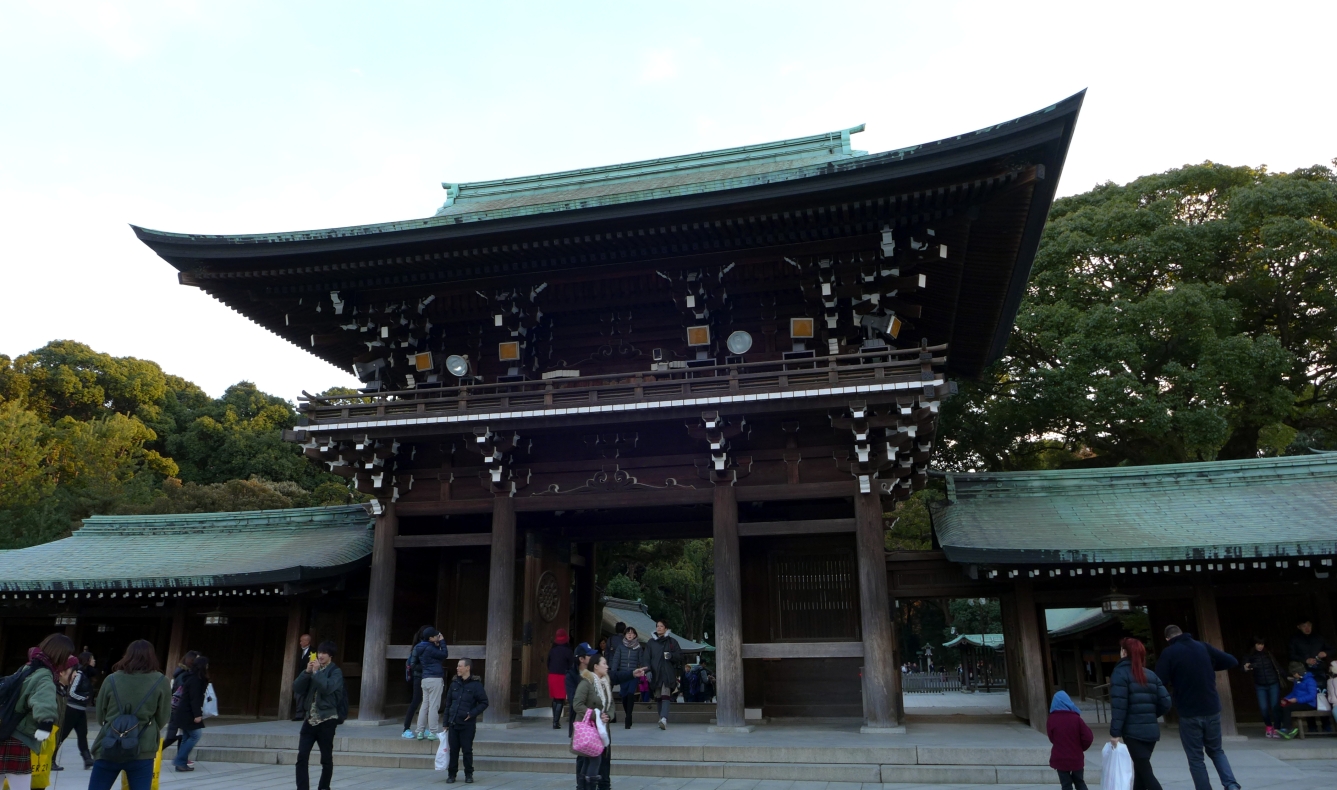 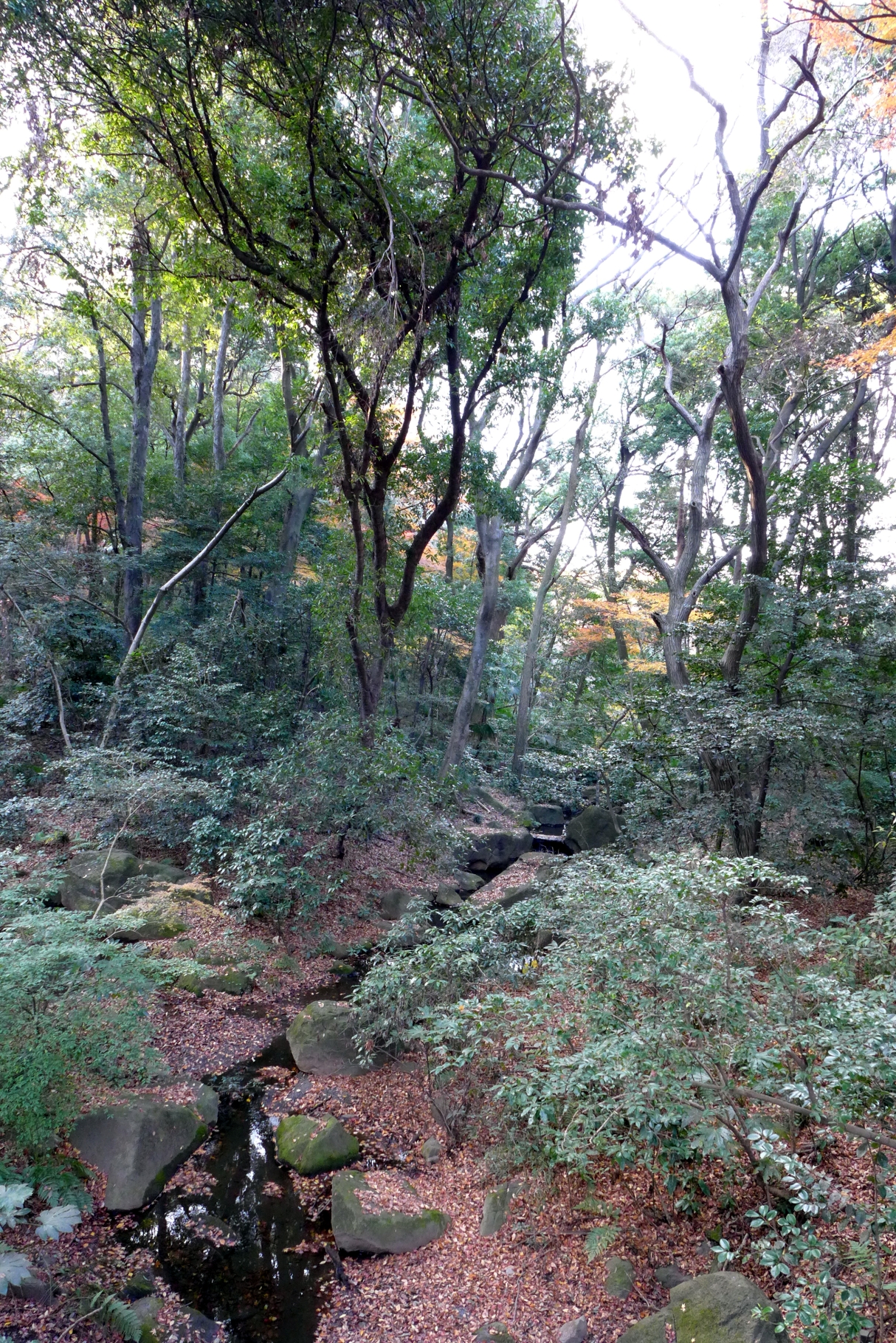 Despite the Emperor announcing and signing these questionable documents, it is suspected that he was actually pacifist. It is uncertain as to whether he supported the first Sino-Japanese war or the Russo-Japanese war, but he wrote a pacifist poem later in his life which suggests he probably didn’t:

The seas of the four directions—
all are born of one womb:
why, then, do the wind and waves rise in discord?

Though in hindsight we can see the beginnings of Japan ‘going off the rails’, the Meiji Emperor also presided over a time of great social change for Japan; the country went from a feudal state ruled by military shoguns to a state that had abolished the class system and was at least nominally democratic. The Daimyo, the old lords of the country, were stripped of their titles, given 10% of their previous annual revenue as a salary, and forced to move to Tokyo, effectively removing them as political powers. The samurai also lost their status and stipend from the government, leaving many destitute – though some samurai benefited from the changes and gained more political power, many were reduced to poverty and resentment of the government, leading to several rebellions throughout the late 1800s. 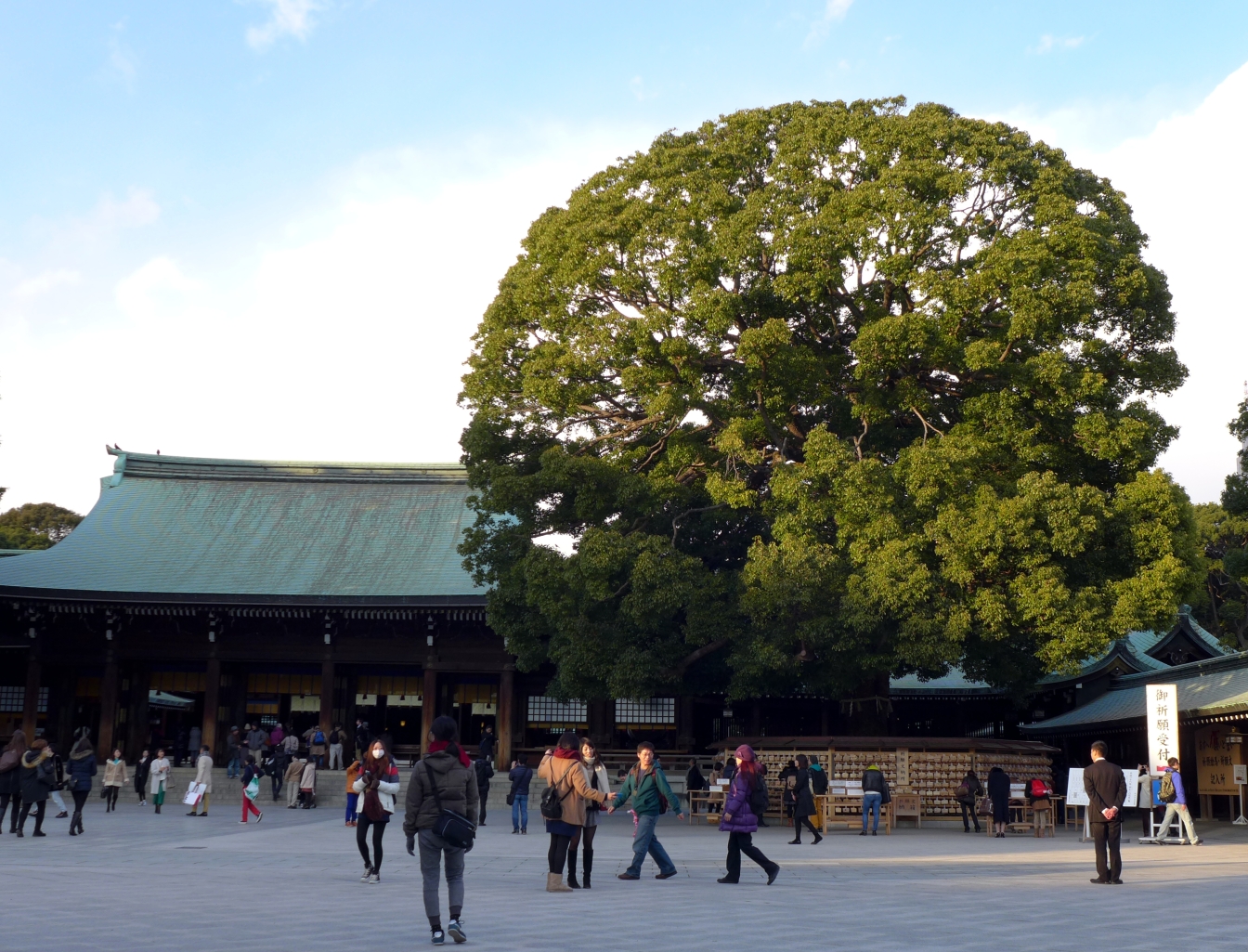 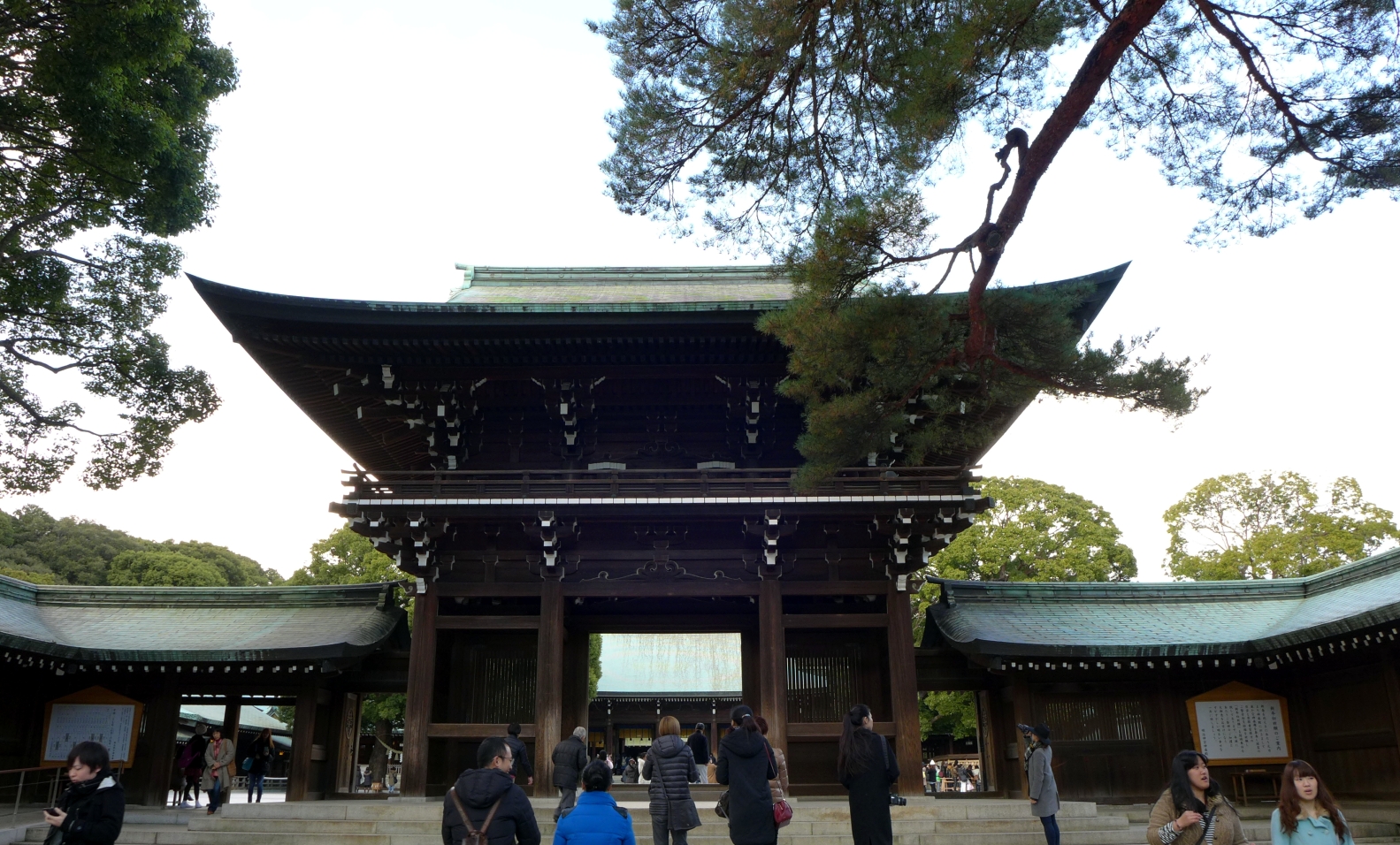 The Emperor died in 1912 and his wife died later the same year. He had five children by various ladies-in-waiting; his wife, the Empress Shoken, was unable to bear children but took a public role, the first time an Empress Consort had done so. She gave generously to charity and helped fund the establishment of the Japanese Red Cross, as well as supporting women’s education. She herself was a child prodigy, able to read classical chinese at the age of seven! Her eligibility to marry the Emperor Meiji was marred by the fact that she was three years older than him, so her family changed her official birth date from 1839 to 1840. The location of the Meiji shrine was chosen because it was a garden that the Emperor and his wife frequently visited. 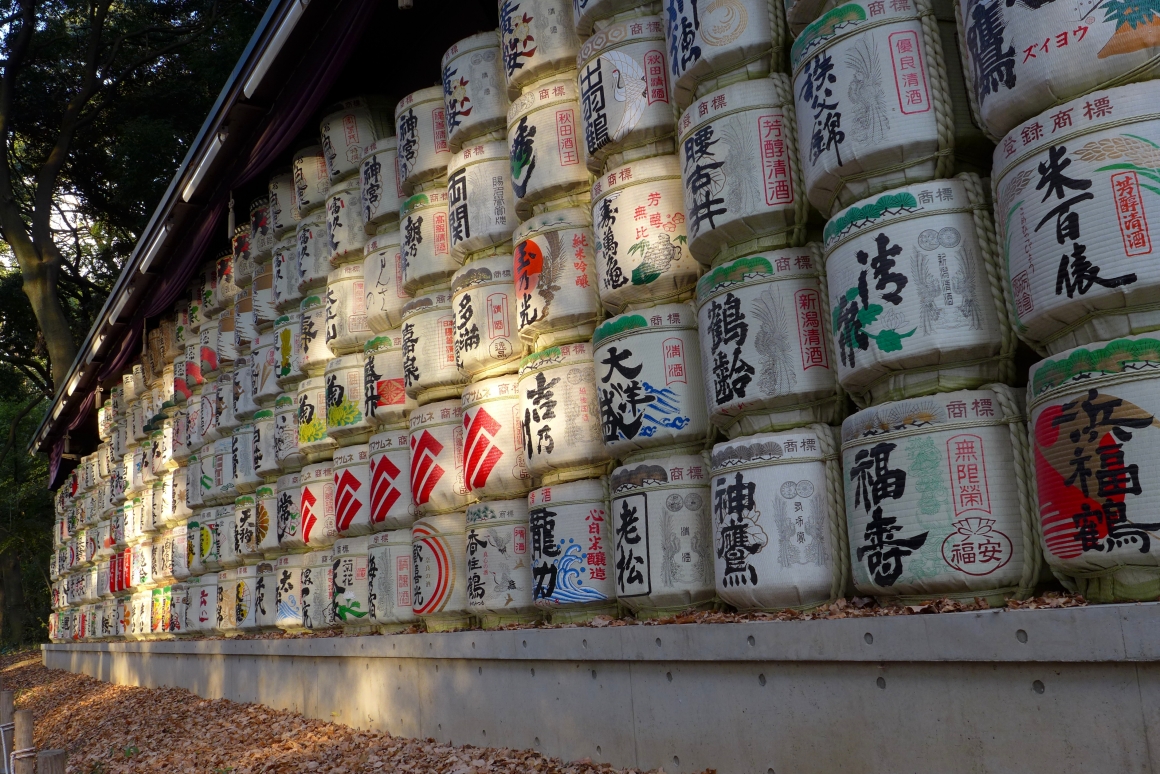 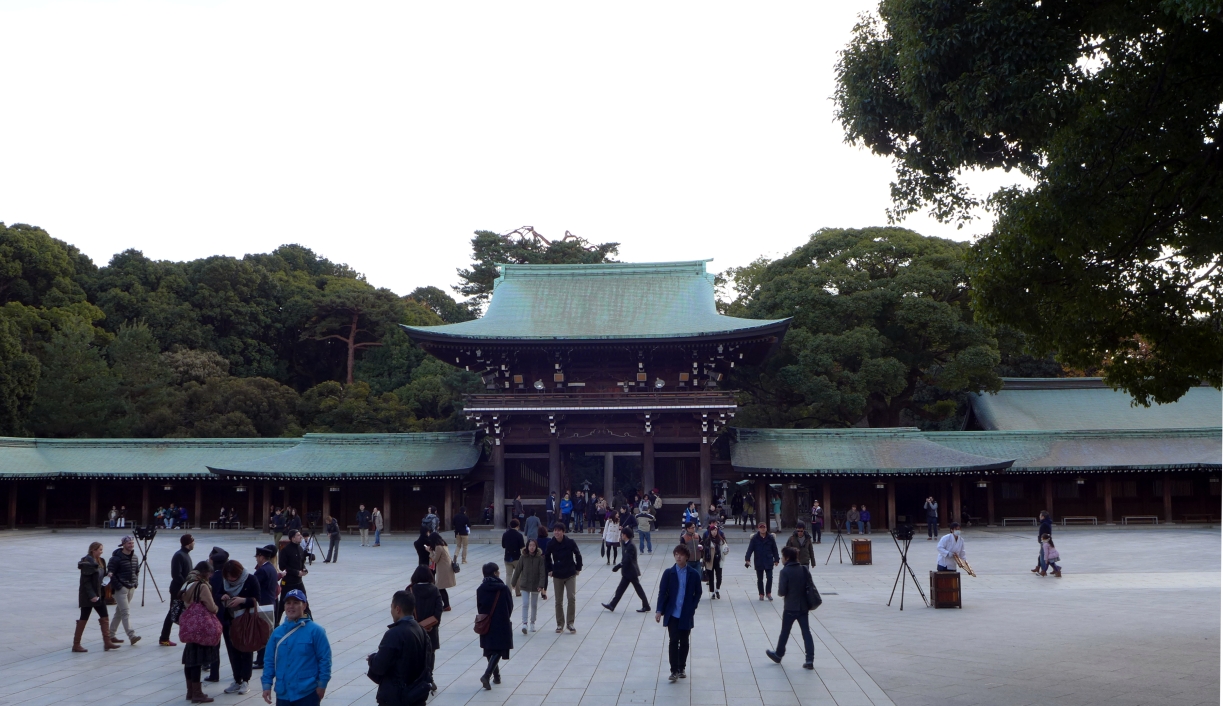 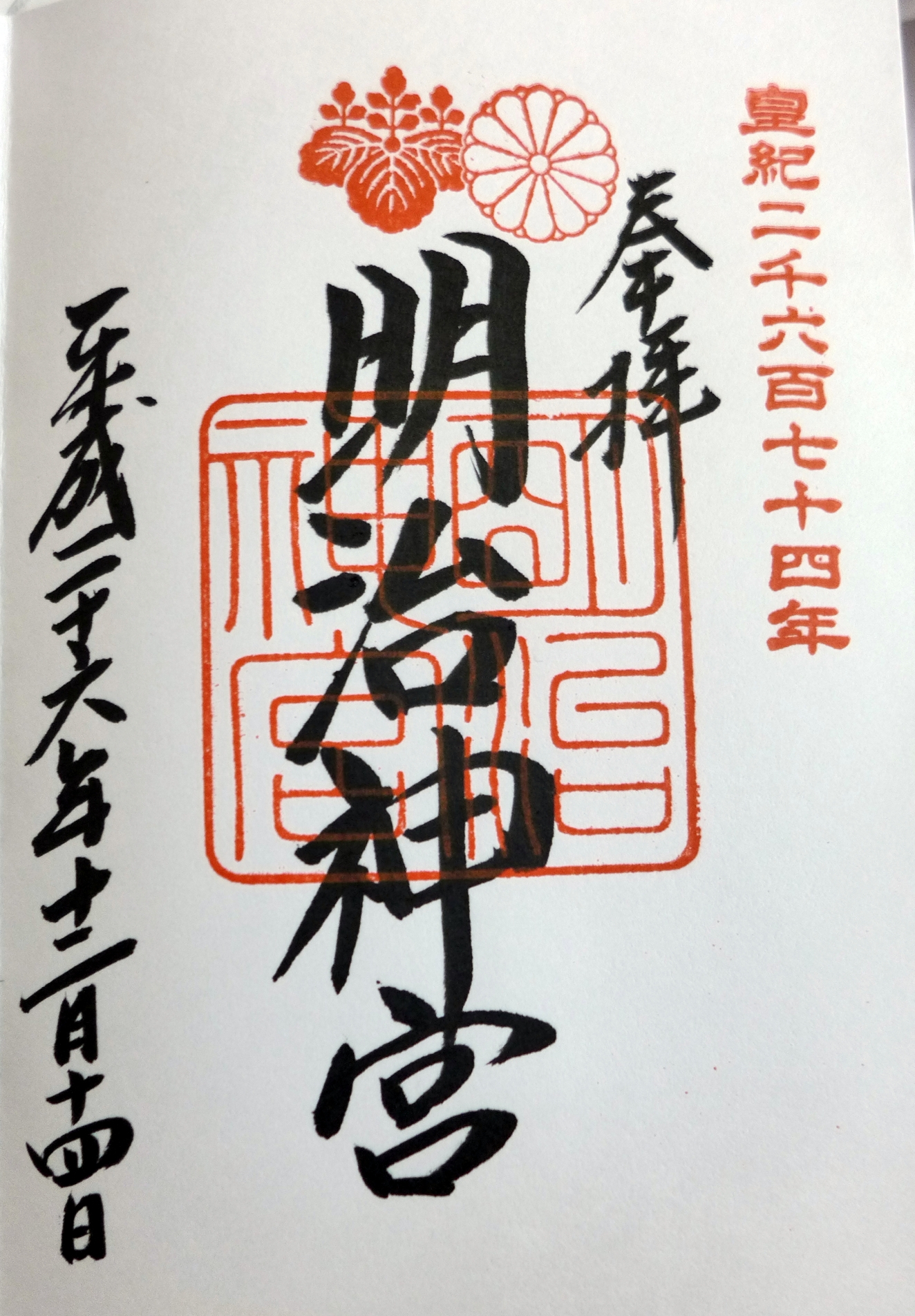 The shrine was visited in 2009 by Hilary Clinton, in order to show her “respect toward history and the culture of Japan”. The Meiji Emperor is obviously considered ‘not militaristic’ by the American government, though one could argue that the Meiji period laid the foundations for later militarism –  the escalation of state shinto and pan-Asian ideology had its roots firmly in the policies of the late 1800s. 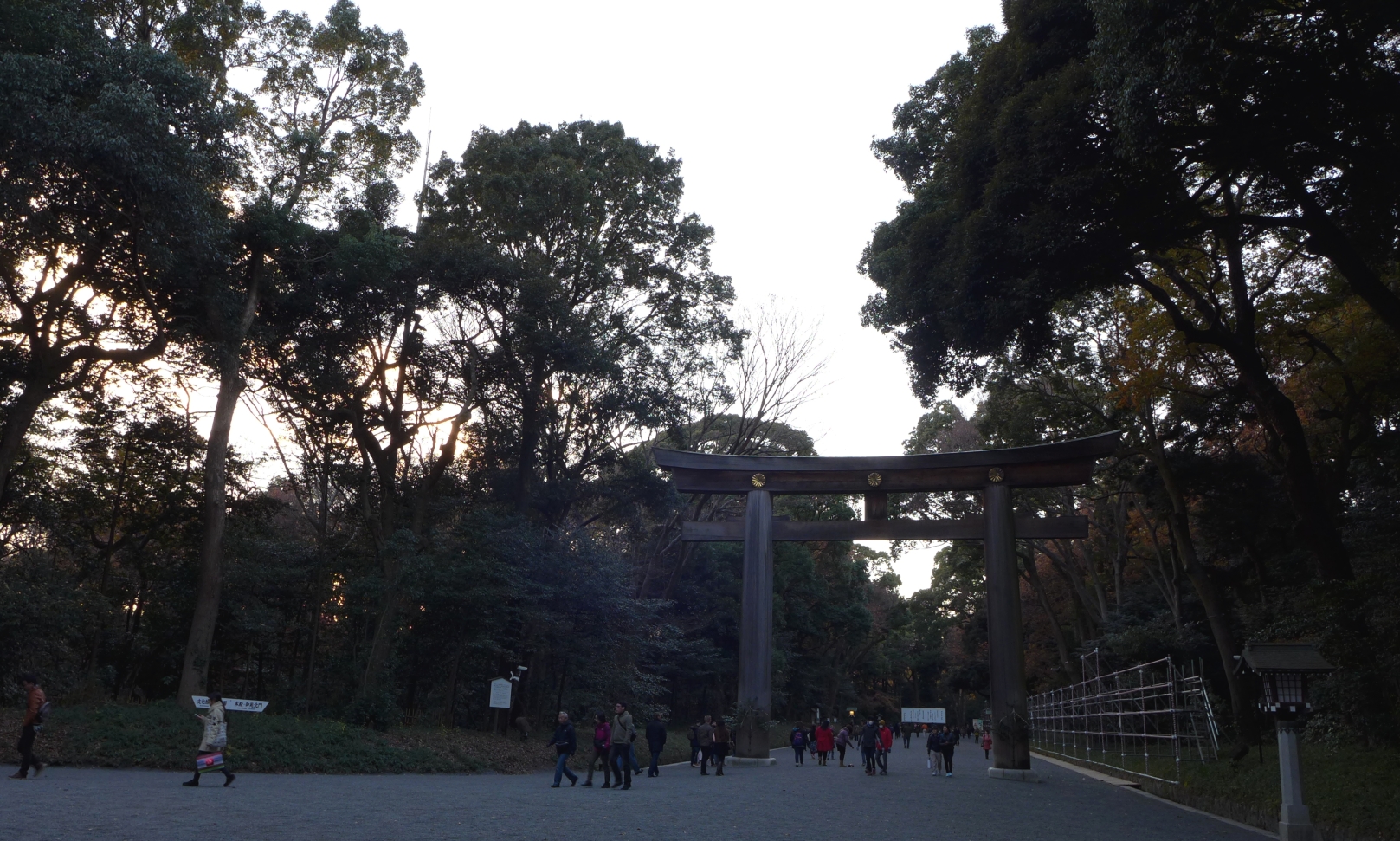 The shrine itself is located within a huge forest spanning 175 acres. This is a great spot to get out of the bustle of Tokyo and forget you are in the city. The shrine is large and often full of visitors and the buildings are beautiful. It is a good combination with Harajuku as the shrine is only five minutes walk away.