Today I want to tackle one of my ‘temple knots’ – when I visit several temples in a day, it can take me a lot of effort to sort them, research the history and edit the photos in order to blog about them. I think I have finally completed my research on Ohara: the sequel – I have already visited Ohara (see here), but I returned with my parents to see the other temples and walk over the mountains to Kurama. As we did a lot I’ll split the day into a few posts. Today I want to talk about the two temples that I enjoyed the most.

The first temple I want to talk about is the most popular temple in Ohara. It is famous in Autumn for its beautiful leaves, and many people say that going in season is not great as it is so packed that you can’t really enjoy the maples. We went in off-season, just after the cherry blossoms had peaked, so we had the temple mostly to ourselves. 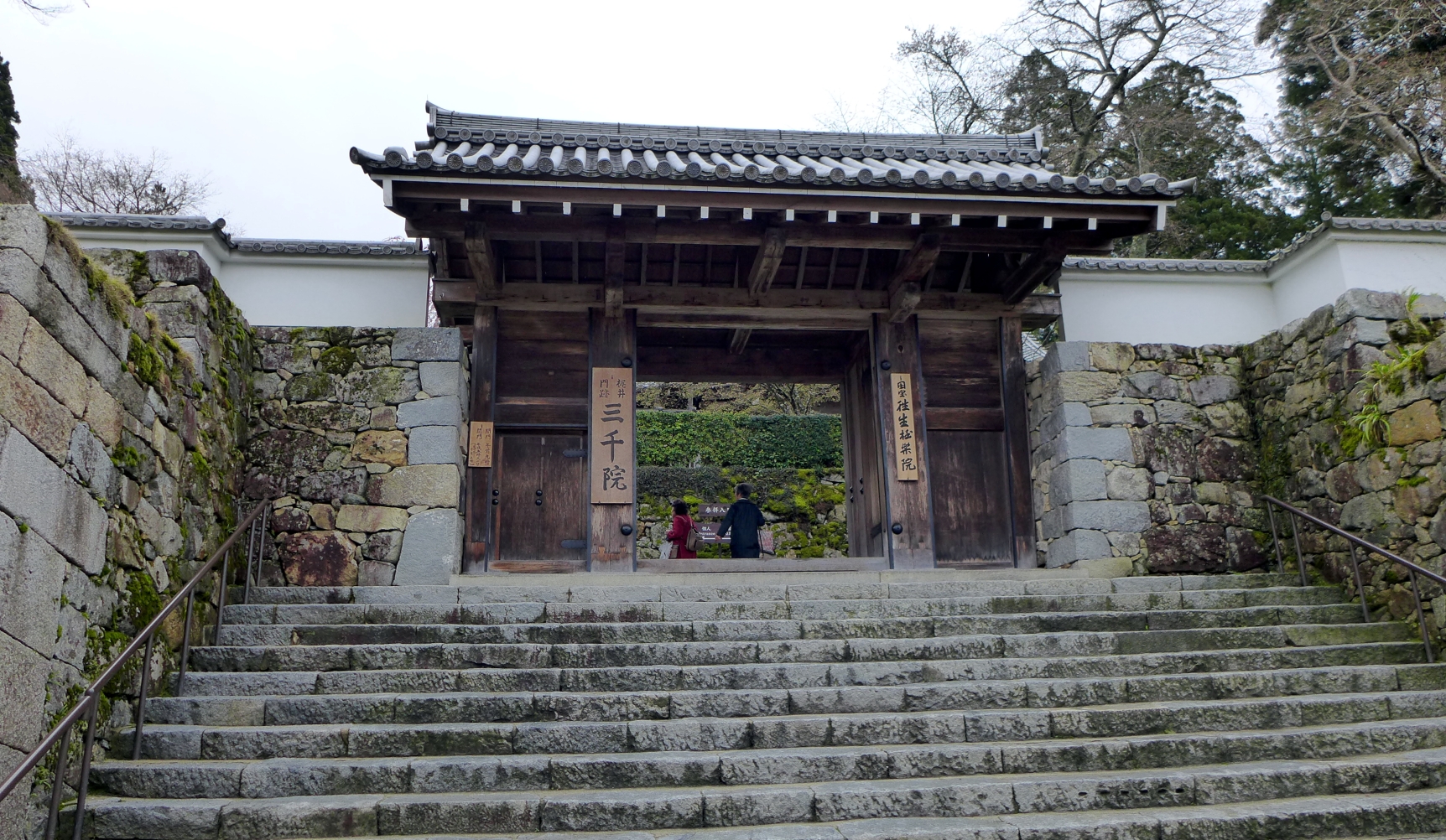 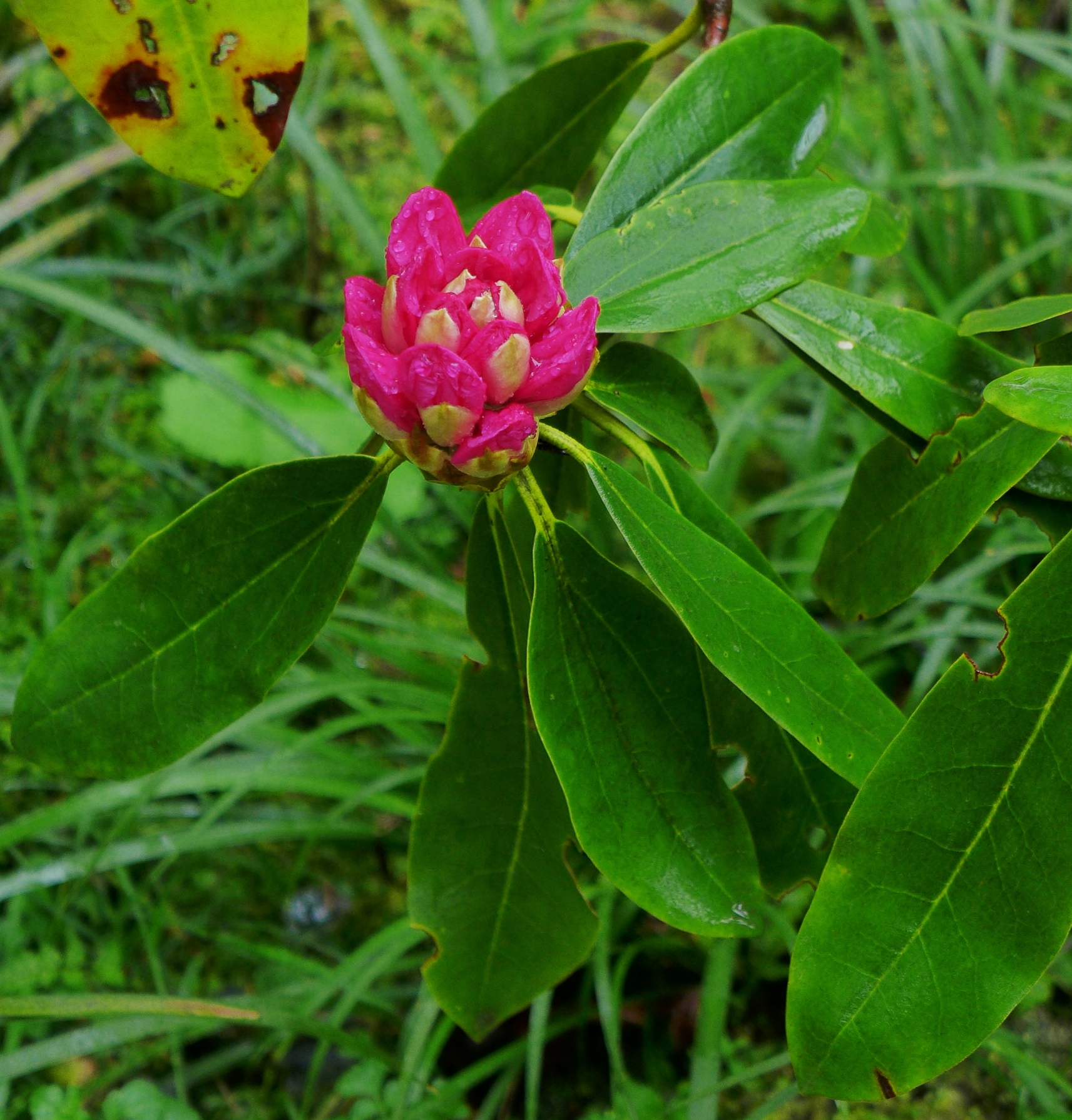 This star-temple is Sanzen-in 三千院, founded in the 8th century by the founder of Tendai Buddhism, Saicho. This temple has a large complex sprawling up the mountain, and you can get stamps from each building. I settled with two so as not to be too greedy and because I was rapidly filling up my stamp book at this point. I have since bought a new one.

We started by exploring the halls of the first building before emerging into a beautiful moss garden with paths winding up the mountain to the other halls. The oldest hall sits in the centre of the complex. Founded in 985 this structure, Ojo Gokuraku-in, was rebuilt in 1143 and remains standing to this day (a near-miracle for Kyoto standards). 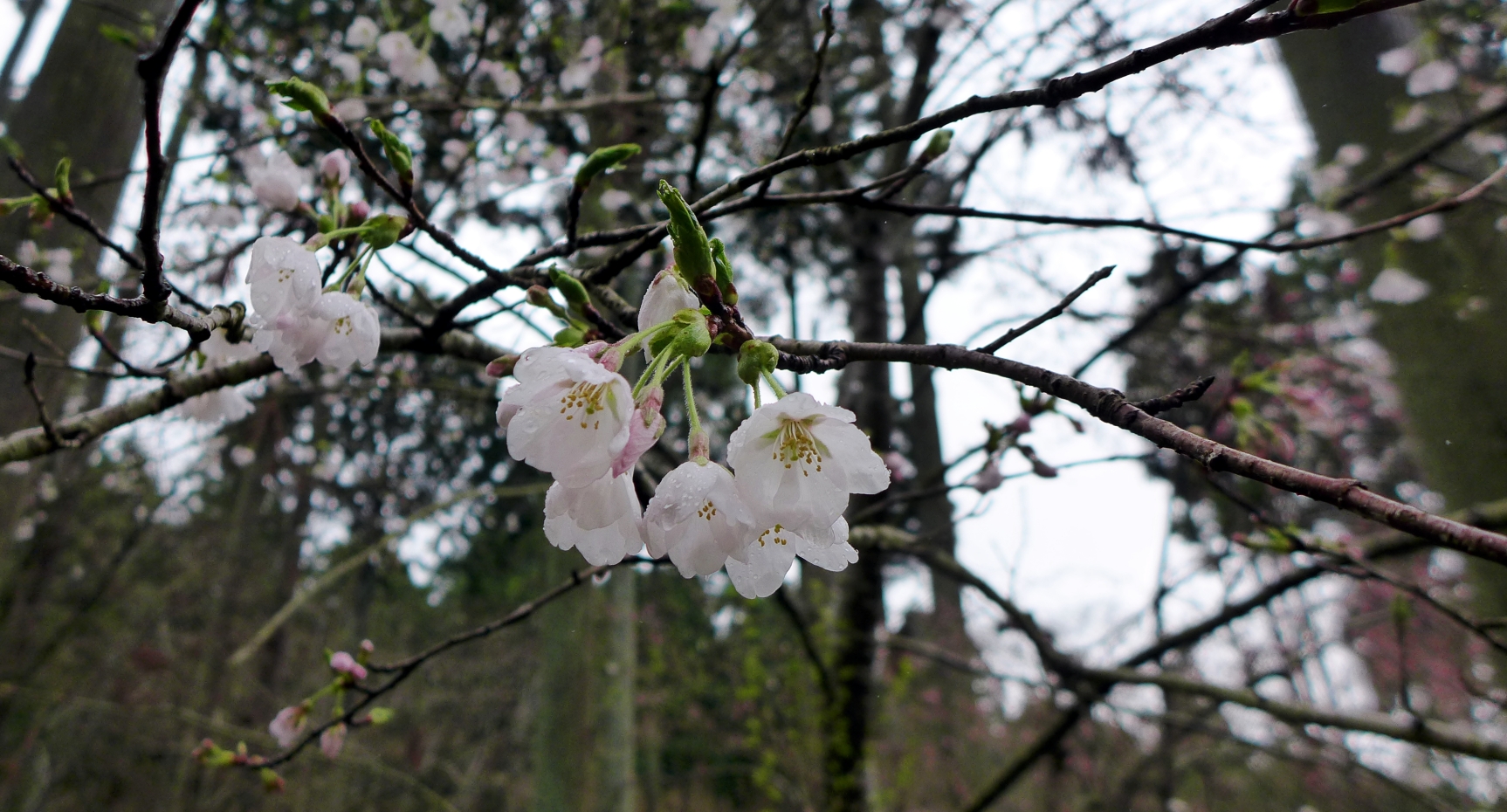 Ohara is known as somewhere noblemen would go in order to peacefully study Buddhism out of the political intrigue and bustle of the city. It was to Sanzen-in that the second son of the Emperor Montoku (826 – 858) travelled in order to practice Buddhism. This became a tradition and Sanzen-in has had several members of the imperial family as head priests, giving it the special title of Monzeki 門跡. 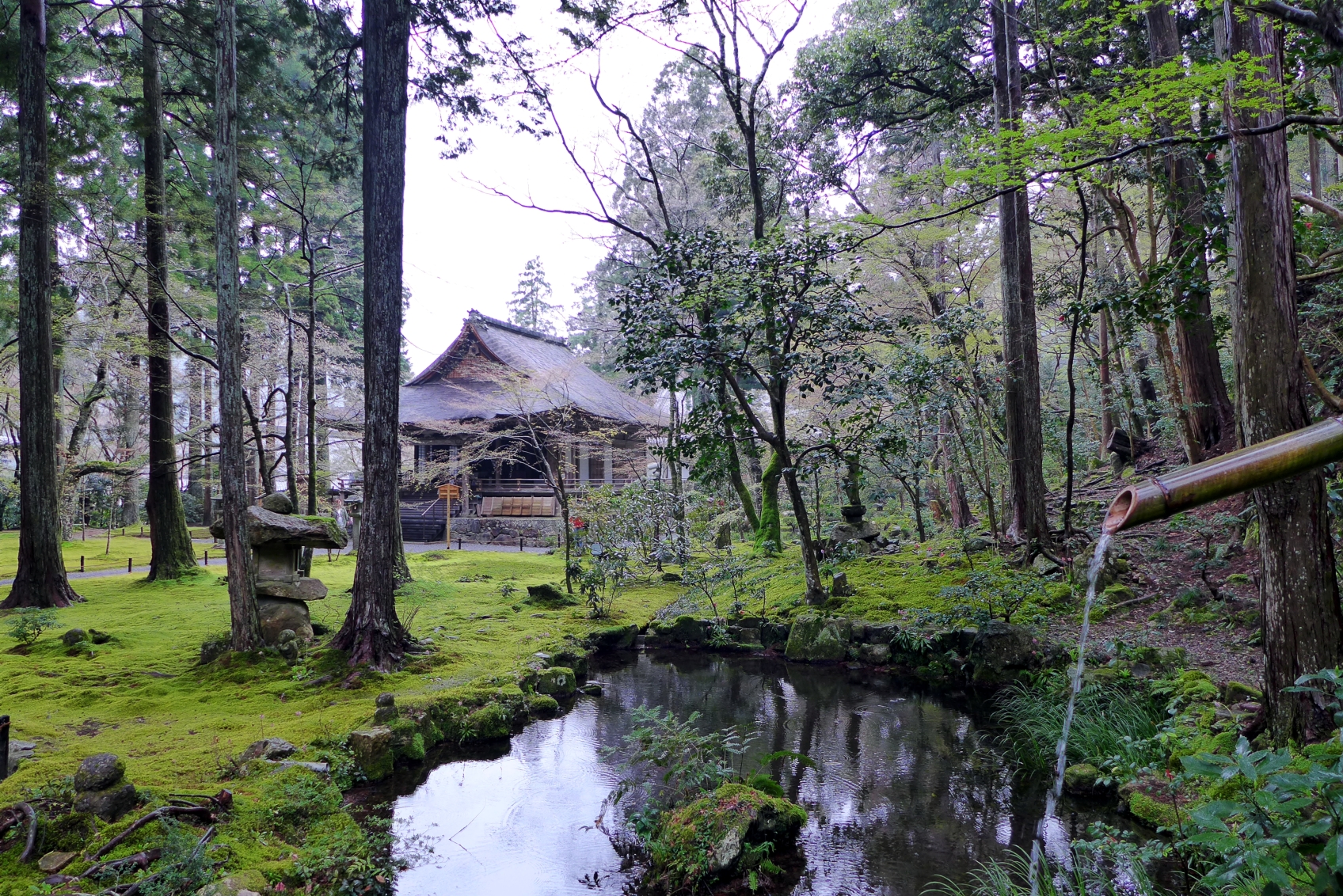 Half way up the hill was a small tea-house run by a couple of nice ladies, that was giving out tea for free. I had a rather interesting salty tea and a very nice sweet tea, both of which containing gold leaf. I bought a packet of the sweet green tea. 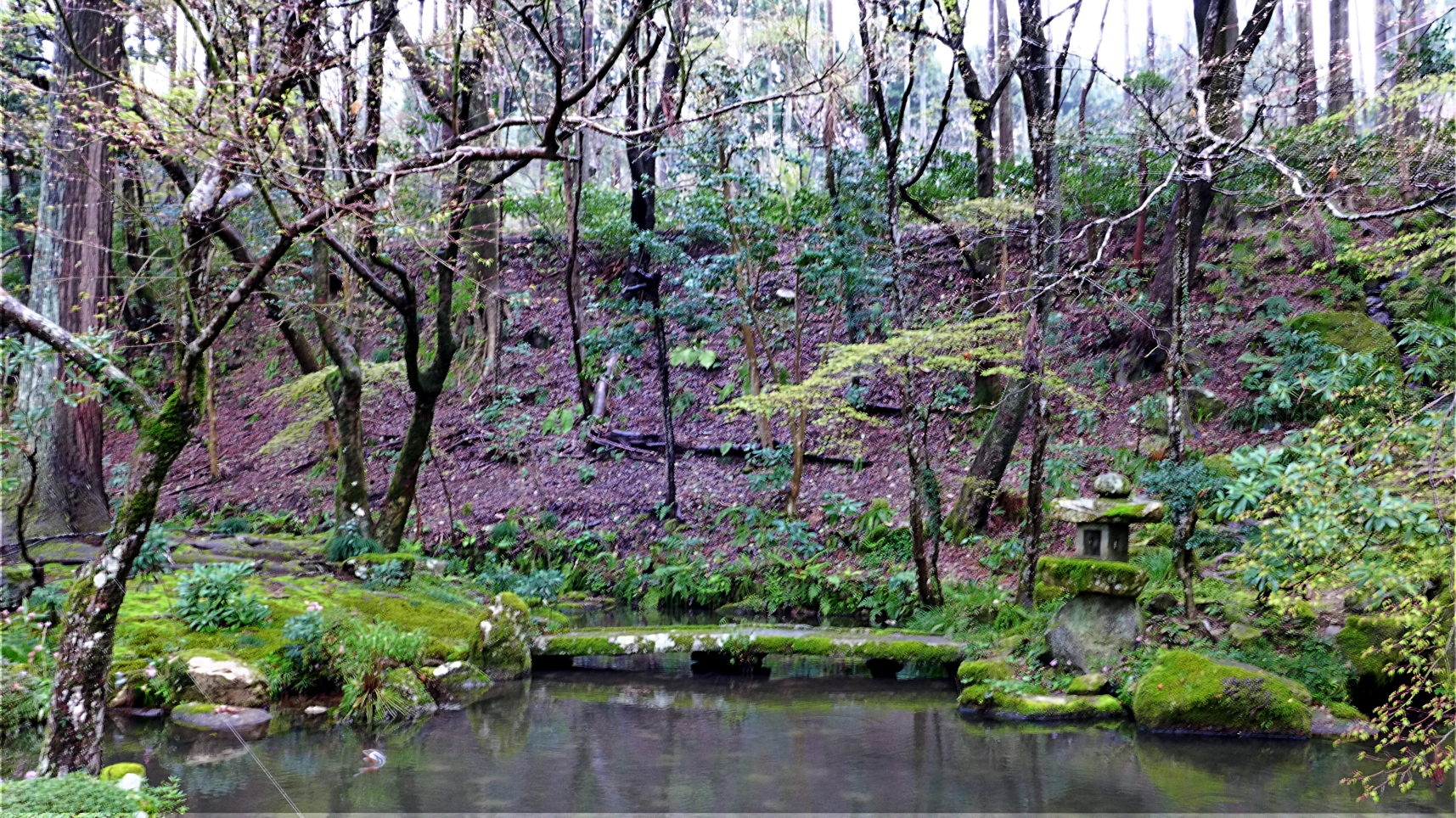 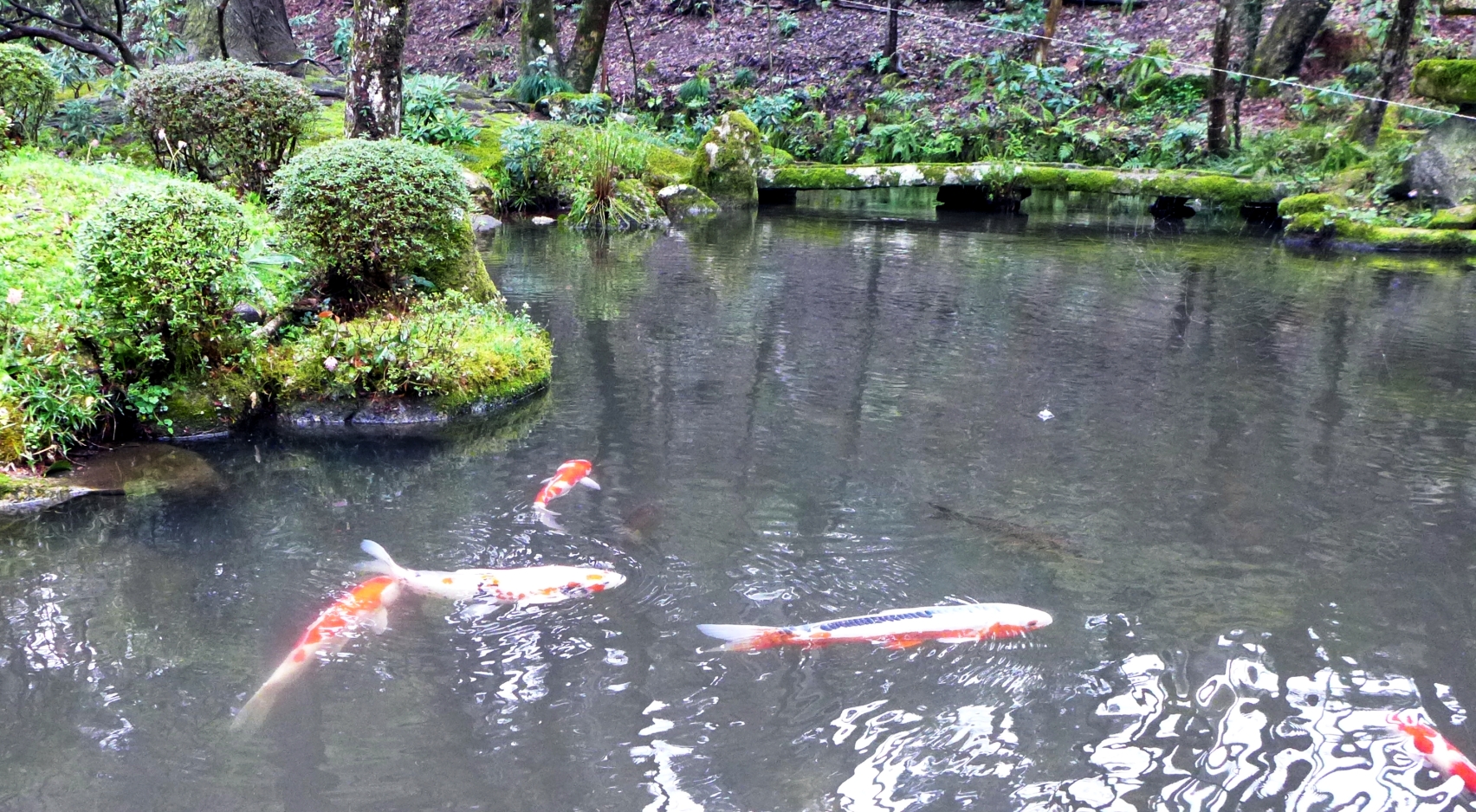 At the top of the temple there were racks of small figurines of Kannon, goddess of mercy, that had been donated by worshippers. I think that this is in order to gain good Karma or attain steps towards enlightenment. Some people had added extra charms to their statues, I assume in order to improve their luck. 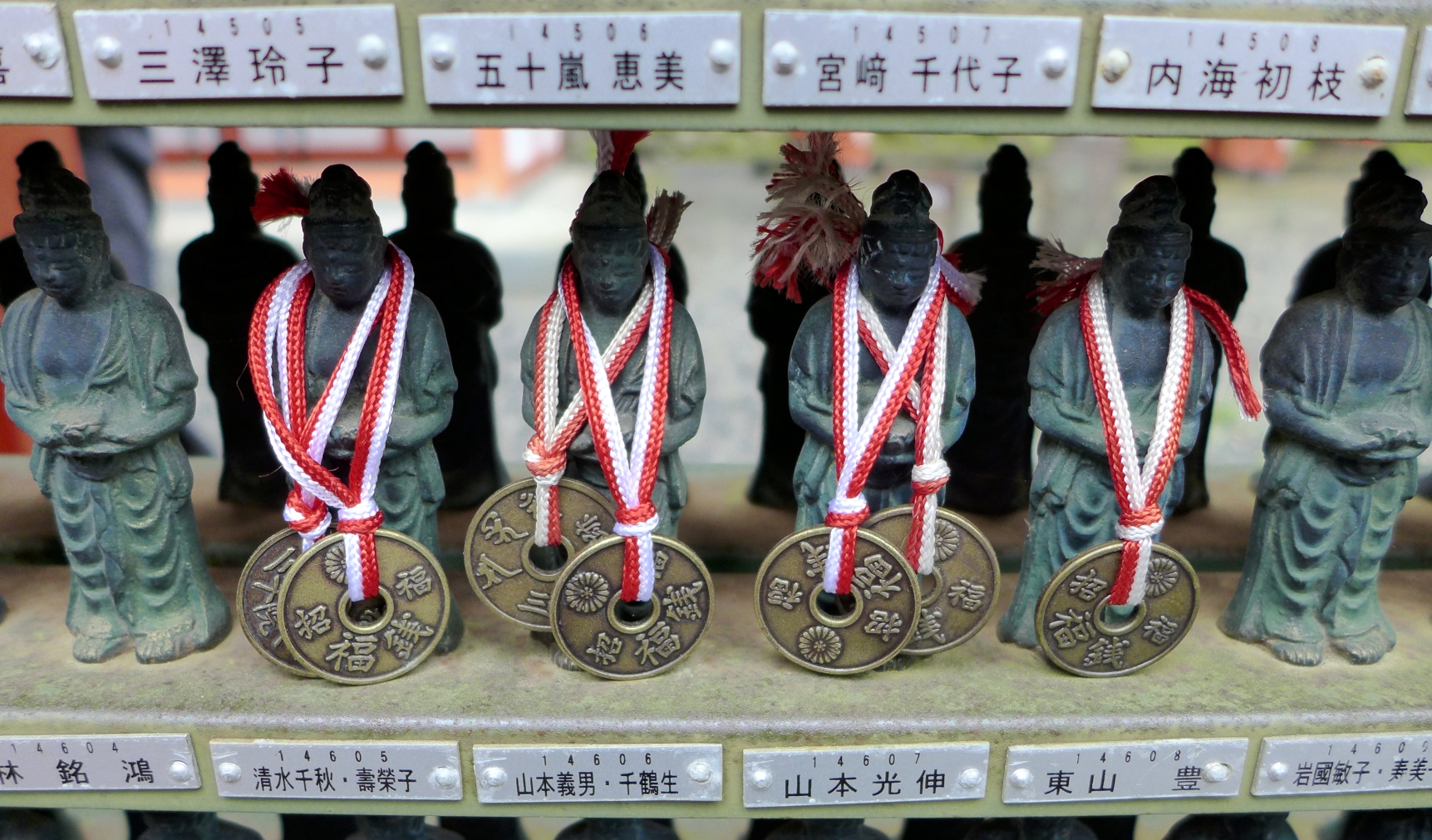 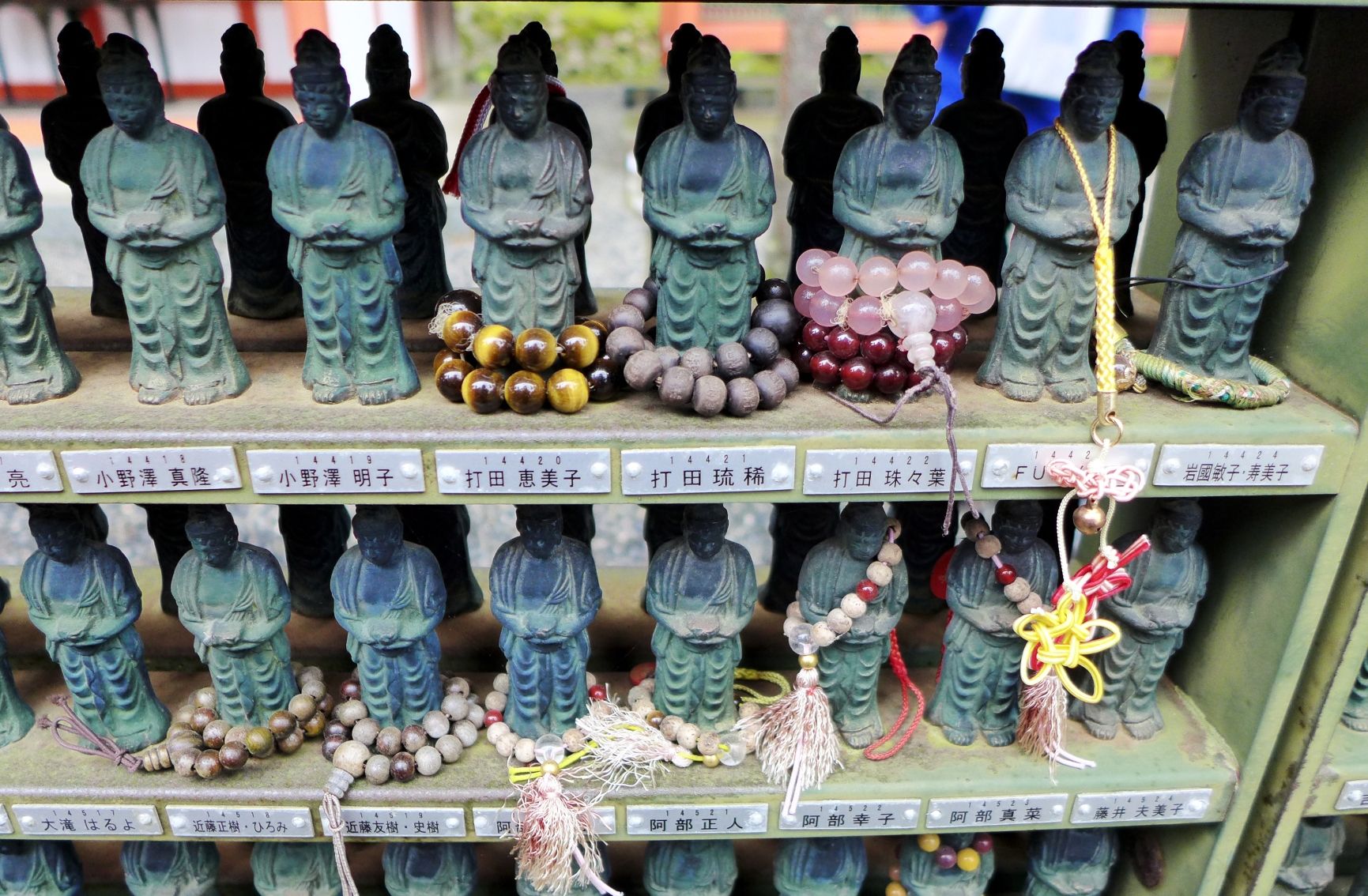 Sanzen-in is a great place to visit all year round, especially with the leaves falling in the Autumn. I would also recommend going in the off-season for a nice tranquil adventure around a large temple garden with several beautiful buildings. Entrance costs 700円 (£3.70). 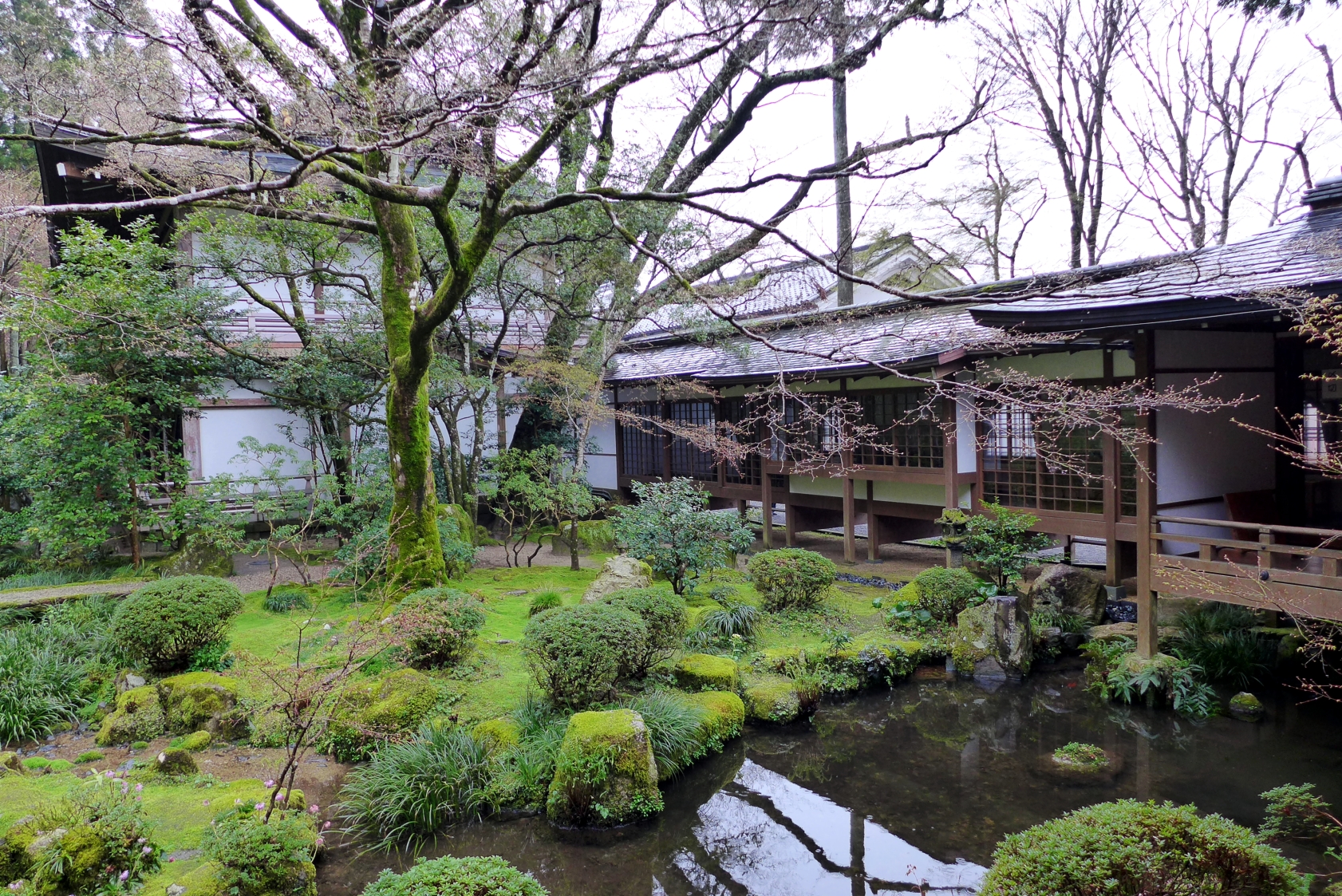 The second temple I want to talk about is the third that we visited. Hosen’in 宝泉院, was founded in 1012 and is home to a number of interesting features. Entering the temple you notice the large pine opposite the gate which is shaped a bit like Mt Fuji. This tree is over 600 years old. In addition there is another 300 year old tree in the temple gardens. 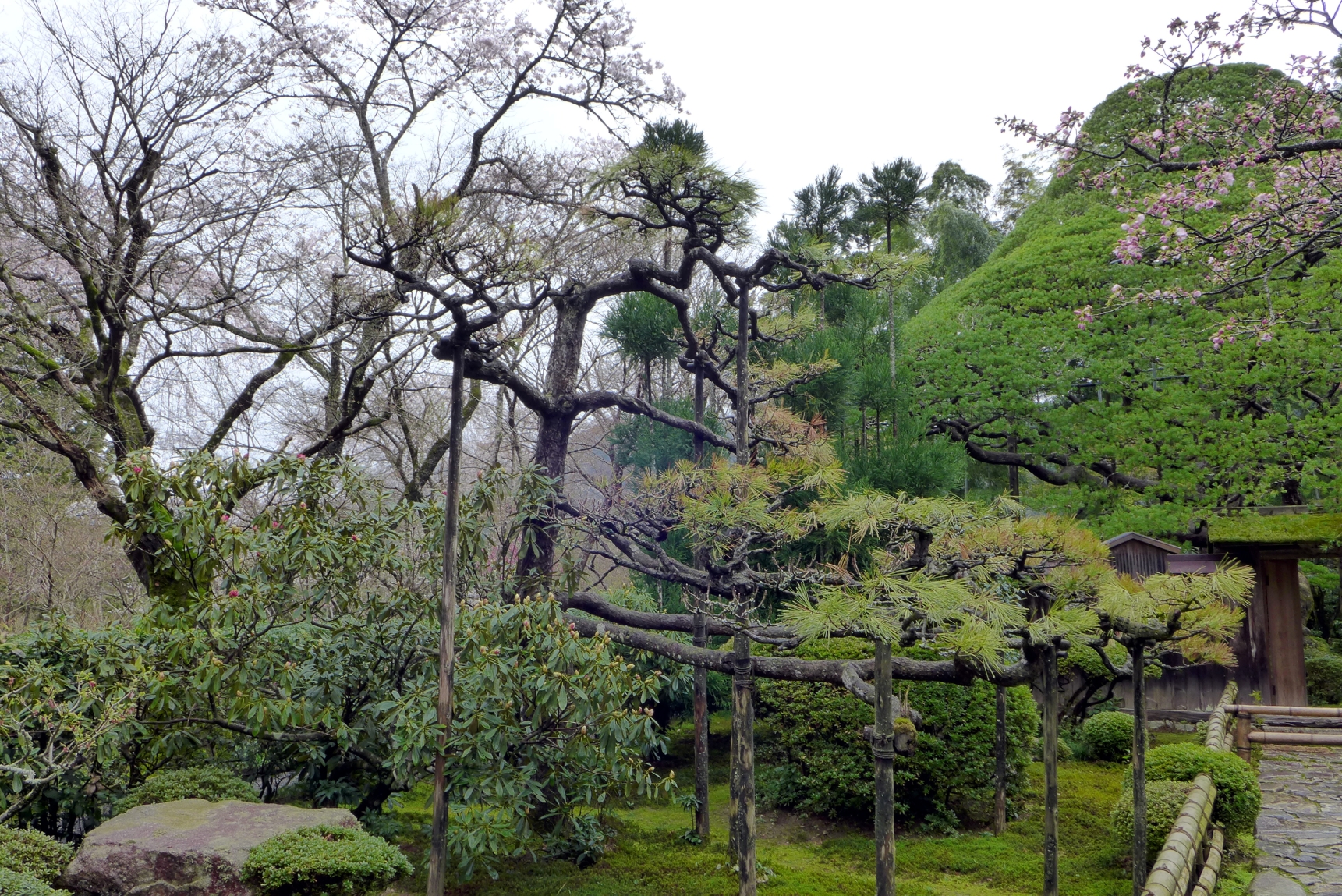 The gardens are famous for their ‘picture’ style – you can sit inside the temple looking out at the gardens and the surrounding wooden temple structure makes you feel like you are looking at a painting. There were many people sitting in the temple enjoying the grounds, as well as a nice monk who was explaining the features of the temple to visitors.

This temple is known for its feature of chi-tenjo 血天井, literally ‘bloody ceiling’. Above the area where people sit to look at the tranquil gardens is a ceiling with a much less peaceful history. The boards of the ceiling originally belonged to the floor of Fushimi castle. This castle was built in 1592 as a retirement palace for Toyotomi Hideyoshi, however, when his regime fell it was commandeered by Torii Mototada, a vassal of the rapidly rising Tokugawa clan. In order to secure the shogunate, it was vital that the Tokugawa clan defeat its rivals, and it was rumoured that a force of 40,000 would be descending on their castles near Kyoto, with Fushimi castle first in line for attack. Mototada promised to sacrifice himself for the good of the Tokugawa clan. 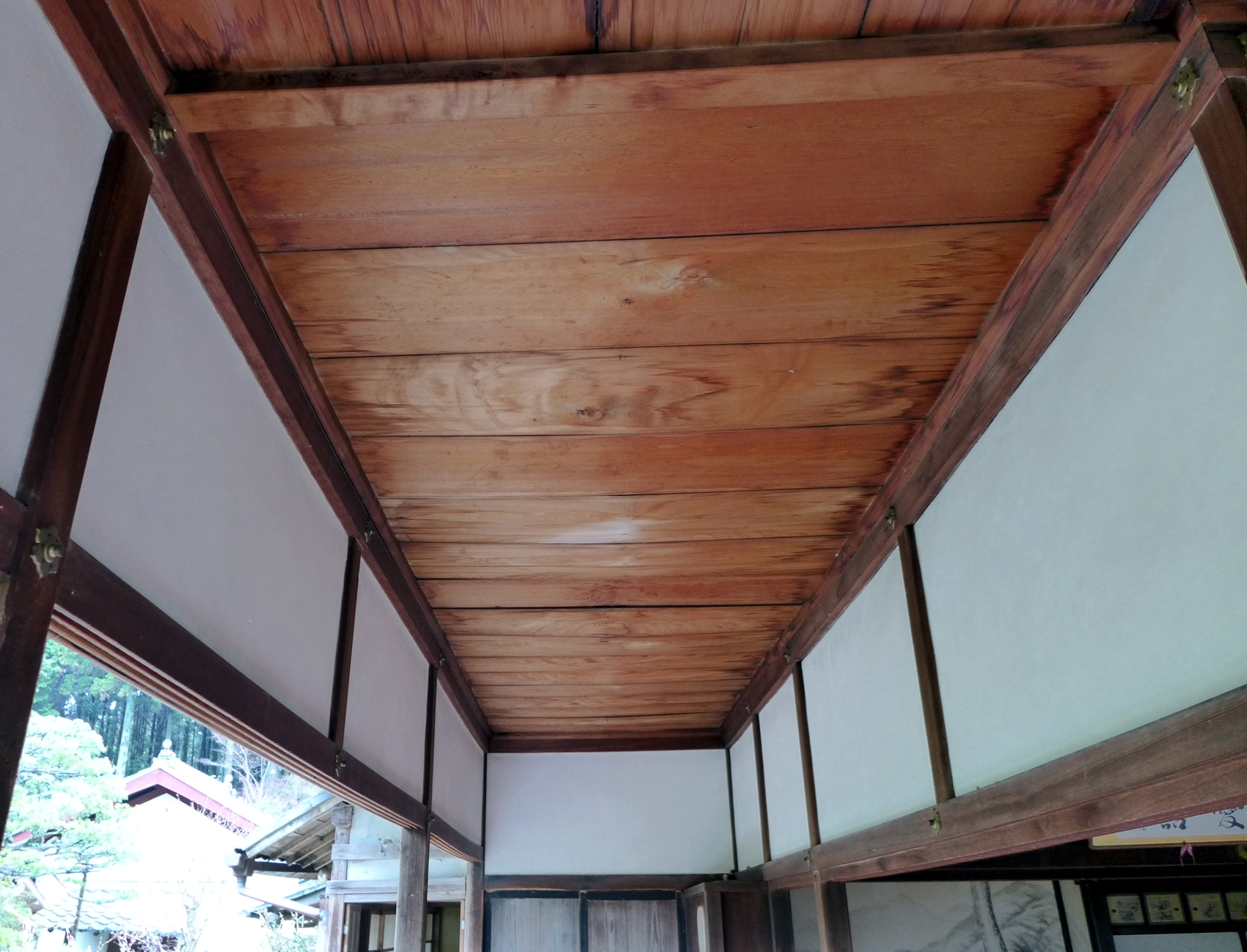 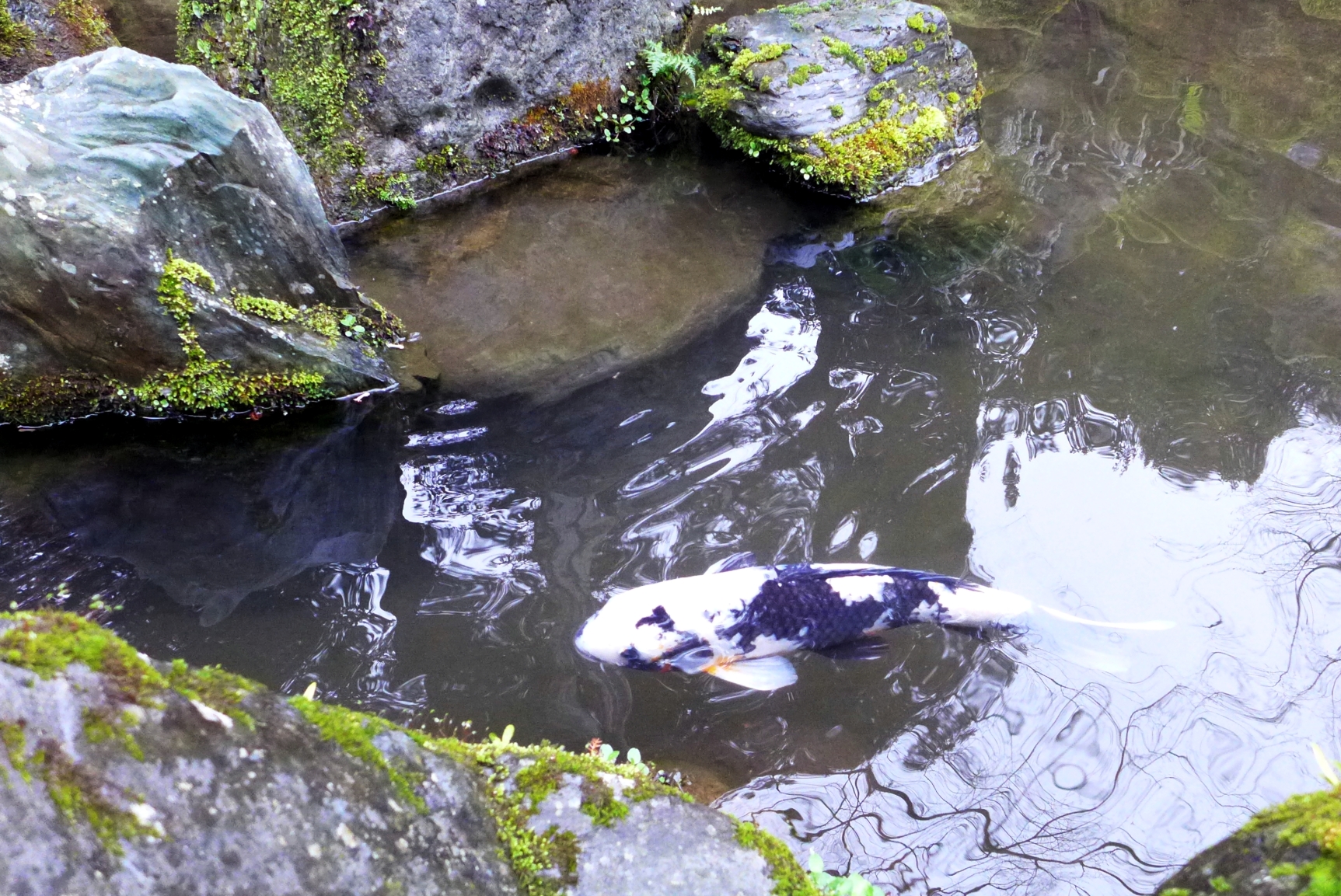 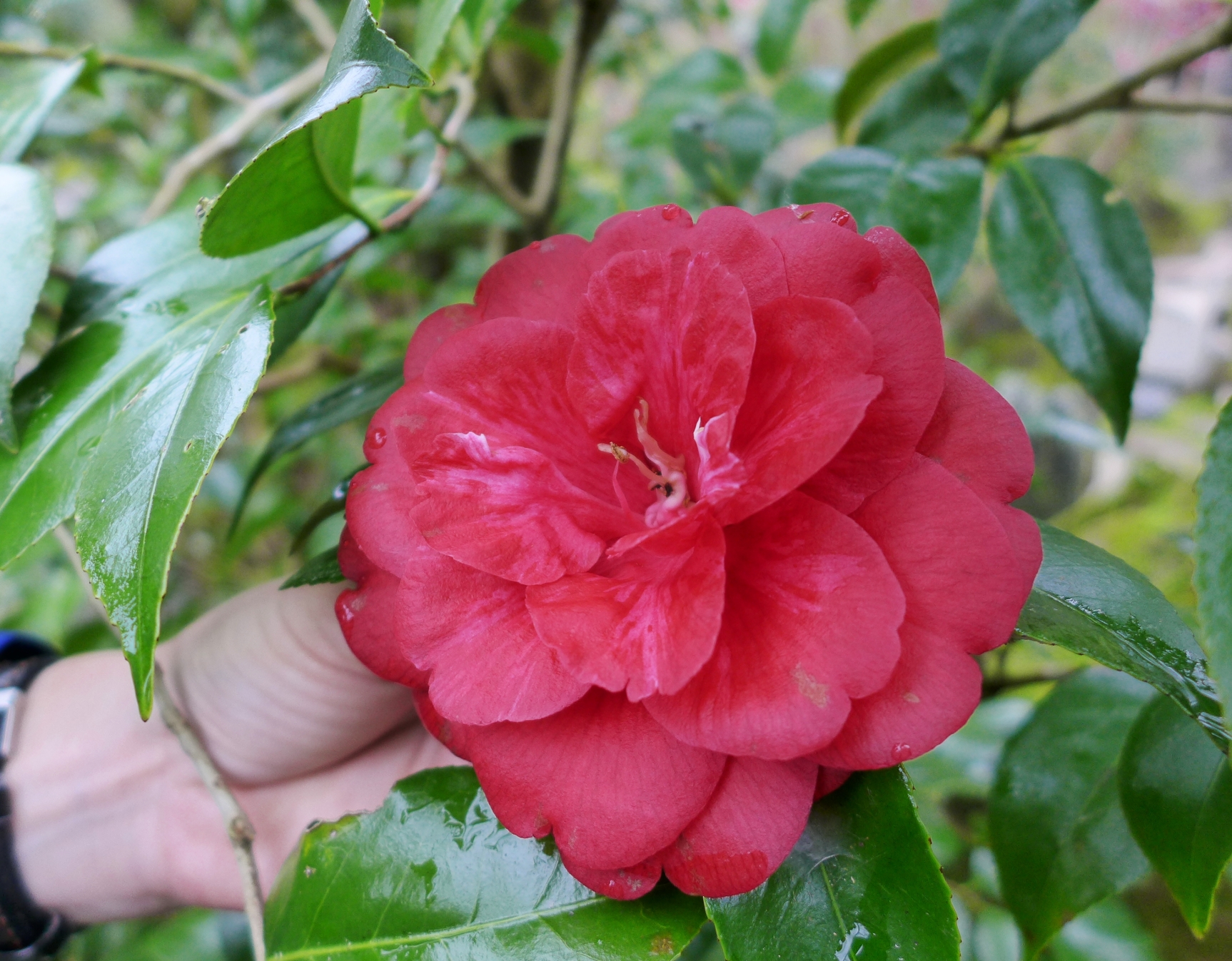 It is said that they held out the castle for ten days against the besieging forces, with a garrison of 2,000. During the siege an arrow with a message tied to it was fired into the castle. The message addressed one of the defenders, informing them that the attackers held his wife and child and that they would be crucified unless he betrayed his people. Soon after a fire was set within the castle, but the defenders fought on until there were only ten of them remaining. Seeing that they could not hold the castle much longer, Mototada and his men committed seppuku, ritual slitting of the belly, so as to die honourable deaths. In holding the castle for so long they had given the Tokugawa time to gather their troops, securing victories that led to the Tokugawa shogunate, which lasted over 150 years. 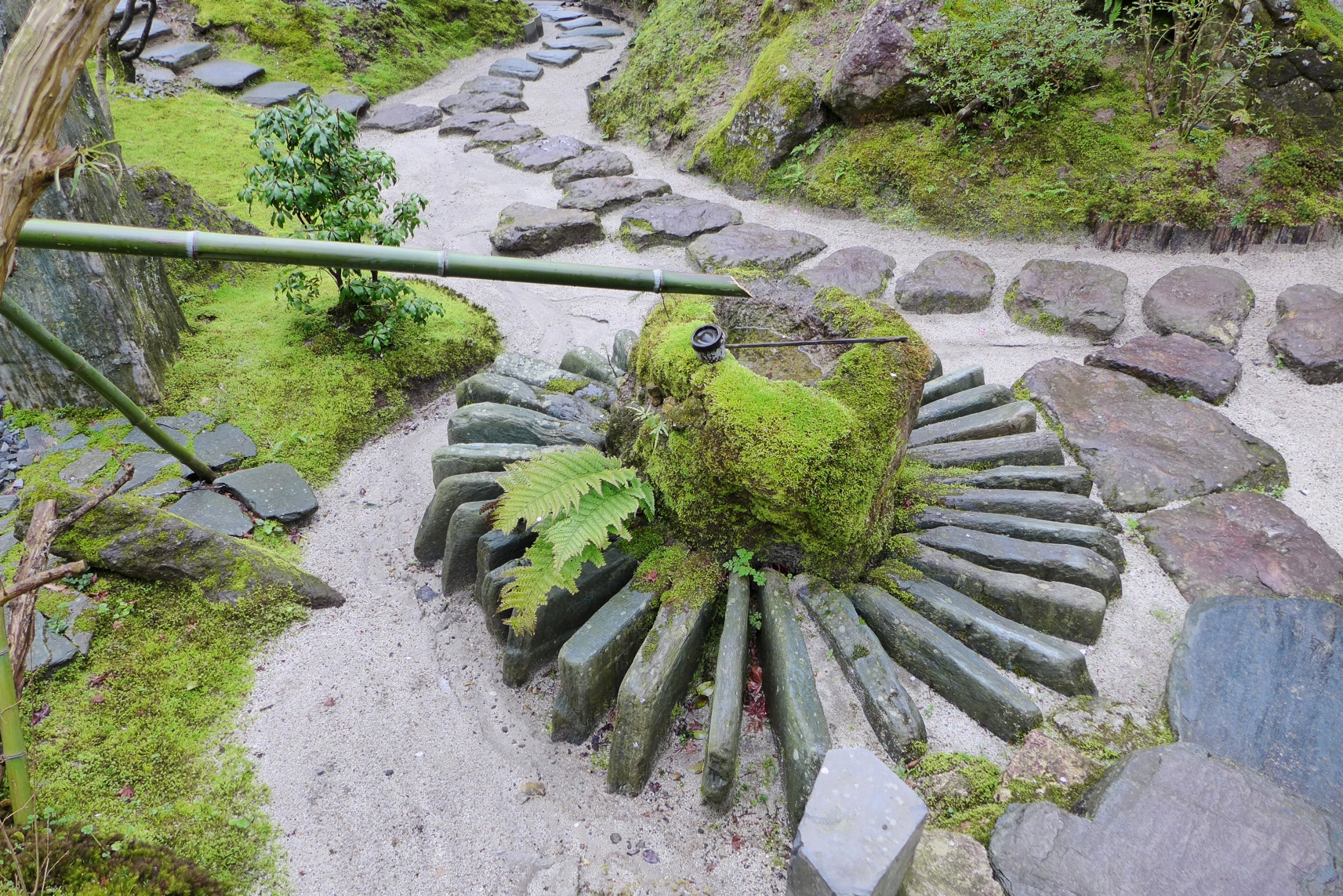 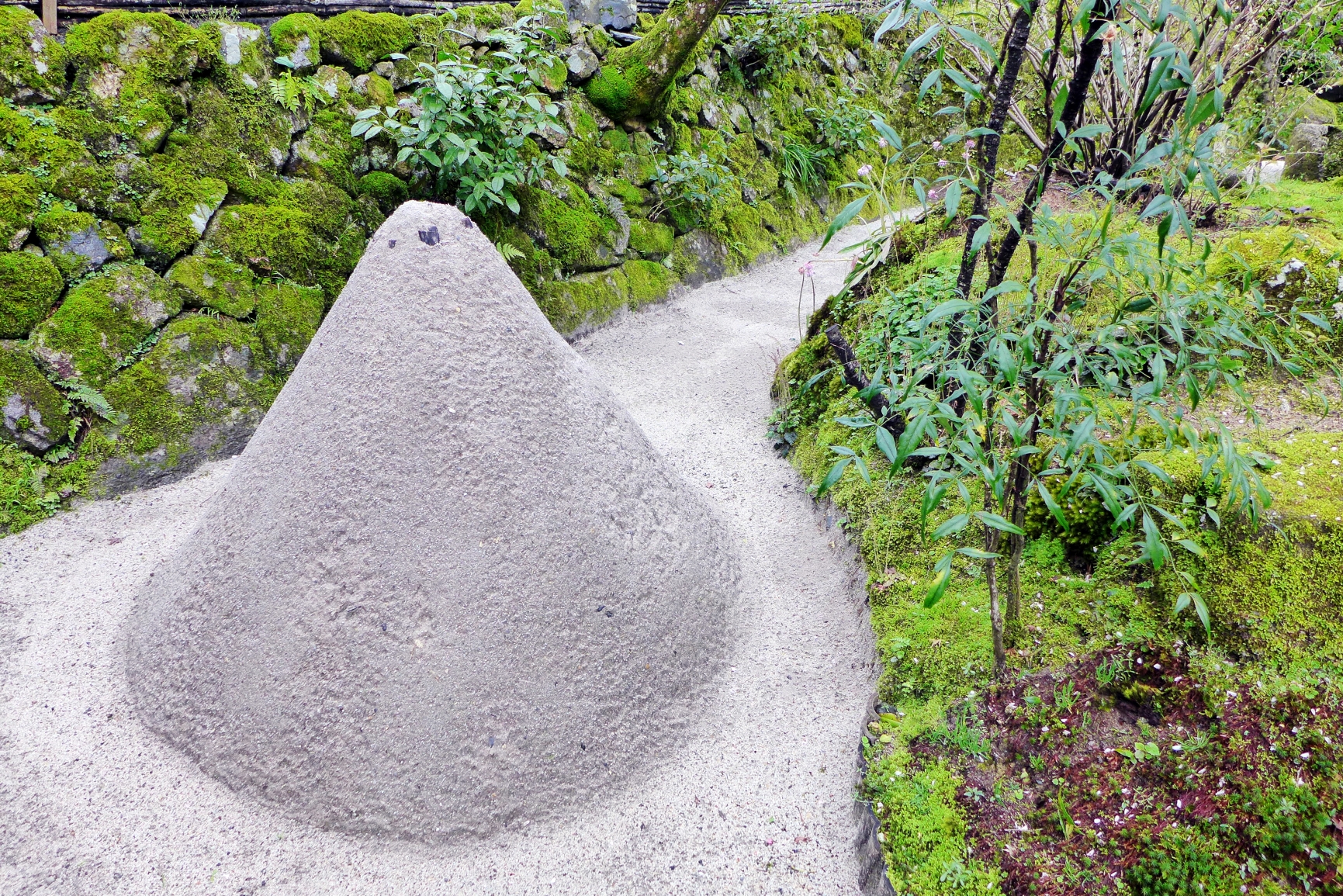 The ceilings of several temples in Kyoto used the bloodied planks from the castle in order to commemorate these men and their embodiment of samurai spirit. A grim story, but still very  interesting. The blood was not very visible on this particular ceiling but I think I could see some. 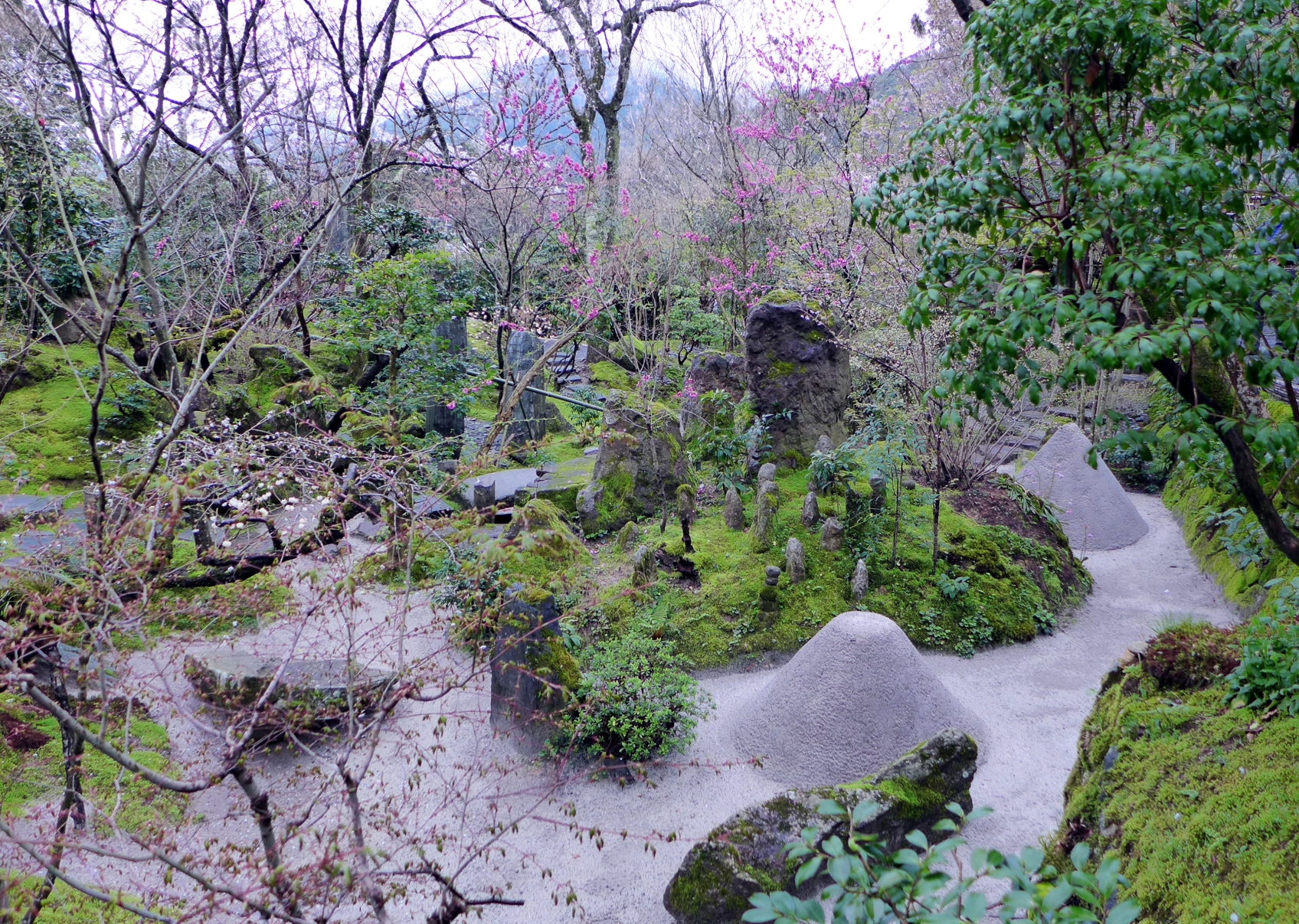 I would recommend visiting Hosen’in if you find yourself in Ohara – it has several really interesting features and is a tranquil, relaxing temple. The zen-style gardens around the side of the temple were also beautiful. Next time I will talk about the other three temples I visited in Ohara.

One thought on “大原 Blood on the Ceilings, Princes in the Halls”