Walking around Kyoto, you come across a temple almost every 5 minutes. You would think that this would house all the kami (gods and spirits) and provide ample space for worshippers, but it seems the kami are facing some kind of housing crisis. Glance down an alleyway or turn a corner and you might just stumble upon a tiny shrine.

These shrines, usually known as hokora (祠) are dedicated to various lesser kami that aren’t attached to a nearby shrine. Though the hokora are Shinto in origin, they often bear the Buddhist swastika, marking them as a religious site. Also in Kyoto many of the hokora are dedicated to Kannon, a bodhisattva – Kannon is one of the links between Japanese buddhism and shinto that shows just how mixed the two religions are, the god is both a kami and a bodhisattva. Therefore its probably better to just call them ‘Japanese’ rather than attempting to assign them a specific religion; some even concern local gods or lore rather than gods part of the whole country’s religious discourse. 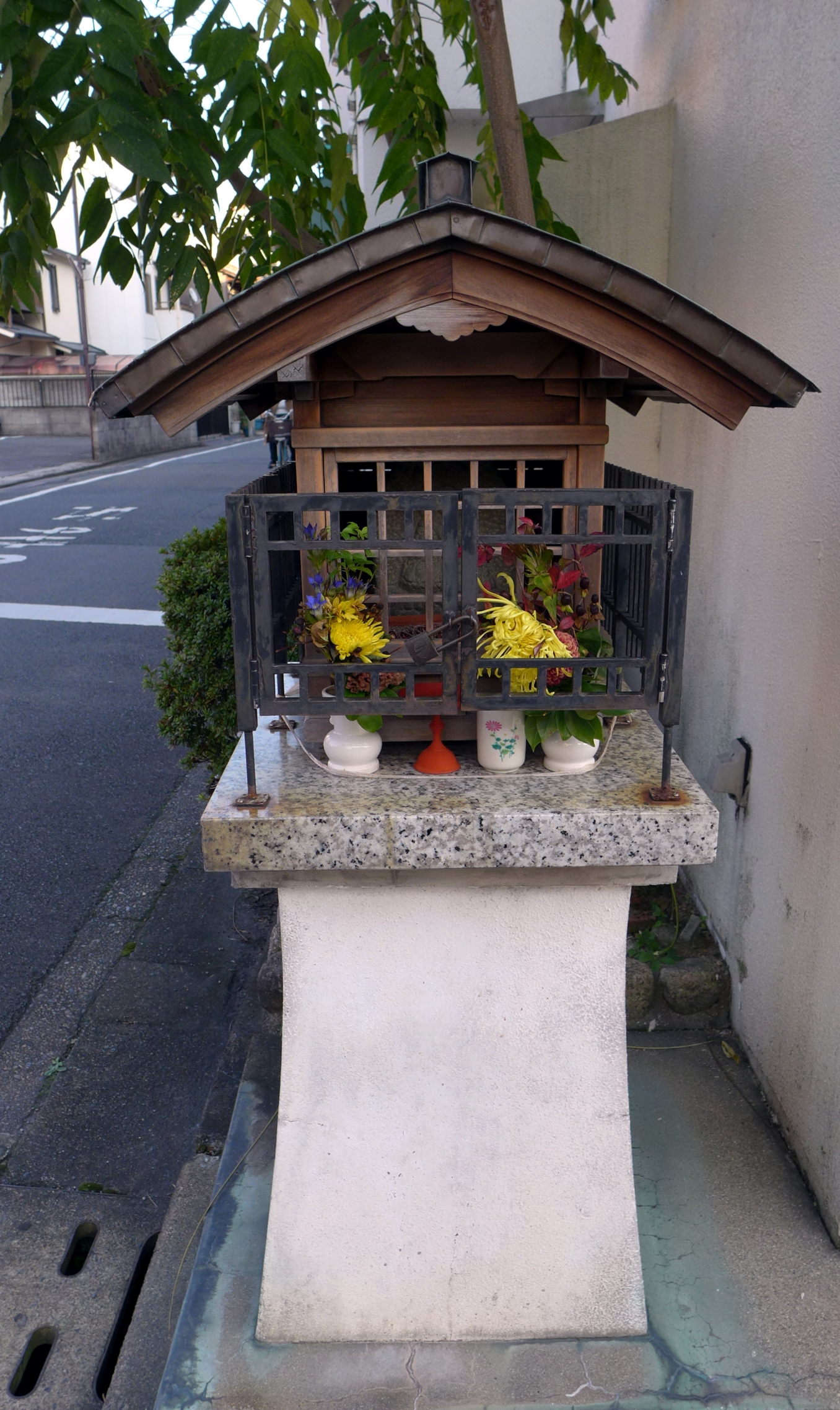 The hokora below has an inscription that reads “Commemorating 2600 years of the imperial era. Continued luck in the fortunes of war. Safety and wellbeing for one’s family“. Intrigued, especially by the reference to war, I looked up when 2600 years of the imperial era was – it was 1940, explaining the military inscription. February 11th 1940 was celebrated as 2600 years since Japan’s first Emperor, Emperor Jimmu, ascended the throne according to the Nihon Shoki.

The very specific date of Feburary 11th for Japan’s founding is based on the old lunasolar calendar – according to the Nihon Shoki the Emperor ascended the throne at new year. This falls around the end of January, but the Meiji government, upon making it a national holiday, designated Feburary 11th to make sure people distinguished it from lunar new year.

The Meiji government made Foundation Day a national holiday in order to further legitimise the Emperor as the one sole ruler of Japan by celebrating the ‘unbroken’ bloodline. I say ‘unbroken’ because historians think that the first Emperor was actually usurped by the second or third Emperor rather than the Nihon Shoki’s assertion that the second Emperor was his son. Not to mention that the Nihon Shoki claims that the first Emperor lived to 126, making it even more historically dubious (it also says he was descended from a god…).

After World War II, Foundation Day was banned due to its connection to the cult of the Emperor and State Shinto. It was re-established in 1966, but without the same nationalistic ceremony or links to the Emperor it had before. It is now a day to reflect on what it means to be a Japanese citizen rather than an overt display of nationalistic pride.

Hokora come in all shapes and sizes, some have lanterns, some have flowers, some have inscriptions explaining the temple they belong to, whereas others give no clue as to what god or temple they are linked with. The last two are hokora I saw in Kobe; the first in an alleyway to the side of a busy shopping street, and the second at the side of the harbour. 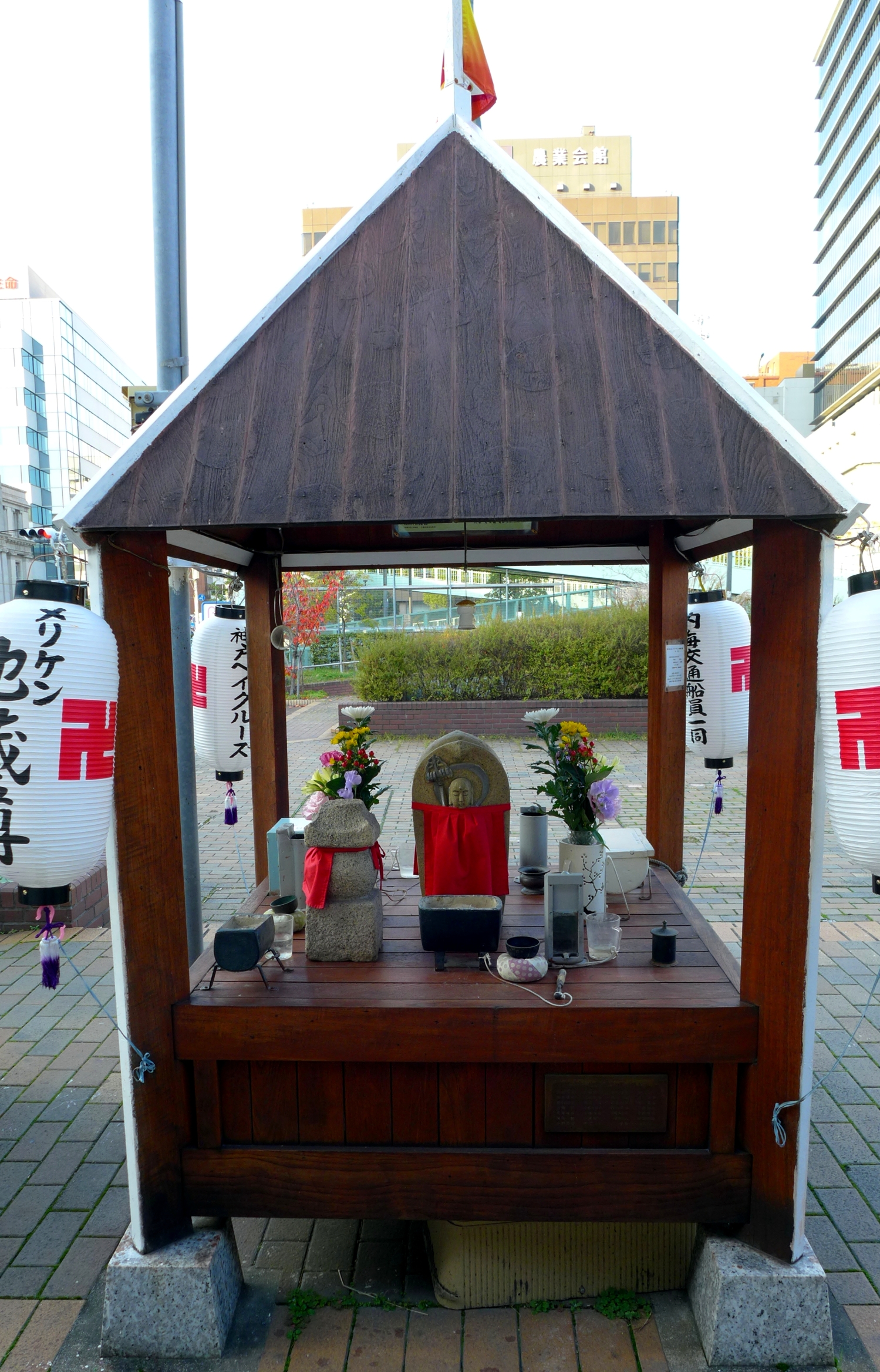 Though small, these hokora are fun to spot and are always different. They often have fresh flowers, so it must be someone’s job to refresh them regularly. These tiny shrines are one more thread adding to the rich tapestry that is Japanese religion.

One thought on “日本 Gods in Tiny Houses”