After class today I took a trip south on the train to Gion-Shijo with no real destination in mind – it was sunny so I figured I should make use of the daylight while it lasted. Upon arrival in Gion-Shijo I realised I’d forgotten my Shuin book, and I was reluctant to go to a temple without getting a stamp – it seems I have become a collector. Instead I turned West, towards Shijo, a busy shopping district, and hunted down Nishiki Market.

If you read any guidebook on Kyoto, there will be some mention of Nishiki Market (錦市場). This market is just north of Shijo street and sells any Japanese food you can think of. As soon as I stepped into the very narrow street I was cocooned in smells of cooking and spices – there are plenty of stalls selling food to eat straight away, not just groceries to cook at home, so there is an intense cooking smell.

I took a stroll up and down the market, taking in the wide variety of shops and small restaurants and snapping pictures when I thought the owners weren’t looking (it feels rude taking pictures of stalls when you don’t intend to buy anything off them). It turns out its currently the ‘End of Year Market’ (according to the 歳の市 sign hanging at the start of the market), I’m not sure if this means there is something special going on as this was my first time but I’ll be sure to note the difference when I go next year. 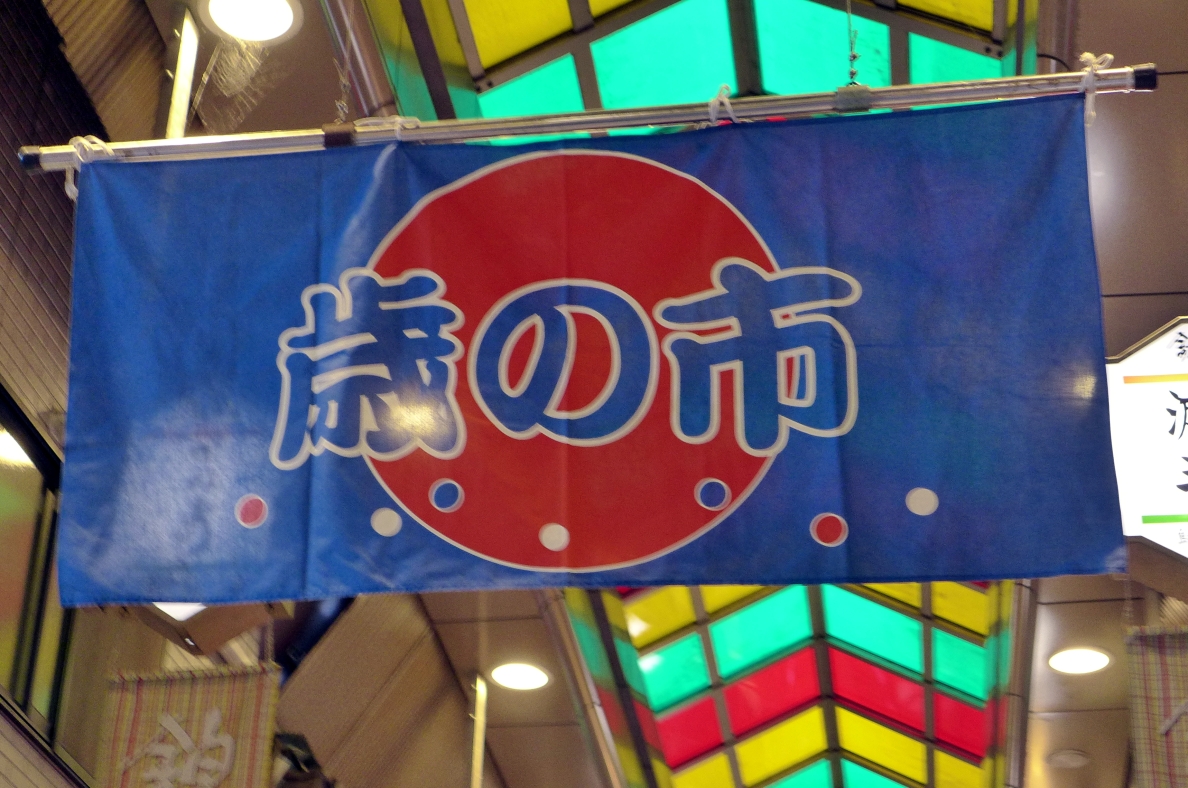 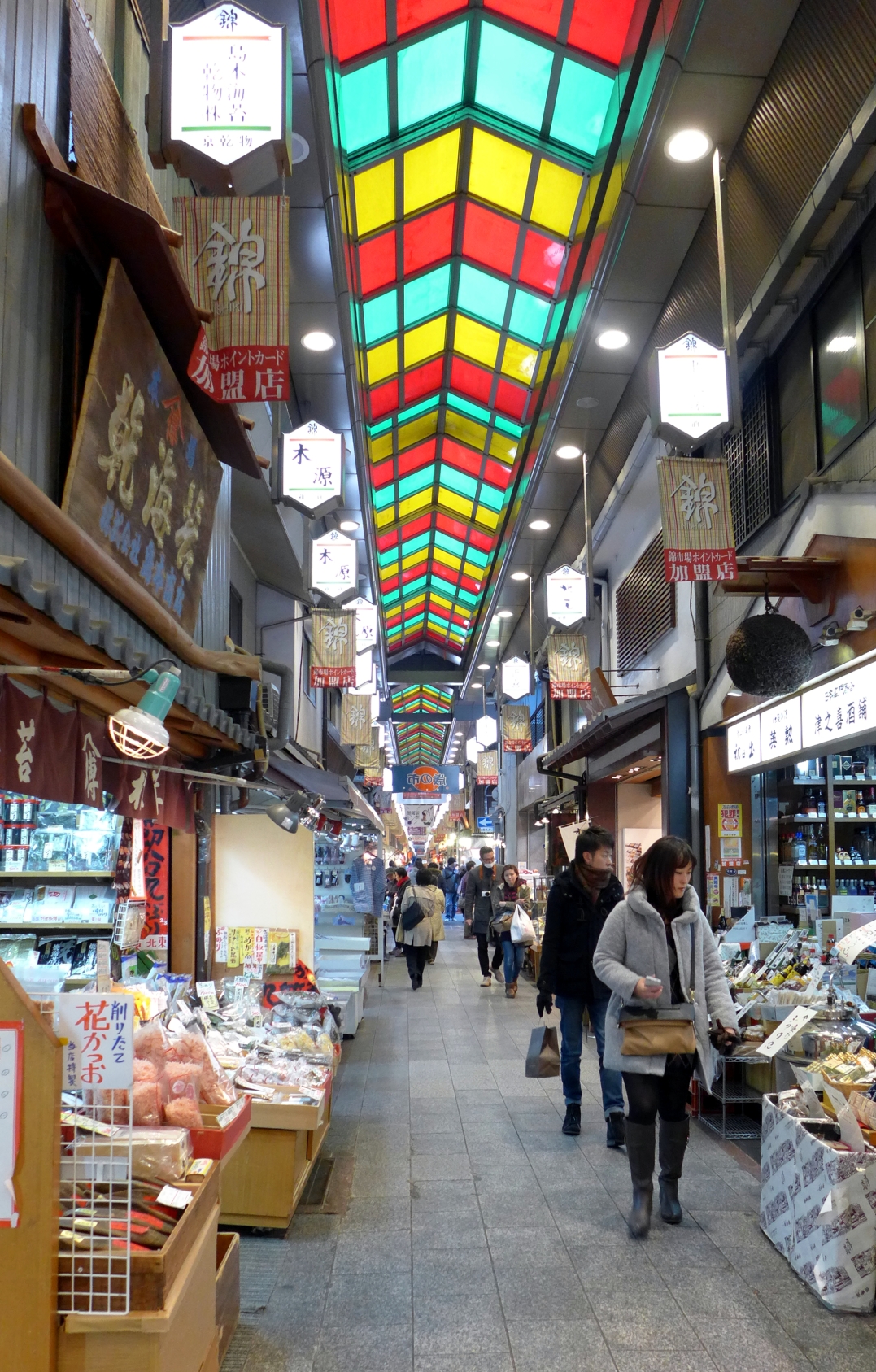 The market has a long history; the area Nishiki, where the market is located, is special in that the groundwater under the market remains under 15 degrees (centigrade) all year round. As a result merchants have been using it to keep fish fresh since the 8th century, creating a market above the water. The market’s scope broadened gradually, becoming the supplier of fish to the Imperial Palace in the 16th century, and eventually branching out into fruit and vegetable produce alongside meat and fish. 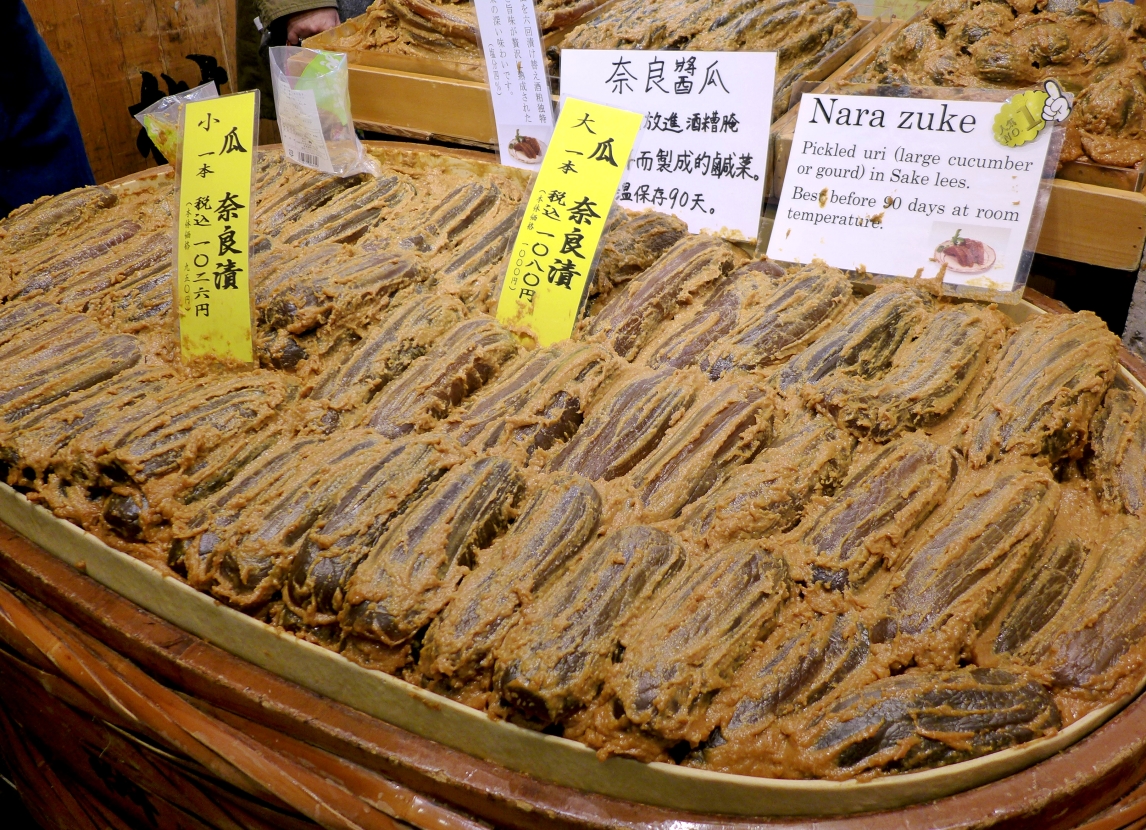 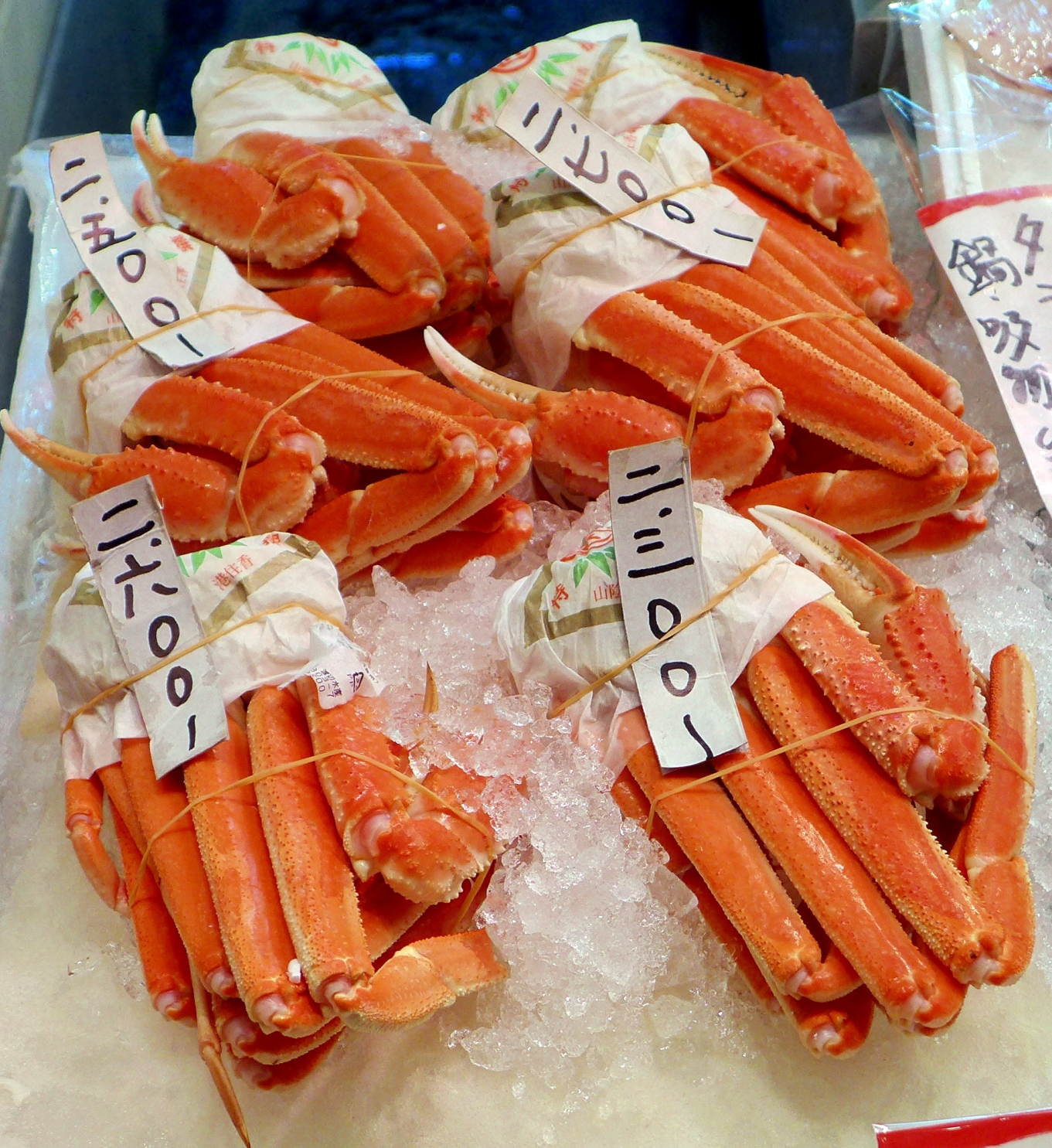 Throughout the 20th century, the survival of Nishiki Market was uncertain; Kyoto Wholesale Market opened in 1927, providing cheaper fish in bulk, and Nishiki’s groundwater was slowly depleting. Several shops were driven out of business or had to move in order to survive, but the result was a market dedicated to quality and freshness in order to compete with the cheap fish of Kyoto Wholesale Market. This means that while the prices at Nishiki may be higher than elsewhere, the quality is excellent and the shops often go back many generations, passing down traditions and knowledge. 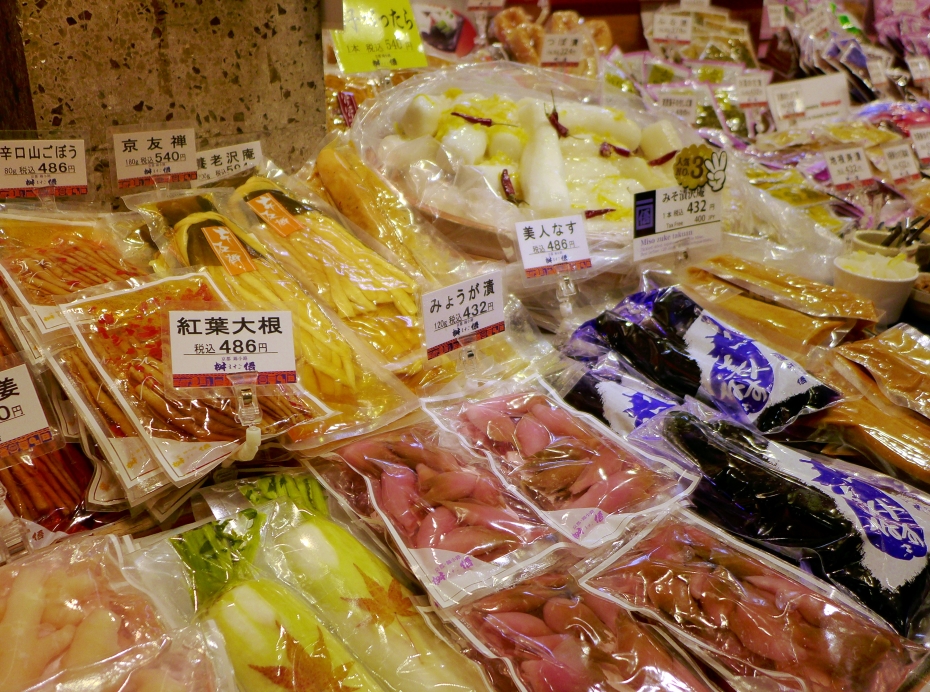 Most product at Nishiki Market is grown or caught locally – the freshwater fish are caught at the nearby lake Biwa (琵琶湖) and the vegetables are grown in the Kansai region. There is a focus on ‘Kyoto Yasai’ (京都野菜) or ‘Kyoto Vegetables’ – vegetables that are prominent in Kyoto cooking and are specialities of farmers near Kyoto. These Kyoto Yasai include aubergine, spring onions and bamboo shoots. They also seem to like everything pickled or dried – you can get almost anything in pickled or dried form. For more information on Kyoto Yasai this is a pretty good article. 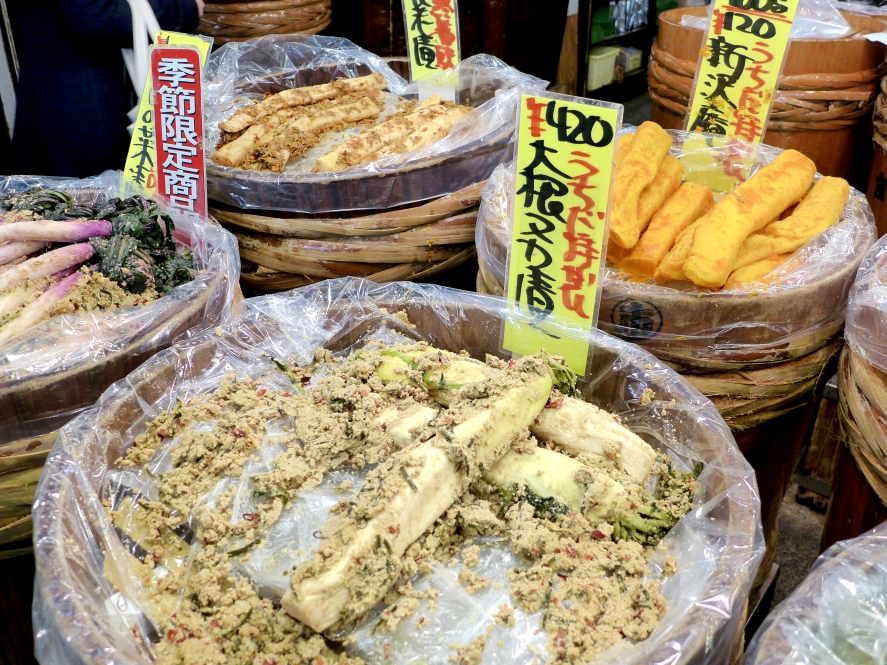 Kyoto’s sister city is Florence, Italy (since 1965), and so Kyoto’s Nishiki Market is twinned with Florence’s Mercato Centrale. As a result you can find some pasta and Italian foods if you look carefully and apparently the Mercato Centrale has some stalls with signs in Japanese. Though both markets mostly stick to their own style of cooking and produce, it’s a nice gesture of goodwill and cross-cultural cuisine. 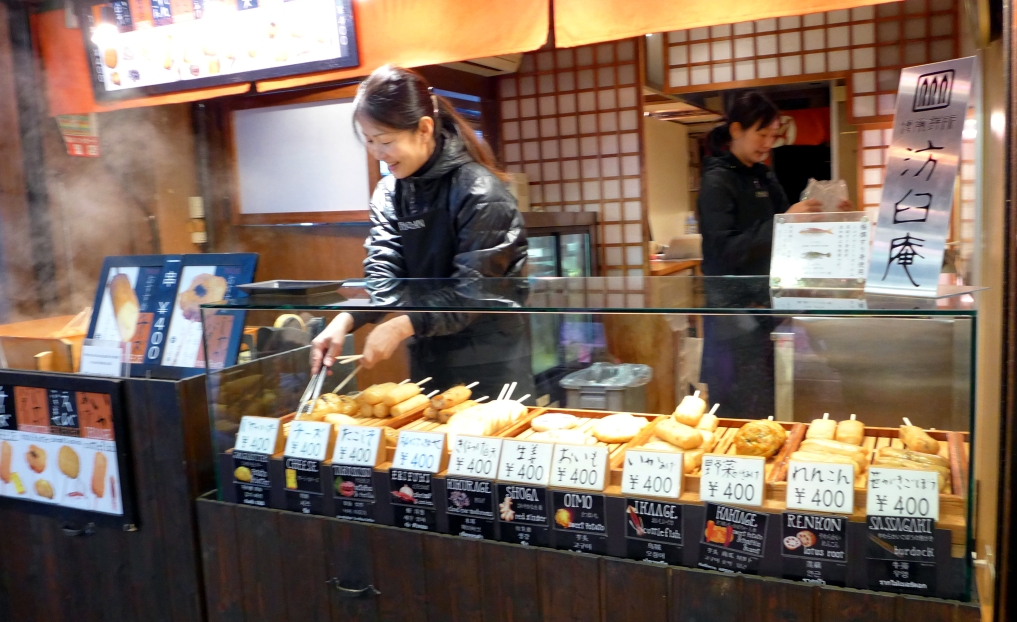 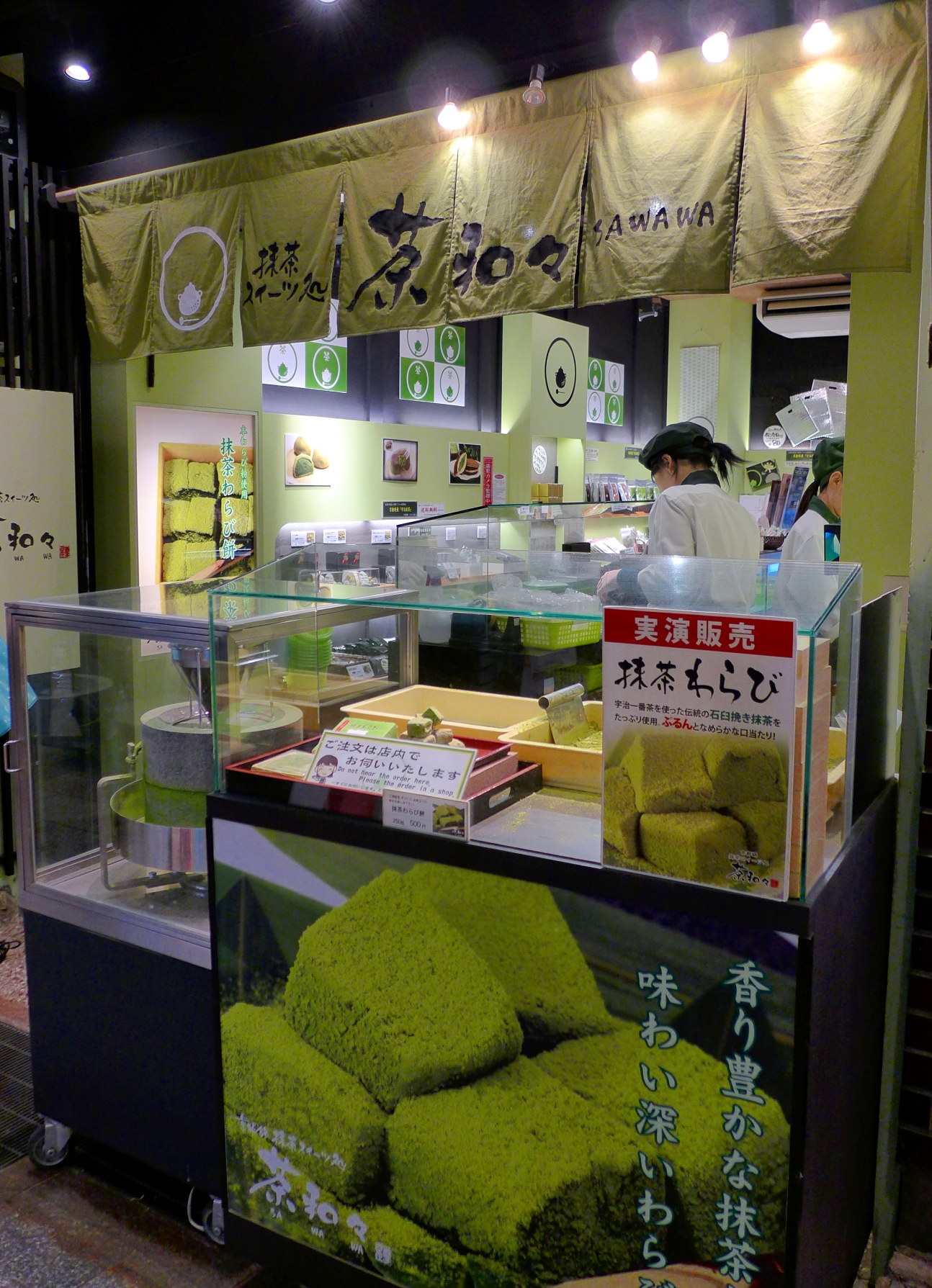 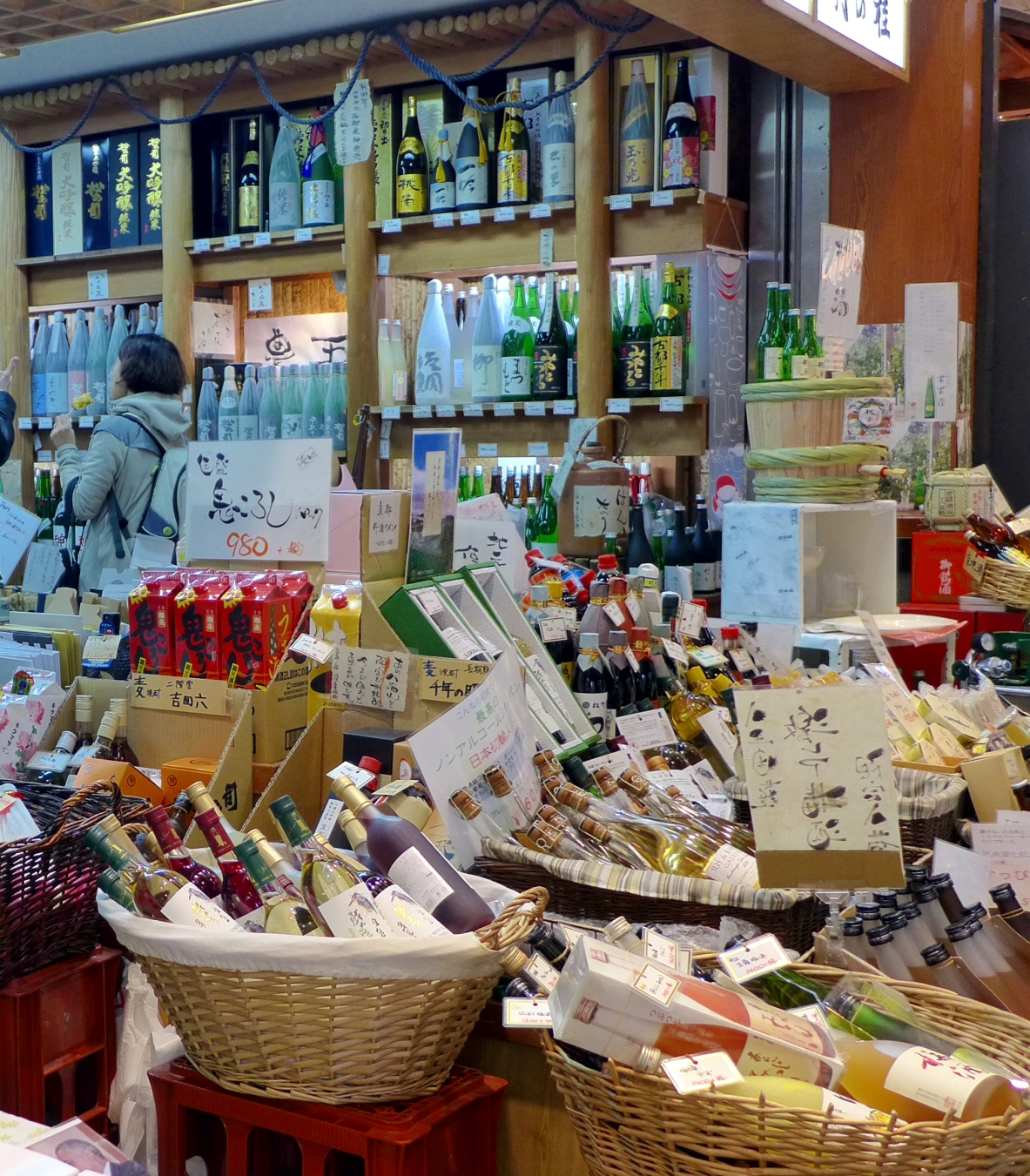 I simply couldn’t go to a market full of amazing food and smells without eating something. To be honest most of the food I saw I didn’t recognise or couldn’t name, so I decided against buying something odd, and settled for a grilled squid on a stick for 180円 (95p). To some that might still be pretty alien, but I found it absolutely delicious. It was really tender and the sauce was slightly sweet. I probably could have eaten ten of them but I restrained myself. 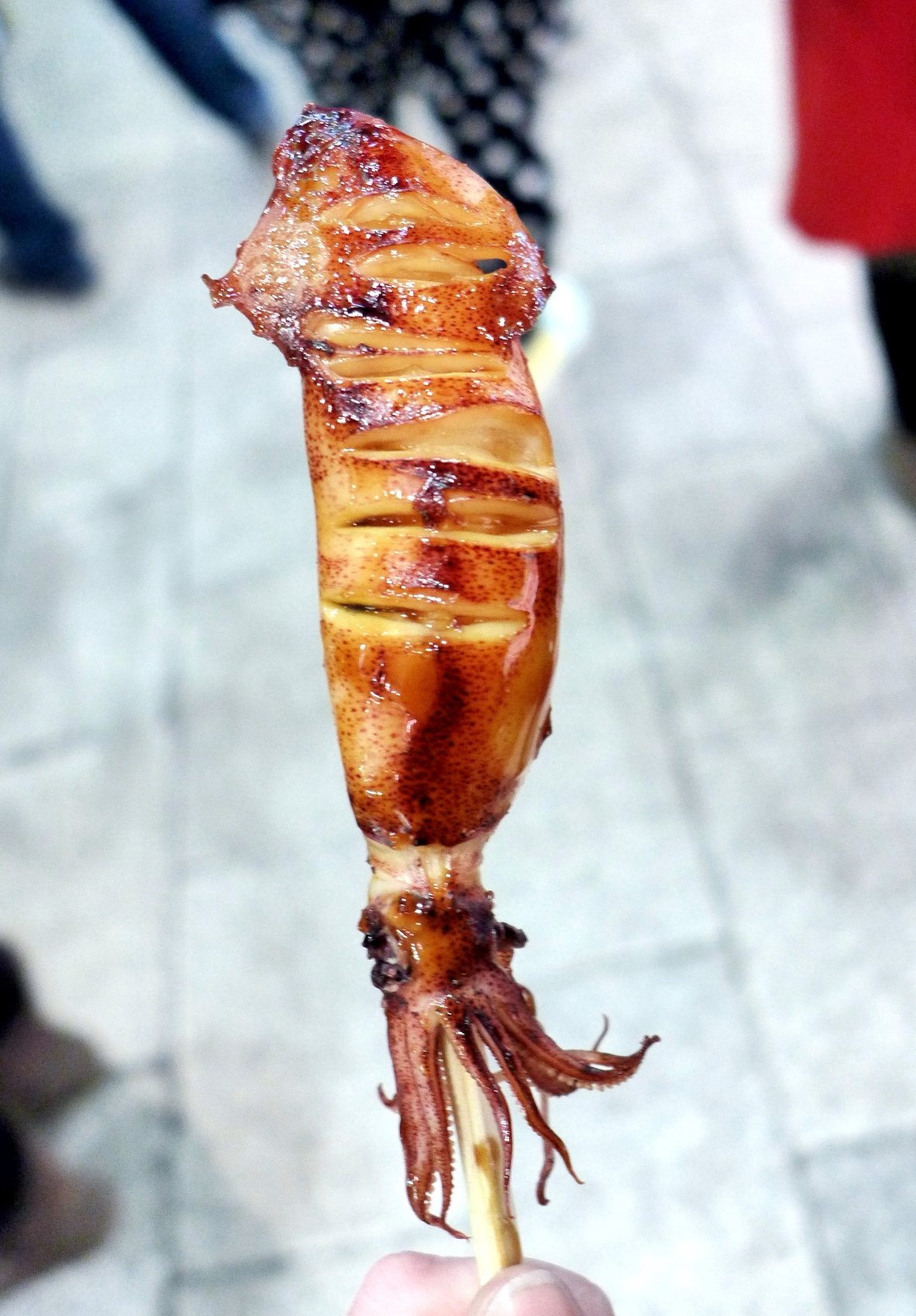 If you visit Kyoto I would strongly recommend Nishiki Market – you can always just go for the half hour it takes to walk the length of it. It’s also a great place to go if it’s raining because the whole market is covered. The market is open from 9 – 5, but on Wednesdays and Sundays a lot of the shops are shut, so bear that in mind. You could also combine it with the Teramachi shopping arcade to the Eastern side of the market for a day of rainy-day shopping – you could even throw in some purikura!

5 thoughts on “錦市場 The Kitchen of Kyoto”